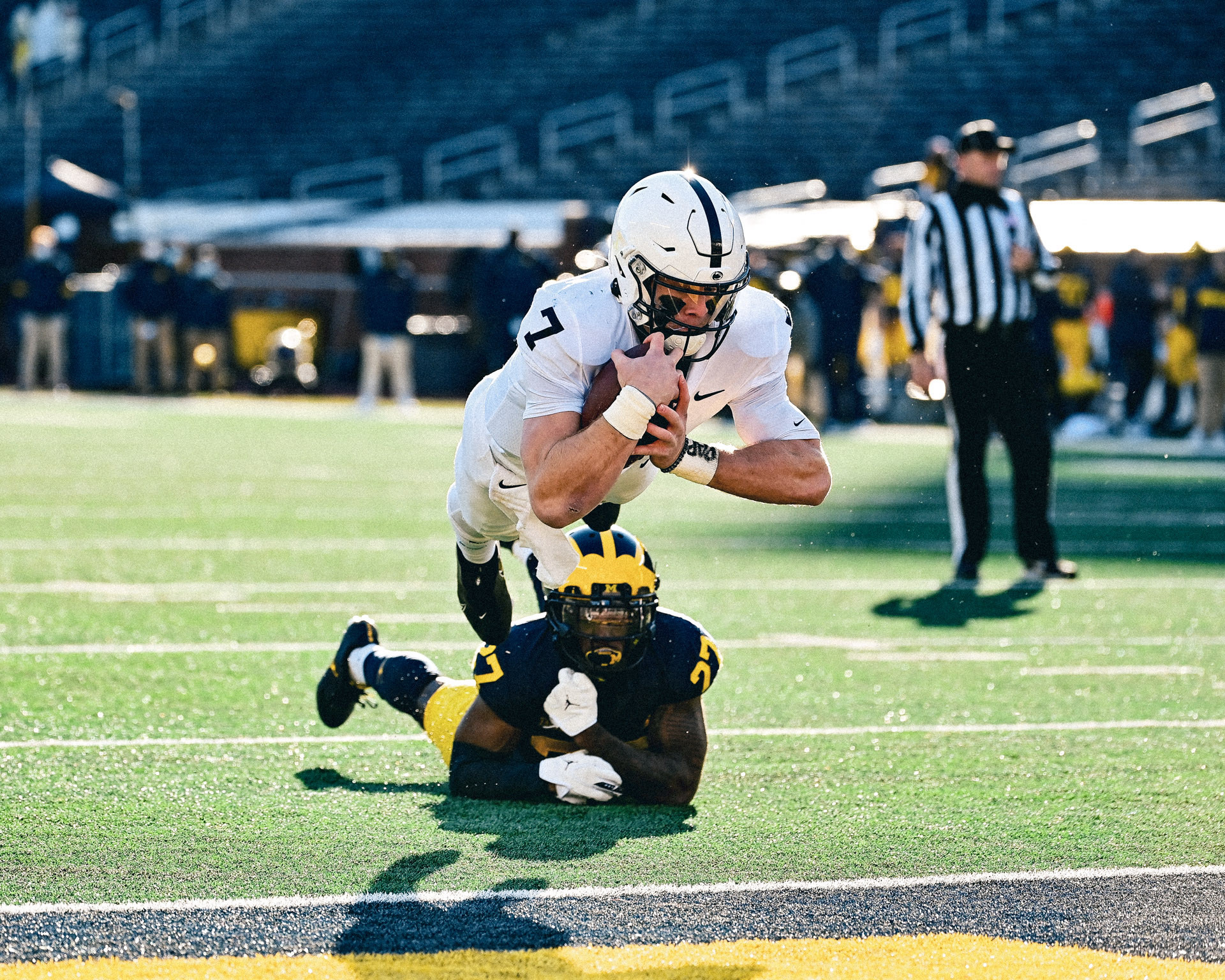 The joy from a win over Rutgers was short-lived for the Michigan Wolverines (2-4) as they lost to the Penn State Nittany Lions by a score of 27-17 on Saturday afternoon in Ann Arbor. Penn State was 0-5 heading into the game.

Cade McNamara went 12 for 25 for 91 yards. Hasaan Haskins had 17 carries for (101 yards and two touchdowns. Ronnie Bell had four catches for 40 yards.

The Nittany Lions struck first with a touchdown on their opening drive. Penn State was close to scoring again on their next drive, but a false start on 4th and 1 and subsequent missed field goal gave Michigan an opportunity to even things. They would do so with help from Hasaan Haskins, whose 59-yard run and two-yard touchdown run helped even things at 7.

The teams traded punts for a bit until late in the second quarter, when Sean Clifford ran it in from 28 yards to put the Nittany Lions up by a touchdown. After both teams went three and out, Michigan fumbled its punt return allowing Pen State to recover and add a field goal to take a 17-7 lead into the half.

McNamara was hurt early in the game after taking a hit on a scramble. The hit affected him throughout the contest and Joe Milton saw lots of time as a result, especially in the game’s final minutes.

In the second half, the Wolverines took five and a half minutes off the clock to kick a field goal and make it a one-possession game. A couple minutes later, Penn State had a long drive of their own that resulted in a field goal. The maize and blue answered right back with another touchdown by Haskins to make it a three-point deficit. However, backup quarterback Will Levis capped off the next drive with a rushing touchdown to make it a 27-17 lead with 8:12 left in the game.

The contest was the fifth straight game, and the seventh in the last eight games, that saw Michigan give up over 400 total yards on defense.

The maize and blue will try to rebound next Saturday, December 5, when they travel to face the Maryland Terrapins at 3:30 eastern on ESPN.