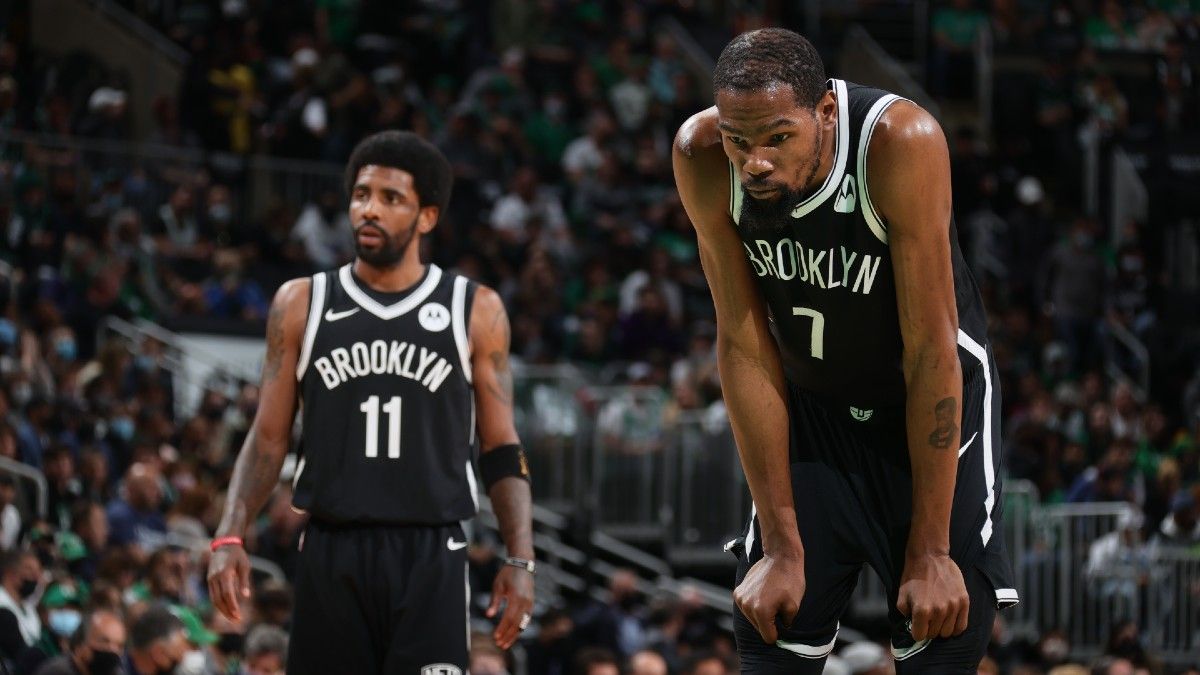 After a disastrous first quarter, Kevin Durant and the Brooklyn Nets stayed in the fight and battled right to the end. Alas, their comeback fell just short and they failed to improve on their 2-0 series lead against the Khris Middleton-led Milwaukee Bucks. Instead, we will wait to see whether or not the series will go past 5 games. The Nets look to rebound and preserve their series lead following their tough loss. In doing so, it’s important to identify the major factors as to what went wrong for the Nets and how not to repeat the same mistakes going forward.

The Nets played one of their worst quarters on the season, with Steve Nash calling his first timeout before his team scored their first point – only to finally get on the board almost four minutes in thanks to a floater from James Harden’s replacement Bruce Brown. Shooting 5/25 from the field, the Nets scored only 11 points and trailed by as many as 21. Kyrie and KD combined for only 6 points on 3/9 shooting, while Blake Griffin scored the Nets’ first three-pointer.

Throughout the second half, the Nets had numerous chances to take the lead when the game was close or tied, but both teams kept trading missed shots. Brooklyn also forced 11 turnovers, but ended up capitalizing for only 6 points. In conjunction with the team’s numerous blown opportunities was the three-ball. The Nets were the leading team in three-point field-goal percentage heading into last night’s game, but it appeared that the basketball gods were not on their side. Brooklyn shot just 8/32 from behind the arc, with KD leading the category for his team with 3 treys on 8 attempts; Kyrie finished with just 2 on 8 tries. Deep-threat Joe Harris, meanwhile, struggled all game, shooting 1/7 from three-point range and 1/11 overall.

The Nets defense that limited Khris Middleton and Giannis Antetokounmpo showed signs of regression as the former scored more points than Games 1 and 2 combined with 35; Giannis provided more damage by adding 33 of his own. The duo’s first quarter did not compare to that of KD and Kyrie’s, as both Bucks stars each scored 15 points in the first quarter – totaling all of Milwaukee’s first-period points – and tallied more buckets in tandem (12) than the Nets’ first-quarter point total.

Silver Linings to Point Out:

Despite the loss, there were two silver linings worth mentioning that the Nets need to carry forward with them. First, the Nets’ defense stepped up after their sloppy first quarter, holding Bucks players not named Giannis Antetokounmpo or Khris Middleton to 18 points on 23.5% shooting, or 8/34. Jrue Holiday finished third for the Bucks in scoring with 9 points. While the Bucks’ duo’s ball-hogging contributed to the Bucks’ scoring decline, the Nets also held Giannis scoreless and Middleton to four points in the second quarter on 2/9 shooting and 14/39 for the last three quarters. Following the first quarter, the Nets defense allowed an average of 18.7 points per period.

Minus the final six minutes of the fourth quarter that saw the Nets score only 9 points – all from Kevin Durant – the Nets’ scoring improved following the first period. Durant came in clutch in the second half with 26 points and drained a go-ahead three-pointer with 1:23 remaining in the game, the Nets’ final bucket. Kyrie Irving put up two big threes of his own in the second half, including one he drained as the shot-clock expired. Bruce Brown progressed from his first start since taking over for James Harden, scoring a double-double off of 16 points (14 after the first quarter) and 11 rebounds. His made-basket with 8:14 remaining in the second period proved to be the last moment where his team trailed by double-digits, as the Bucks largest lead was 8 from that point on. Brown is not only locked in, but he is also destined to keep contributing to his team in Harden’s absence.

Lastly, Brooklyn once again outdueled Milwaukee in several key shooting categories. Despite not having their best overall performance from behind the arc, the Nets made 8/32 three-point shots (25%) while the Bucks made 6/31 (19.4%). The Bucks continued to miss free throws, missing 7 out of 19 from the line while the Nets kept taking advantage by making 7 out of 8.

How Do The Nets Rebound in Game 4?

First, the Nets cannot have another low-scoring quarter like yesterday’s first, and the offense as a whole needs to get back on track – including Joe Harris – and capitalize off Bucks turnovers. Second, the Nets need to keep making free-throws and get back into their prowess in three-point range. Third, and lastly, on top of limiting the rest of the Bucks from scoring, the defense also needs to tighten up on Giannis and Middleton. The latter won’t be easy, but all efforts will be needed to win the series.