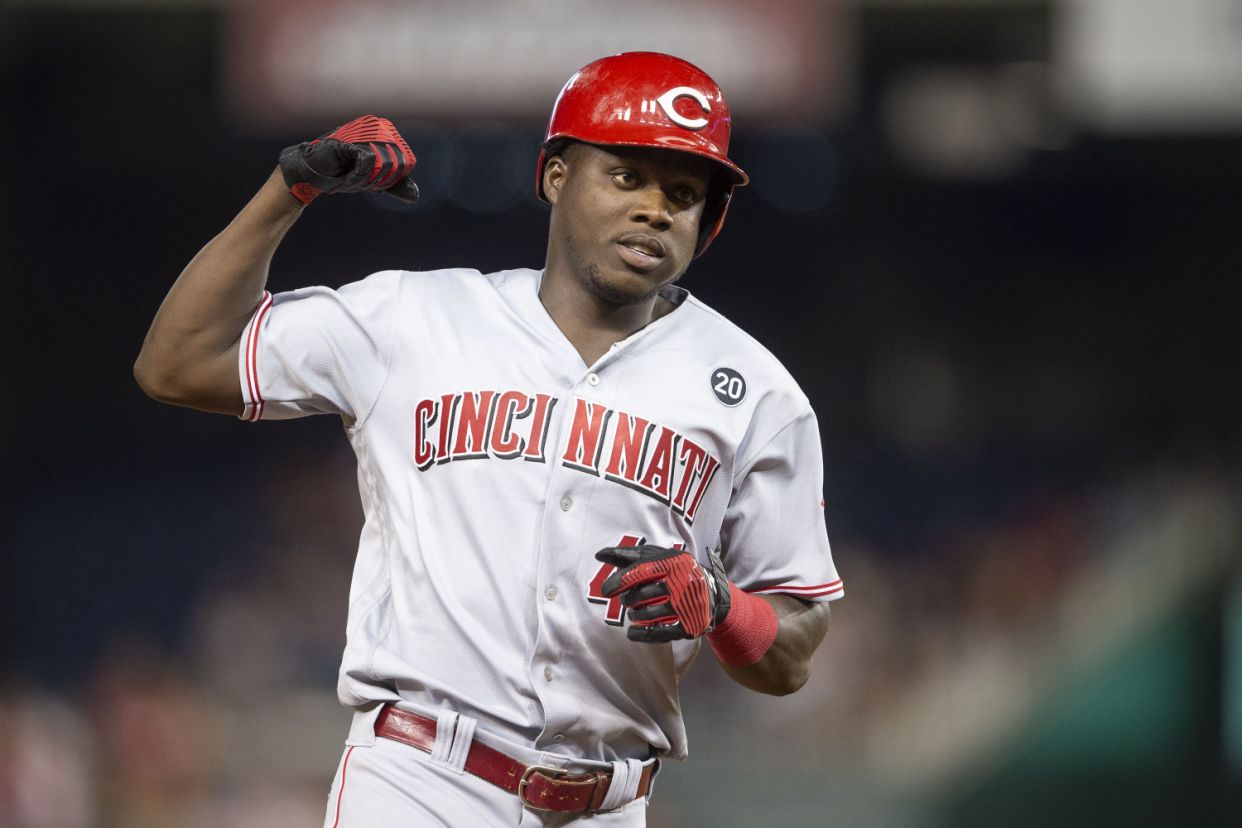 The Washington Nationals have been crowned champions and that means the MLB season is officially over; it’s now time to give out some superlatives for the 2018-19 MLB season. Get ready, because some of these superlatives are unlike ones you’ve ever seen before…

The Braves have been an exciting team all year long, but they are mostly propelled by their star couple Ozzie Albies and Ronald Acuna. The two of them can be seen hugging in the dugout, partaking in warm-up shenanigans, or joyously celebrating together. They are also two of the games brightest young stars, and have been a huge part of Atlanta’s magical run thus far.

Mostly Likely to Win in a Fight

Amir Garrett is an absolute unit. I imagine every single person will pass down the memories of that fight for generations. Garrett, on his own, charged the Pirates dugout, got a few good punches in, threw Chris Archer around like a rag doll, and left the field flexing on everybody. The guy is a flat out fighter, so he was an easy choice for this award.

The Cincinnati Reds had a disappointing year “win-wise”, but always seemed to have something exciting going on. Most recently, “The Punisher” took the baseball world by storm, winning Player of the Month in his first month in the big leagues. They also wore several throwback jerseys throughout the season, none more memorable than the sleeveless ones from the early 1900s. They were also involved in several fights that rocked the baseball world. Whether it was Yasiel Puig’s red mohawk, Derek Dietrich pimping home runs, Sonny Gray reviving his career, Luis Castillo saucing everybody in the All-Star game, or even Freddy Galvis bringing a kid on the field during warm-ups, the Reds were a fun team to watch the entire year.

Most Likely to Be a Hall of Famer

Although there are potentially many future Hall of Famers playing in today’s game, only one man hung up the cleats this season that is undoubtedly one of baseball’s greats. Ichiro played a long and successful career, mostly in Seattle. In his rookie year, back in 2001, Ichiro won Rookie of the Year, MVP, was an All-Star, a Silver Slugger, and took home a Gold Glove. Ichiro would later go on to tally 262 hits in a single season, breaking that record, and as a member of the Yankees, he achieved greatness, becoming the 3rd professional baseball player to ever have 4000 career hits. With these great numbers, along with his 3000 MLB hits and his neverending respect for the game, Ichiro will be a first ballot Hall of Famer, and he will be the first Japanese-born player in the Hall of Fame.

This award has to go to the $300 million man, Manny Machado. Although the Padres were mediocre, and Machado had a below average season, he did not disappoint in the drip department. He wore thick chains, unlimited arm sleeves, eye-black at night, and most importantly, he had a plethora of customized cleats. Machado has a lot of time to win in San Diego, but he’s started off on the right foot, with all of the swag in the world.

On August 2nd, the Dodgers called up flamethrower starting pitcher Dustin May. Although he’s impressed on the mound, he is most recognizable for his fiery red hair, which pops out of the back of his hat and flows through the wing with every pitch. Even though he’s still young, May’s hair has opened a lot of eyes, and he easily took home this award.

The winner of this superlative took home this award with a very early entry. On April 18th, White Sox SS Tim Anderson absolutely pimped a home run off of Royals pitcher Brad Keller. As the ball flew into the stands, Anderson wasted no time in chucking his bat towards his dugout and shouting to his teammates. This bat flip resulted in several altercations between the two teams throughout the rest of the year. The flip also set a new standard across the league, because everyone was able to understand what “let the kids play” actually means.

Game of the Year

Was there any doubt? In the last week of July, the Yankees came into Minnesota to play in the ALDS preview, and the game on the 23rd did not disappoint. The back and forth battle ended with the Yankees winning the game in the 10th inning on an insane Aaron Hicks diving catch. The final was 14-12, Didi Gregorius had 7 RBIs, going 5 for 5, Miguel Sano hit two clutch home runs, and pitchers were barely able to get anyone out. Overall, this game had the ups and downs of an absolute classic. If that game is any indication of what’s to come in October, the ALDS will be must-watch Television.