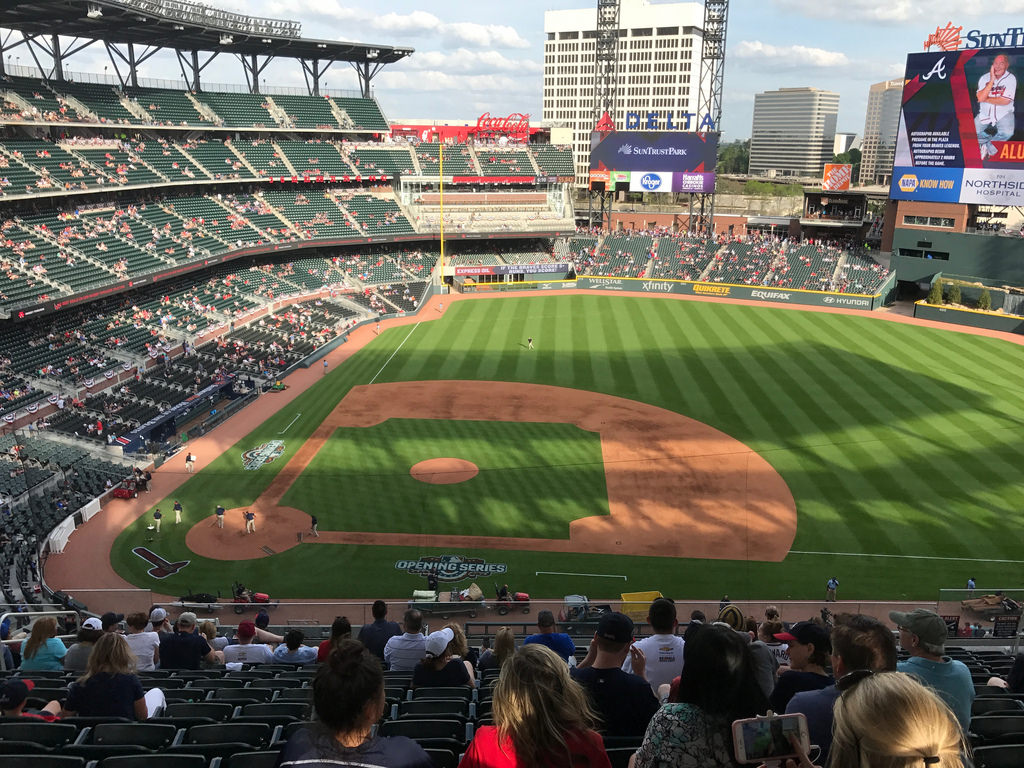 In response to the polarizing Georgia voting rights bill recently signed into law, Major League Baseball has decided to move this year’s draft and All-Star Game festivities out of Atlanta. Now that the Braves will no longer be hosting their first All-Star Game since 2000 – back when they played at Turner Field – the MLB, not having any replacement options, is on the hunt for a new host stadium. Here is a shortlist of stadiums and cities that deserve consideration:

If the MLB chooses a National League venue for the 2021 festivities, the “Friendly Confines” would be a solid choice. After all, this iconic ballpark has not hosted the Midsummer Classic since 1990 when Ryne Sandberg was on the team – also the first player to win the Home Run Derby in his home stadium. It would be interesting to see who – between Javier Baez, Kris Bryant, or Anthony Rizzo –would represent the Cubs in this Derby.

The only concern, however, is the rate of infection within the city which, as of today, is still alarmingly high. If Wrigley is selected, we can only hope its infection numbers tick downward. Expect there to be a COVID protocol layout to avoid an All-Star team outbreak and possible cancellation of the event for a second consecutive year.

Denver first – and last hosted the event in 1998, when the American League won 13-8. Colorado hosting the ASG would have sentimental value for Rockies fans because it would mean the return of former Rockie-now Cardinal All-MLB third baseman Nolan Arenado – assuming he makes this year’s roster. MLB fans would also like to see high-profiled All-Stars such as Charlie Blackmon and Trevor Story represent the hosting Black & Purple. Also, the sound of Story representing the host city in the Home Run Derby has a nice ring to it.

Previously known from 2001-2020 as Miller Park, American Family Field – home of the Milwaukee Brewers – should be highly considered. In a year of remembering the late Braves and Brewers icon Hank Aaron, moving the ASG to Milwaukee would be of the most precious honors ever given on behalf of any MLB player. There would be no better way to honor him than to hold the All-Star Game in a city where he made countless memories – in place of the other city he kept so close to his heart.

As for the Derby, who wouldn’t like the sound of Christian Yelich or a returning Ryan Braun representing the Brew Crew?

If the MLB decides to select an American League venue for the second time in a row (Cleveland hosted the 2019 event), here are some reasonable options:

Formerly known as Oakland-Alameda Coliseum, the Oakland Athletics have hosted the Midsummer Classic only once in 1987. Yup. Hard to believe, but it’s true. It might be time to give Oakland some thought after 34 years. A’s fans would also enjoy seeing All-Star-worthy players such as Matt Chapman and Matt Olson represent their team in the event – as well as the Derby. While on the subject, it would also be enticing to see former Athletic slugger Khris “Khrush” Davis compete in front of his old home crowd.

In regards to COVID, Oakland is currently at a moderate rate of transmission. That is not terrible compared to many cities, but keeping the players isolated from the public is vital in implementing the event.

As the second-year home of the Texas Rangers, Globe Life Field would be one of the youngest arenas in MLB history to host its first All-Star Game if selected. This would mark the first All-Star Game to be played in the state of Texas since the Astros hosted the event in 2004 at Minute Maid Park.

This stadium would also be the perfect setting for a rematch of last year’s World Series, as managers Kevin Cash of the defending AL champion Rays; Dave Roberts of the reigning World Series champion Dodgers; and their All-Star players would meet face-to-face for the first time since the Dodgers’ first World Series-clinching victory in 32 years.

As for the Derby, who would be the Lone Star State representative? The answer would depend on how these Rangers sluggers perform after a poor overall showing in last year’s campaign, but odds are that it will be either Joey Gallo or the aforementioned first-year pick-up Khris Davis.