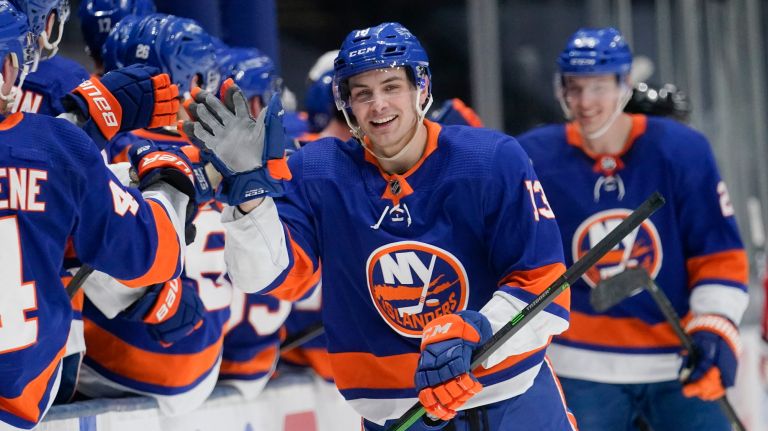 Coming off a two loss weekend in Pittsburgh, the Islanders 8-4 victory over the Washington Capitals was a statement win against the team they are chasing in the standings.

The win propels the Isles to 50 points and a tie at the top of the East Division with Washington.

Hear me out– this win feels different than others so far this season. Barzal scored a hat trick, each of the goals being highlight reels I must add, and Jordan Eberle scoring two goals. Both players had been struggling since Anders Lee was sidelined with a season-ending injury and it’s a great sign to see these two guys start to get hot. I also hate to admit it, but “Uncle” Leo Komarov had a great game as well. Credits due where credits due.

These two teams meet again Tuesday night; it could get interesting!