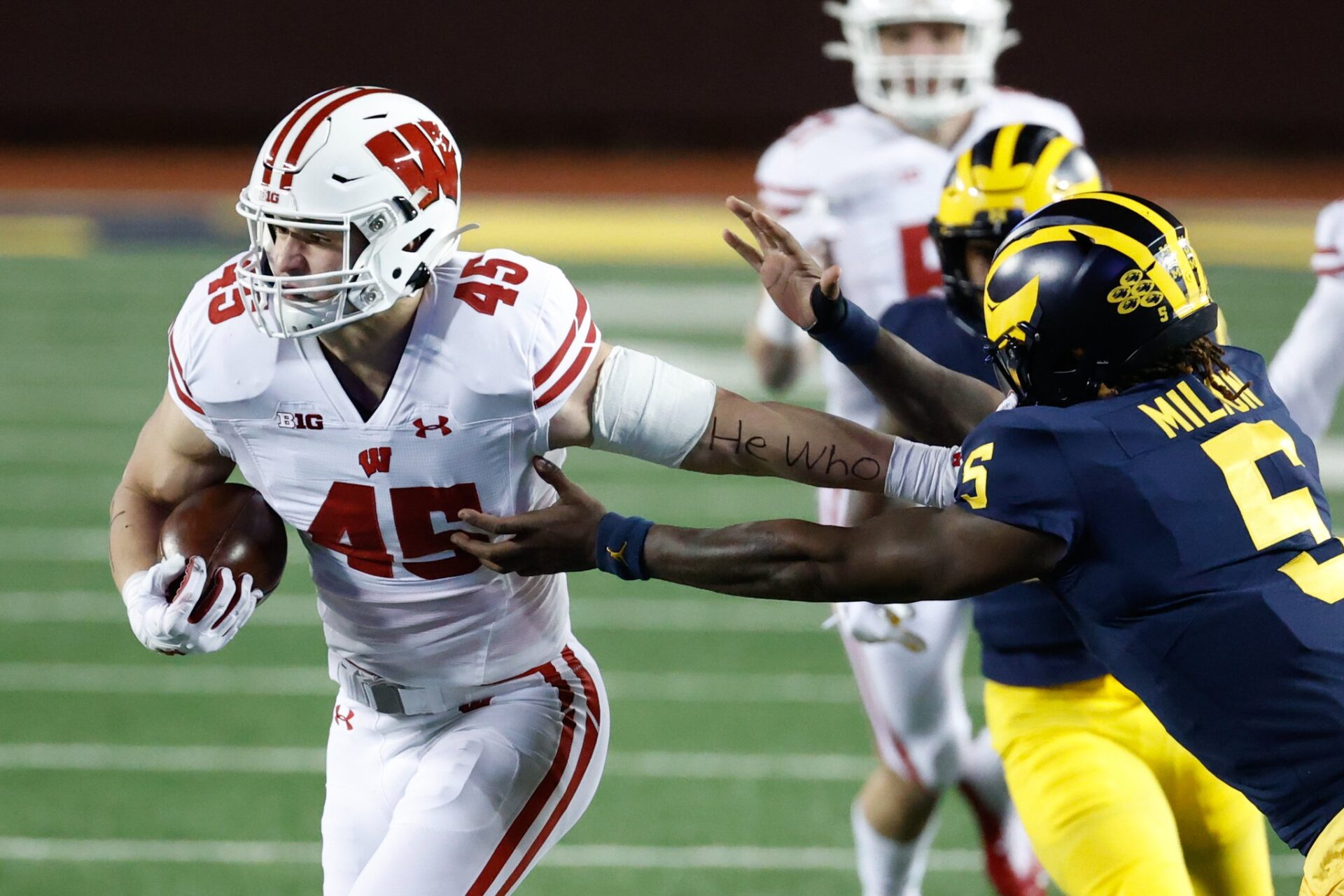 The Michigan Wolverines found yet another rock bottom on Saturday night as they were blown away by the No. 13 Wisconsin Badgers 49-11 for their third straight loss. The team is now 1-3 to start the season for the first time since 1967.

The Badgers picked off Joe Milton on Michigan’s first play from scrimmage and turned it into a 7-0 lead in the first quarter. After two lackluster plays to start their next drive, Milton threw yet another interception that the Badgers would use to make it a 14-0 lead.

The next two drives were no better. The maize and blue had two three-and-outs followed by two touchdowns. Michigan had a chance to end the shutout on a fourth and goal at the one-yard line, but Joe Milton was stopped short on a quarterback keep. The Wolverines would go into halftime down 28-0, their largest halftime deficit since Michigan stadium opened in 1927.

The third quarter started off slow before Michigan got on the board with a field goal which Wisconsin answered not long after with another touchdown. The maize and blue made a change under center benching Joe Milton and going with Cade McNamara, who led the team to a touchdown and successful two-point conversion on his first drive.

There wasn’t much to like afterwards, as the Badgers added two more touchdowns to cap off a lifeless night in Ann Arbor; one where no one seemed to have a grip on anything and the future of the team continues to be brought into serious doubt.

The maize and blue will have yet another chance to halt their streak with a trip to the east coast to play Rutgers on Saturday, November 21 at 7: 30 p.m. eastern on the Big Ten Network.