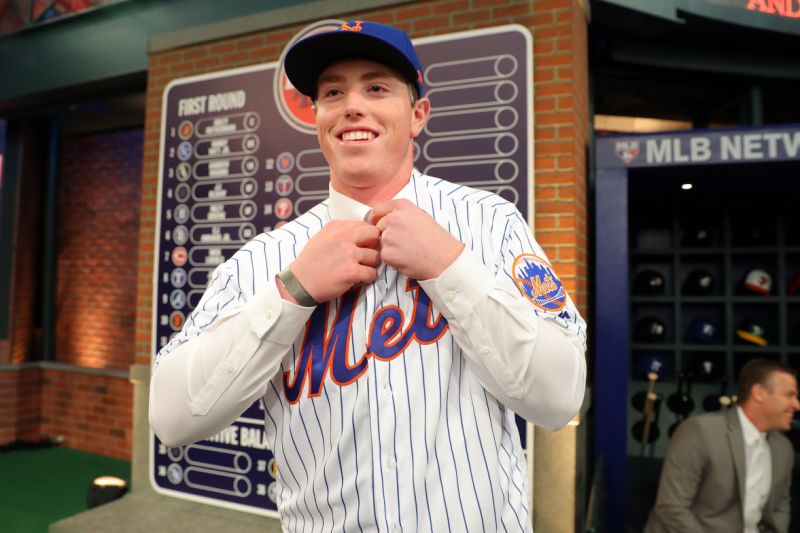 Anyone living above ground can see that there’s not much to celebrate on the field with the Mets. From a horrendous bullpen to inconsistency and a complete loss of composure in the clubhouse, this season has been just as Mets as you can get. However, there is reason for hope off the field.

Yesterday, reports surfaced that the Amazin’s are on the brink of signing Matthew Allan, their third-round pick of the MLB Draft who was considered by many scouts to be the best prep pitcher in the draft. His talent had people thinking he’d be drafted in the first round, but a hefty price tag of $4 million allowed for the Mets to snatch him with the 89th overall pick. Should the reports hold true, Allan will headline a draft class that the Mets scouting department finds to be one of their best yet, especially in regards to their first four picks. In the first two rounds they took 3B Brett Baty and RHP Josh Wolf, respectively, two players out of high school with lots of upside. In the fourth round they took OF Jake Mangum out of Mississippi State, who set the SEC record for hits in a career and ranks fourth on the NCAA all-time hits list.

Let’s be honest for a minute, if anyone was to take a risk on drafting Allan, it should have been the Mets. After trading two first round picks to get Robinson Cano and Edwin Diaz (a move that seems more regrettable with each loss), people didn’t have a lot of faith in the Mets farm system. Now they’ve picked three players in the top 40 of MLB Pipeline’s player rankings heading into the draft to go along with a highly accomplished bat out of college. Now they’ll welcome at least four players who will not only replenish the farm system, but could also shoot up through the system and make an impact quickly.

It’ll be a few years before we see that impact in Flushing, should all go according to plan. Bottom line, Mets fans can finally be excited about something, even if it has nothing to do with what’s on the field…..or in the clubhouse.