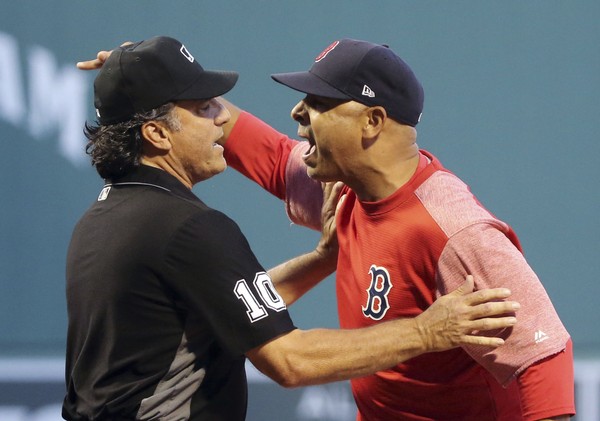 As we near the All Star break, it is important to realize that the baseball season is half way through. Baseball is the most unpredictable sport there is. Players and teams can randomly have breakout seasons or fall apart at the drop of a hat. Here are five of the biggest surprises through the 1st half of the year.

The Twins are a Force

Despite many people picking the Twins as a “sleeper” team before the season started, nobody thought that they would dominate quite like they have. As of today, they are 8 games ahead of the Indians in the AL Central standings, and they are tied with the Yankees for the best record in the American League and 2nd best record in baseball. Every move they made last winter has paid off, and their young talent got a lot better. Jorge Polanco, who will start for the American League in the All-Star game, has put together a very impressive season so far. Last year, he struggled to get re-acclimated after his PED suspension caused him to miss 80 games. Outfielder Max Kepler is also having a breakout year, as his 19 home runs are only one less than his career high. Veterans Jonathan Schoop and Nelson Cruz haven’t missed a step. The most important player on this Twins team is Willians “La Tortuga” Astudillo, who’s “Bartolo Colon-esk” figure has given them the tools and inspiration they need to be a 1st place team. Nobody thought the Twins would be this dangerous, but come October, who knows how good they’ll be?

The Red Sox Can’t Get Out of Their Funk

This season’s Boston Red Sox have taken the term “championship hangover” to a whole new level. Last year, Mookie Betts, J.D. Martinez, and company were an unstoppable force. This year, the Red Sox have virtually the same personnel (minus Craig Kimbrel and Joe Kelly), but sit in 3rd place in the AL East, barely holding onto a Wild Card spot. Realistic people knew that they probably wouldn’t have two MVP candidates this year too, but many of these guys have been far less productive than they were last season. Chris Sale looked like a shell of himself to start of the season. Although he was still striking people out at his usual impressive rate, he was getting hit, and hit hard. Now, he finally has his ERA below 4.00, but the Red Sox haven’t given him much support. His 3-7 record and 1.6 WAR are both below the Sale-standard. Overall, it puts a smile on my face to see a Boston sports team struggle, and I hope the Red Sox collapse and miss the playoffs altogether.

The Texas Rangers Are a Playoff Team

As of today, the Texas Rangers have a better record than the Indians, Red Sox, Athletics, Cubs, Brewers, and Rockies, who all made the playoffs last season. MLB the Show 19 put them as long shots to win the World Series, and the baseball world all thought they would be at the bottom of the baseball totem poll. The biggest change for Texas has been “the left-handed light-tower power of Joey Gallo”, who is hitting a respectable .279 this season and has still hit 19 home runs, despite missing some time with an injury. Gallo isn’t the only Ranger that has stepped up this season. The pitching of Lance Lynn, Jesse Chaves, and especially Mike Minor has been the driving force of this team. If the season ended today, the Rangers would make the playoffs holding onto the second Wild Card spot my half of a game, and nobody predicted that. Hopefully they can keep their magic going into the second half of the year.

The Mets Have a Future

Per usual, the Mets are comically bad. They blow games, yell at reporters, and even their most reliable players like Jacob deGrom and Noah Syndergaard have struggled. The major thing that separates THIS terrible Mets season from the others has been the elite play from two of their youngest players. Mets fans got a taste of Jeff McNeil last season and could only hope that he would be productive this year. McNeil has exceeded all expectations hitting .346 with a .919 OPS. On the flip side of the power spectrum, First Baseman Pete Alonso has been electric. Alonso’s 27 home runs have already shattered the Mets Rookie home run record set by Darryl Strawberry on cocaine. The Mets will finish this season in the gutter once again, but they have two guys to build around if they play their cards right. Knowing the Mets, one or both of them will randomly get traded for a relief pitcher in the next two years.

Gary Sanchez Has Bounced Back

Last season, the Yankees could have replaced Gary Sanchez with a literal garbage can and would have seen an improvement behind the plate. Sanchez let up nearly 20 passed balls last season as he struggled through injuries, his bad attitude, and a never ending slump at the plate. During the Winter Meetings, when the Marlins were looking to trade J.T. Realmuto for anything with legs, many people (including me) thought the Yankees should trade Sanchez. I was sick of watching him jog after balls, jog on the bases, and overall look like he didn’t care. This year, it was clear the Sanchino had a chip on his shoulder. He came into Spring Training looking slim and ready to win. Sanchez is 2nd in the AL in home runs, is actually hitting over .200, and has been an overachiever behind the plate. Sanchez has turned his career around the first half of this season, and now he’ll be starting the All-Star game in Cleveland.