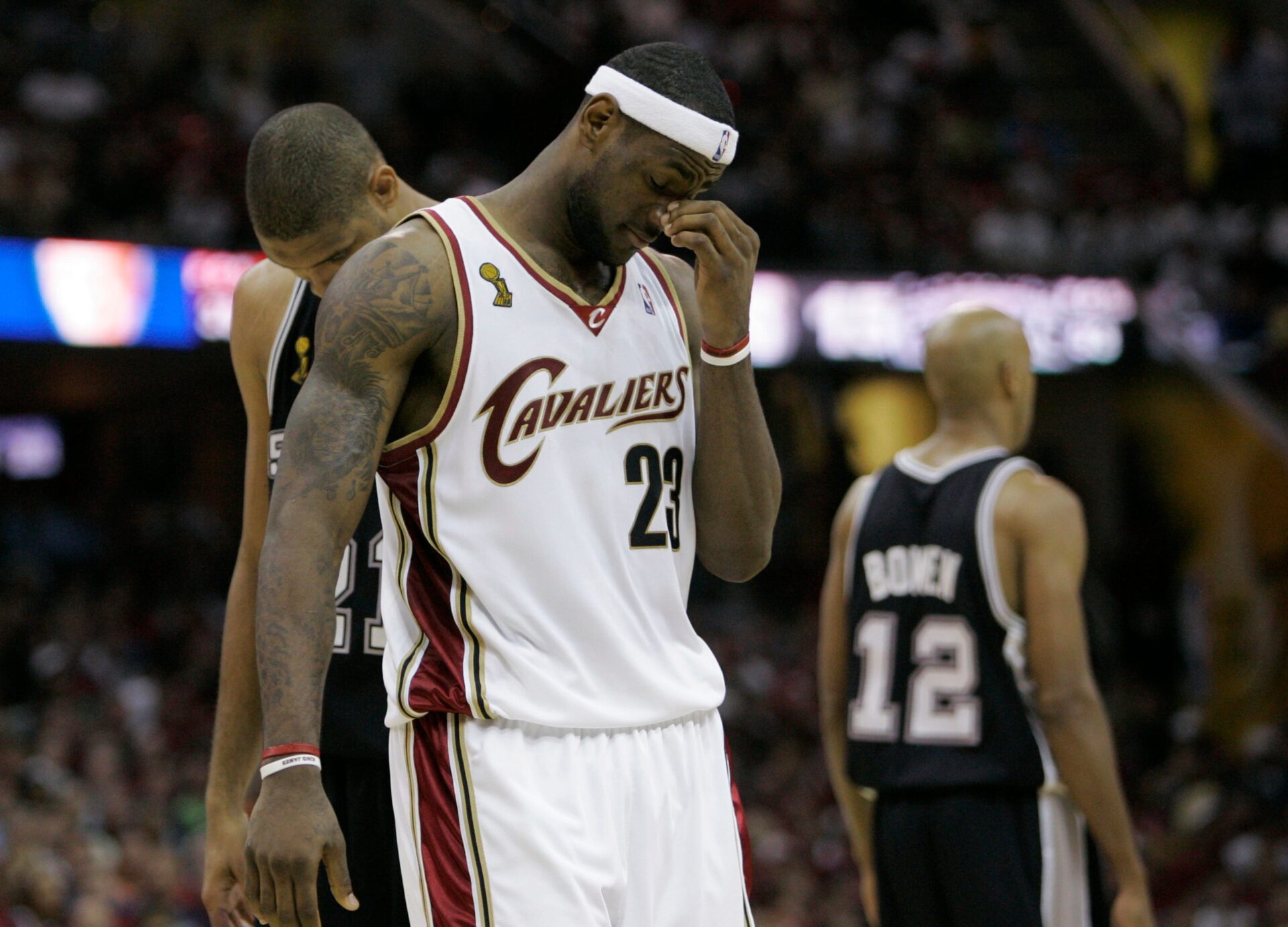 ESPN’s “The Last Dance” has refueled the GOAT debate for many NBA fans across social media. Many younger fans saw for the first time how great Michael Jordan truly was, and others were simply reminded of his excellence. Even with the great stories showing MJ’s resilience, motivation and ability to will his team to win, the “LeBron James is the greatest of all-time” peanut gallery is still convinced that the King is the GOAT.

The LeBron vs. Jordan argument can have the most knowledgable sports fans going back and forth for hours. Many credit Jordan for going 6 for 6 in the NBA Finals in his career, while discrediting LeBron’s 3-6 record. Other people consider playing in nine NBA Finals an accomplishment on its own, therefore making LeBron greater than Jordan. After all, LeBron’s Final’s losses came against dynasties, superteams, and the 2011 Mavericks (although LeBron supporters don’t remember that one for some reason). Additionally, didn’t it take Jordan seven years to reach the finals, while a 22-year old LeBron carried the Cavs in only his fourth season? It’s true that the 2006-2007 Cleveland Cavaliers overachieved due to the greatness of the young king, but the stature of this Finals run has been greatly overexaggerated over time. Their run was impressive, but it’s extremely overrated, here’s why:

For the regular season, LeBron James averaged 27.3 points, 6.0 assists, and 6.7 rebounds per game, while making his third consecutive All-Star game. He led the Cavaliers to a 50-32 record, which was good for second in the Eastern Conference behind the Detroit Pistons. LeBron’s supporting cast was weak. The second-leading scorer on the team was Larry Hughes, who put up around 15 points per game, while Drew Gooden and Zydrunas Ilgauskas were the only other Cavaliers to average double-digit points. When it came down to game time, LeBron James absolutely carried this team.

In the first round, the Cavaliers faced off against the 41-41 Washington Wizards, whose best player and only good player was Antwan Jamison (Gilbert Arenas did not play). Although the Cavs pulled off the sweep and were carried by LeBron, Jamison arguably outplayed James on an individual statistic level, averaging more points and rebounds a game. The sweep was impressive for a 22-year old to pull off, but Jordan supporters might be correct in saying that Jordan could have done that at 22 as well (although that was the year MJ only played 18 games due to a broken ankle).

The New Jersey Nets were Cleveland’s opponent in the Eastern Conference Semi-Finals. The sixth-seeded Nets had also gone 41-41 but were a much more experienced team than the Wizards were playoff-wise. Unfortunately for New Jersey, they were playing without their second-leading scorer and rebounder, Center Nenad Krstic, which disrupted their offense, lessened their effectiveness on the offensive glass and left a large hole in the paint for layups and dunks. New Jersey was able to push the series to six games, but ultimately, LeBron James would be too much to handle, and the Cavs would go onto the face the Pistons in the Eastern Conference Finals.

Detroit would be Cleveland’s toughest opponent as the stage was set for a 1 vs. 2 showdown to go to the Finals. The Pistons still had much of their core together from their Finals win a few years prior, as Chauncey Billups, “Rip” Hamilton, Tayshaun Prince, and Rasheed Wallace were all still on the roster. This would lead to a great series for LeBron James. He put up 25.7 points, 8.5 assists, 9.2 rebounds, and 2.7 steals a game en route to a 4-2 series win. In Game 5, James put the entire city of Cleveland on his back, scoring the final 25 points for the Cavs in a double-overtime win. Additionally, James would end up shooting 45% from the field and 36% from 3-point range.

The San Antonio Spurs had conquered the Western Conference once again and would face Cleveland in LeBron’s Finals debut. LeBron supporters would be correct in saying that the Cavs were overmatched by the Duncan-Parker-Ginobili Spurs, but that doesn’t excuse the fact that Cleveland was swept. LeBron and the Cavs didn’t win a single game against the Spurs, and LeBron was partially to blame. James shot 36% from the field and 20% from three in the 4-game series. In Game 1, LeBron struggled, putting up just 14 points in a 76-85 loss on the road. The next game, LeBron played better, but the Cavs were -5 with him on the floor. They lost 92-103, and that was after they outscored San Antonio 30-14 in the 4th quarter. In Game 3, the Spurs were in control for most of the time, but the score came within 2 points in the 4th quarter. With 1.9 seconds left in the game, down 3, LeBron missed a potentially game-tying shot, and the Cavs lost 75-72. The final game of the series was even tighter than the previous one, as with 4.9 seconds left in the game, LeBron cut the deficit to two points after a made 3, but Manu Ginobili would ice the game with two free throws and the Spurs would win Game 4 83-82.

LeBron’s ability to carry the 2006-2007 Cavaliers to the Finals at the age of 22 was a very impressive feat, but it has been getting too much credit. When comparing him to the average player, it was a great run, but LeBron supporters need to know what they’re talking about when they bring this up in the GOAT debate. Bringing a team to the Finals as their only All-Star is impressive, but LeBron had to beat two .500 teams, and he didn’t win a single game in the Finals. If a 22-year old (healthy) Michael Jordan were in his shoes, it’s hard to say what could’ve happened, but MJ seemed to have a way to will his teams to wins even at a young age, and it is clear that LeBron didn’t have that trait.