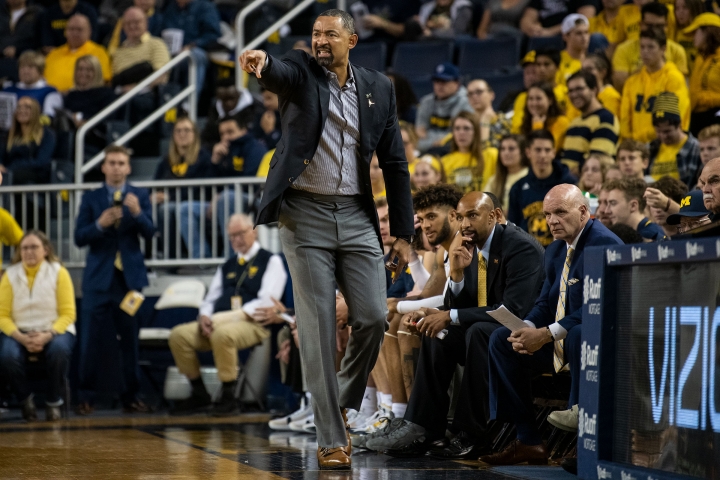 Not long ago, I was expecting to write a much different article. It would be one where I praised Juwan Howard for landing two McDonald’s All-Americans, something that John Beilein never did despite an otherwise decorated tenure in Ann Arbor. It would be one where I look ahead to next season with a hope not unlike what fans had during the days of the Fab Five.

As you can guess, this will not be that piece.

The first domino fell on April 13th, when Josh Christopher, who most 247sports insiders had going to Michigan, ended up choosing Arizona State, where his older brother currently plays. The next day, Isaiah Todd decommitted from Michigan to play overseas for a year before entering the NBA Draft.

Michigan still has one of the best, if not THE best class in the Big Ten, as it holds three of the top 100 recruits in the country, according to ESPN. However, signing Todd and/or Christopher would’ve marked the first time since 2002 that the Wolverines signed a McDonald’s All-American.

Many within the fanbase have gone on to scorn Todd and Christopher in such a way that says “We should stay away from guys in the top 30. All they want is clout.” That is partially true, but guess what; if you want to win national championships, you need a few of them.

Of the last 32 national champions, 21 have featured two or more McDonald’s All-Americans with 10 others having a lone participant in high school basketball’s premier postseason showcase. The most recent champions, Virginia, featured Kyle Guy as their lone “Burger Boy.”

As mentioned earlier, John Beilein was one of the more resourceful coaches in all of college basketball. He could take a class full of three stars and have them in the Sweet 16 a few months later. However, when it came to beating more of the elite teams in college basketball, especially in the years they made the national championship, the difference in talent made a huge difference, making Beilein’s lack of elite, NBA lottery talent his greatest, and perhaps only, downfall.

For that reason, it’s important that Juwan Howard avoids making that same mistake. There’s nothing wrong with getting collections of four stars to fit the system, that’s kept Michigan going for years, but when they get to the final two weekends of the NCAA tournament, having that guy who can carry a team when they need it most can be the difference between an early exit and another banner in the Crisler Center.

Even if you don’t win a championship or even make a Final Four with a McDonald’s All-American, being able to recruit one puts you on a whole new level. One that shows that you can not only win, but shows people that if you come here, you’ll be more than ready for a professional career.

I think Juwan Howard understands this. On top of staying in pursuit of both Todd and Christopher, he’s also helped get Michigan into the final list of schools for five-star Greg Brown. He’s even made an early effort to get the commitment of Emoni Bates, a top-rated sophomore playing at Lincoln High School in Ypsilanti, Michigan, 20 minutes away from Ann Arbor.

Sure losing Josh Christoper and Isaiah Todd was tough, but so is the business of bringing in championship level talent. So keep your chin up, Michigan. Though the process is a tedious one, it’s one that’s more than worth it.