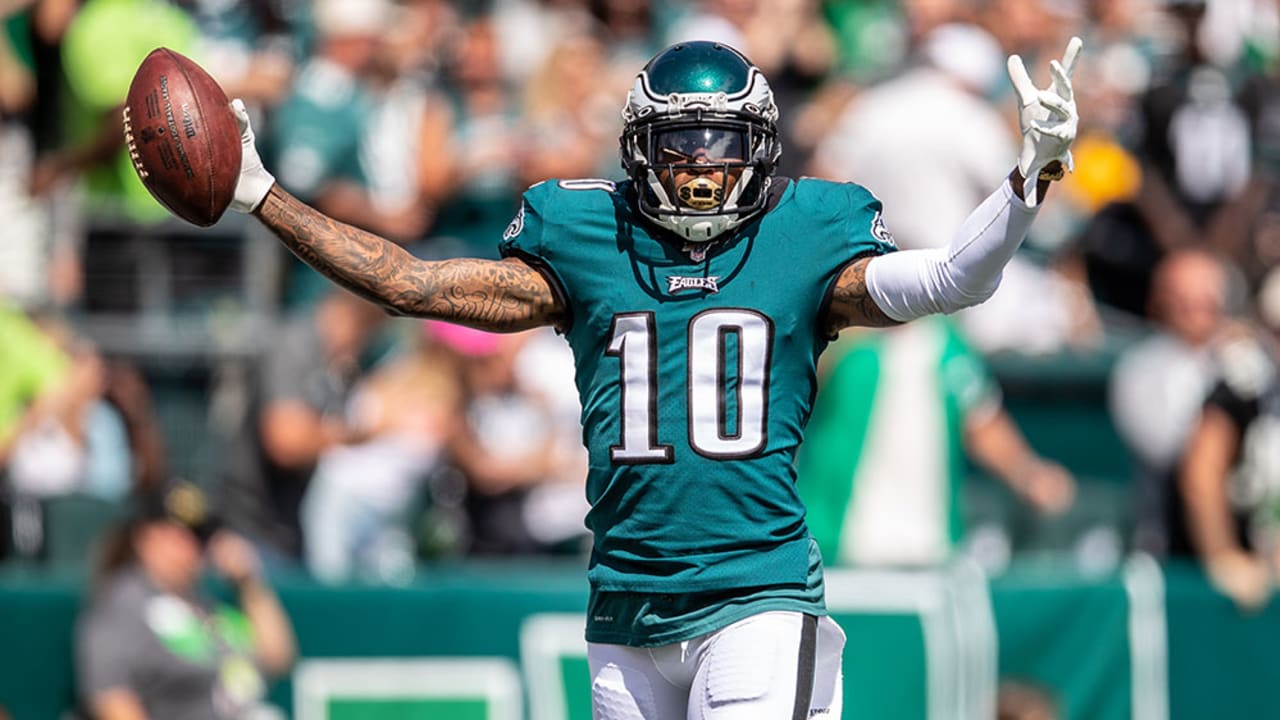 Eagles star wideout DeSean Jackson will return to action on Sunday against the Cowboys. It will be his first game since their Week 7 victory over the Giants where he suffered an ankle injury. Although it might be late to say that his comeback will make a difference in the Eagles’ playoff hopes, Jackson’s return gives rookie QB Jalen Hurts another option at wideout that will further improve his game.

First and foremost, the Eagles need everything to go their way in the final two weeks to clinch the NFC East. In Week 16, they need a win against the Cowboys and losses by the Giants to the Ravens (which would then move Philly in second-place) and the first-place Football Team to the Panthers. In Week 17, they need to beat the Football Team which would then punch their ticket to the postseason. Odds are looking pretty slim in their favor, but this scenario is still possible.

Rookie QB Jalen Hurts may have replaced Carson Wentz a little too late in hopes of a playoff spot, but his overall performance nonetheless has impressed many fans. His upset victory against the Saints followed by a breakout showcase in last week’s loss to the Cardinals in which he threw for 338 passing yards and scored 4 touchdowns (3 passing, 1 rushing) have many fans wondering if he may be the Eagles QB of the future.

With that in mind, the Eagles have activated DeSean Jackson from their injured-reserve list, giving Hurts another target at wideout. A mobile QB, Hurts’ confidence in throwing the ball downfield increased last week, completing 3 passes that traveled 20+ yards in the air. Adding another deep-threat wide receiver to his list will only enhance his passing game, and doing so against a weak Cowboys defense would be a good first opponent.

Tomorrow is a must-win for the Eagles, so having Jackson back on the field is huge for Hurts to perform at his best in a do-or-die situation. Again, Philly’s chances of the playoffs may slim because of the extra help they need, but I’m sensing that will Hurts will throw for around 250 passing yards and guide the Eagles to victory, clinching their rival Cowboys’ elimination.