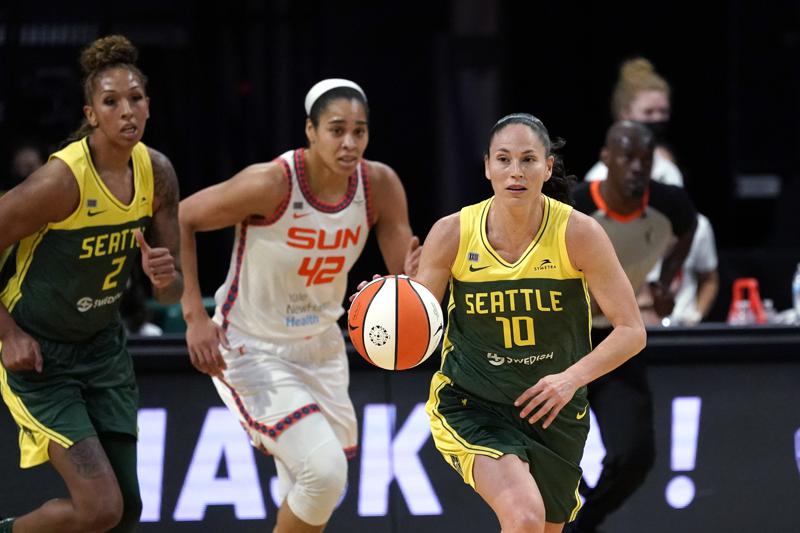 The inaugural Commissioner’s Cup championship game is officially set as the defending WNBA champion – and top-overall seed Seattle Storm will battle the East’s top seed Connecticut Sun in Phoenix, Arizona on Aug. 12. Here is the likeliness of victory for each team:

What is the Commissioner’s Cup?

Before diving into both teams chances, it’s important for readers to know what the newly-implemented Commissioner’s Cup is. What is a Cup game? The answer is simple: each team plays ten tournament games during the regular season prior to the championship game. Each team’s first home and away game against each of their five in-conference opponents classifies as a Cup tournament contest. The top team with the best tournament record in each conference will play each other in the championship game.

In the East, the Sun have an 8-1 tournament record (5-0 home, 3-1 away) with their last game set to be played against the New York Liberty at Barclays Center on Sunday. In the West, the Storm have a 7-2 record (3-1 home, 4-1 away) and will host their last tournament game against the Phoenix Mercury on Sunday. Regardless if either team looses, their championship spots will not be affected.

The Sun defeated the Atlanta Dream, 84-72, with star forward Jonquel Jones leading the way with 24 points and 16 rebounds. With the victory, the team clinched a spot in the championship and awaited their likely-Western opponent, Seattle Storm.

The Storm lost to the Phoenix Mercury, 85-77; however, a Minnesota Lynx loss that same day punched Seattle’s ticket for the championship due to owning the head-to-head tiebreaker with a 2-0 record. Breanna Stewart led the way for the reigning champs in last night’s game with 15 points and 13 rebounds.

The two teams met twice this year with the Storm winning both contests by scores of 90-87 in overtime, and 89-66. Both starting lineups were evenly matched in the first game, but Seattle stars Breanna Stewart, Sue Bird, and Jewell Loyd – as well as their bench – were too good for Connecticut’s Jonquel Jones, Brionna Jones, and DeWanna Bonner, handing Connecticut their first loss of the season after starting 5-0. As given by the score, game two was a different story mainly because Joquel Jones was out due to injury.

The Jonquel Jones vs. Breanna Stewart duel will be the primary focus of the game. Before the season, Seattle had the greatest odds to win at +250 whereas Connecticut had +1400. Despite the Sun proving many wrong, their efforts might not be enough, as the Storm remain as the favorites to win.

Starting today, the road to the WNBA Finals will be on pause with the Cup, All-Star Break, and the Tokyo Olympic festivities. All 12 teams will resume their regular season on Aug. 15.