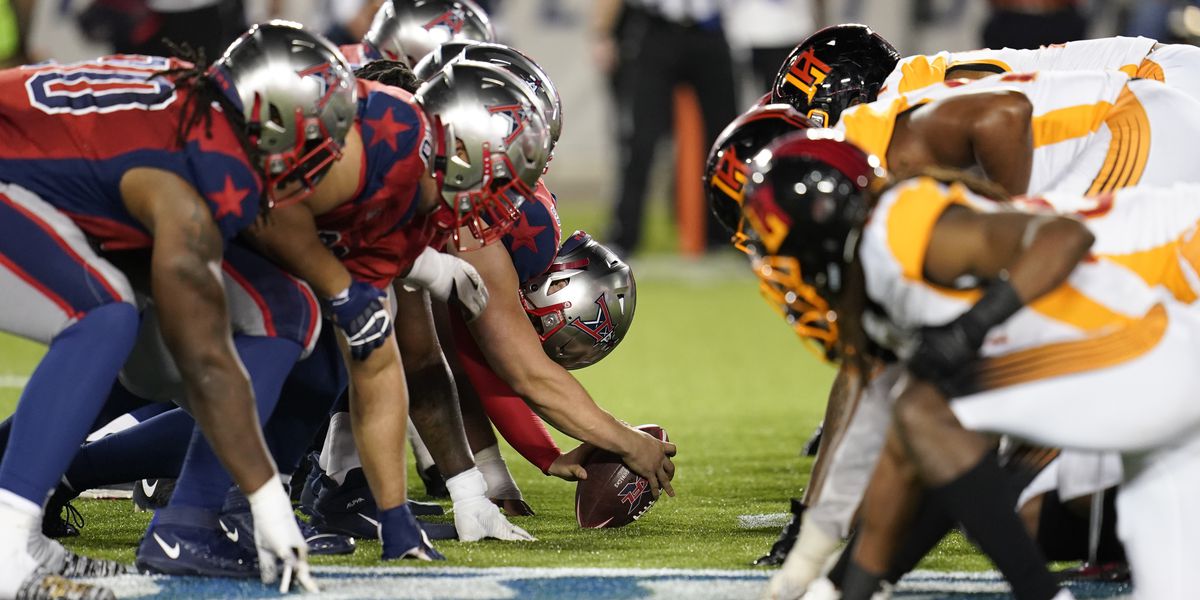 You know, my sports-depraved brain has been thinking lately. We’ve had so many of our favorite sports taken away from us. Across the sports world, leagues have been postponed and some events have been canceled. Even Major League Baseball is less and less likely to have any sort of season in 2020 with each passing day.

What’s worse is that some of the postponed leagues aren’t coming back. Not this year and not in years to follow. The biggest victim in this case is the XFL, which was out to prove that spring football has staying power in the American sports world. Up until it ceased operations in April it was doing just that and more. The action on the field was great, the attendance numbers were good and it was keeping peoples’ attention on a week-to-week basis.

Now with the XFL all but gone, people are once again beginning to wonder if spring football is a sustainable product in America. Can a sport that is by far the most popular in the United States last in some capacity beyond the first Sunday of February?

I Think it can…

After deliberating this for a bit, I think it can survive. Football is too popular of a sport to not capitalize on and there are plenty of players, coaches and even aspiring front-office members out there who would jump at the chance to play in a league that would give them a chance. However, in order for spring football to succeed, it needs to take on a format different from what we’ve seen in the past.

Though spring leagues correctly assume that there is a lingering appetite for football after the Super Bowl, they seem to overestimate how big that appetite is. Sure lots of people across the country will yearn for more football from February to August. However, after a few weeks most people turn their attention to other sports by the time March rolls around, with events like the NCAA Men’s Basketball Tournament and Spring Training along with the NBA and NHL postseasons getting closer. That’s not even including events like The Masters and major tennis tournaments.

These events continue through June with the NBA and NHL Finals, golf majors, the MLB regular season, the Champions League Final and much more. From there the schedule starts back up again in July with the start of NFL training camp. All of this and more takes a possible summer football league out of the question. However, from the Super Bowl to the start of March Madness, there’s a scheduling hole in the sports world waiting to be filled with something substantial. Something to hold us over to the frenzy of sports that gets underway in the middle of March.

So how do you accommodate these other seasons and events while trying to expand on football in such a short window? For me, the best way to do this is by making a smaller league, a “Nosebleed League”, if you will. Instead of eight teams with two four-team conferences like in past years, there should be one singular division. Every team plays each other once and the top two teams face each other in a championship game.

For example, let’s say this league was to start in 2021. The schedule would look a little something like this;

So essentially, the league would start up the week after the Super Bowl and wrap up a little more than a week ahead of Selection Sunday.

Not only does this grab peoples’ attention, but it creates a heightened urgency going into each game while at the same time making sure all four teams have a chance to at least compete for a championship throughout the entire season. Fans can watch a game in week one knowing that the outcome could be the difference between their favorite team making the championship or packing their bags early.

Now we have an idea of why a spring league would work best with four teams, the next question becomes “where should these teams be located?”. Well, there is obviously a lot to chose from, but four sites in particular stand out above the rest;

Each of these cities has a few things in common. For one thing, they each have a stadium that can hold a professional team. San Antonio has The Alamodome, Orlando has Camping World Stadium, St. Louis has The Dome at America’s Center Stadium and San Diego has Qualcomm Stadium. The latter two cities share the fact that they have recently been stripped of an NFL franchise while San Antonio and Orlando have proven over the past few years that they have plenty of people in each area who would welcome a team. This collection of cities also expands the league’s outreach to the west and each coast and, in particular, to some of the most football-savvy states in America.

Just for safekeeping, let’s add a “farm team” somewhere in Texas that practices at the same rate as the other teams. This way should one of the other four teams lose a player to injury, they can pick up someone to replace them. Teams can do this throughout the regular season and before the championship should they make it that far.

In regards to rules, this league wouldn’t do anything too different from what we see in the NFL. However, it would adopt several changes that the AAF and XFL tried out such as 1, 2 and 3-point conversions instead of PAT’s, 4th and 12 from a team’s 25-yard line instead of an onside kick and a running clock except for timeouts, scores injuries and a two-minute warning.

Through these rules and more, the league can separate itself while keeping things somewhat familiar with the players and coaches on the field.

The last bit about this four-team league that I think will be a difference-maker is that unlike the AAF and the XFL, the NFL will be more willing to work with this league. Think about it, if you’re the NFL, this league is based in four major cities that you don’t currently have a team in. On top of that, the short season could allow for any of the 32 teams to use it as a sort of developmental spot for any players. Think about it, if you’re an NFL team with a player who you want to get more playing time but isn’t ready to start yet, would you rather have them sit behind someone else for a whole year or have them play in a league against other professionals?

Let’s take the Green Bay Packers for example, who recently drafted Jordan Love to eventually replace Aaron Rodgers. Love’s not going to start for a few more years and probably won’t get that much playing time.

In this league, the Packers could send Love to one of the four teams after practicing with the team all season. He can then play three or four games against professional competition until he’s ready to start, enough to get him familiar with playing at a professional level, but not so many that he puts himself at risk of getting injured. That way when it is time to replace Aaron Rodgers, Love will have much more time under his belt as a starting quarterback than he would have sitting on the bench.

So there you have it. A smaller spring league where every game matters, the teams are in great markets untouched by the NFL, the quality of play is good and, ad a result, the allure for the NFL of partnering with the would-be stronger than in past years.

Whether or not spring football will ever make a comeback remains to be seen. However, with football only getting bigger on both a national and international scale, it’s not hard to believe that at least one other person will give the endeavor a shot. Until then, there’s still plenty to love about the game itself and it’ll only get better as time goes on.