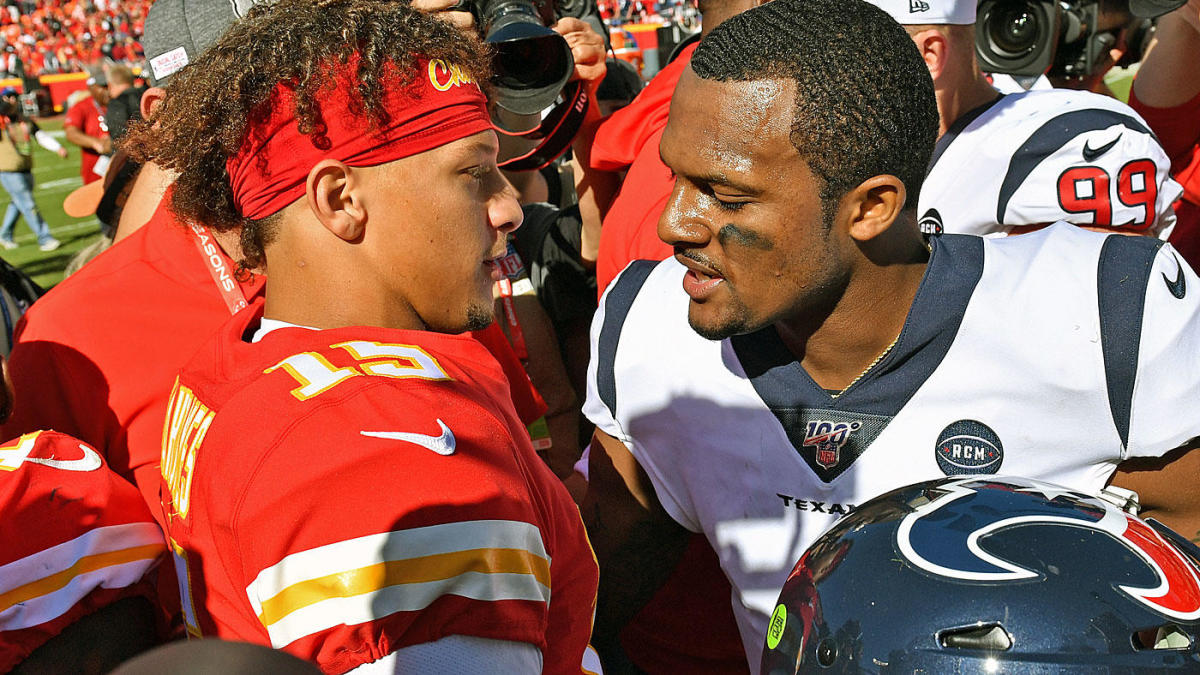 The Kansas City Chiefs and the Houston Texans square off this Sunday at Arrowhead Stadium, a matchup between former 2017 first round quarterbacks. While the Chiefs were resting during their well deserved bye week, Deshaun Watson and the Texans were busy erasing a 16 point lead to win 22-19 in overtime against the Buffalo Bills. Even coming off of that roaring comeback, the Texans are near 10 point underdogs depending on what sporting book you look at.

Before getting into these two teams specifically, do not forget about the regular season matchup between the two division champs. Deshaun Watson led his team from down 17-3 to get the win 31-24 in Kansas City during Week 6 of the NFL Season.

How They Got Here: Chiefs

The Chiefs caught fire in the second half of the season winning 8 games in a row. With this team, everyone knows about the offense and all of the weapons. Expect Mahomes to play like vintage Mahomes, and prepare to see Tyreek Hill and Travis Kelce all over the field. However, what makes this team different from last year when they couldn’t overcome New England is the defense. With the additions of the Honey Badger, Tyrann Mathieu, and Frank Clark,this team finally has a real defense, finishing 7th in points allowed. This means Andy Reid’s offense isn’t forced to put up wild numbers every week, even though they are still more than capable. Everyone is aware of Patrick Mahomes and the prolific Chiefs offense but what makes this team truly dangerous is their newfound defense. Something important to note-do not expect much rust with this Chiefs team coming off of the bye, as they thumped the Oakland Raiders 40-9 coming off of their bye in the regular season. Of course this is much higher stakes, but expect Andy Reid to have his team ready to go.

How They Got Here: Texans

The Texans and Deshaun Watson are still riding the high of their impressive overtime comeback win against the Bills in the divisional round. It has become difficult to ever count this team out of a game and that is thanks to Watson. The Texans have long been a team that is hard to trust, and we saw some of that this season with inconsistent play. However, Watson has that “it” factor, and anyone who didn’t believe that before last week, must believe so now. He is the guy who can turn this team from “inconsistent pretender” to “legitimate contender.” This game will really come down to the play of Watson, because if he doesn’t step up to the challenge it could get ugly. Deandre Hopkins helped with the comeback last week with 6 catches for 90 yards, with much of that production came in the second half. In the first half Hopkins was very quiet besides the fumble that turned into 3 points for the Bills. This week on the road against Kansas City, the Texans need to see the second half form of Hopkins from last week. If Hopkins isn’t getting involved this will be a tough game to win for Houston. For the Texans to upset the Chiefs in Arrowhead, Watson and Hopkins need to come up big.

I expect to see the Chiefs come out hot and firing to start this game. They will be feeling the energy from the home crowd, and Andy Reid will have something beautiful scripted for Pat Mahomes. The Chiefs are the better team on both sides of the ball and have been in this position before of coming off of the bye at home in the divisional round. Still, Deshaun is Deshaun and I can’t forget about the comebacks he has led and what he has done in big moments. The comeback last week, the comeback at Arrowhead earlier this season and many, many more. So although I expect the Chiefs to come out hot, I expect Watson to get them back into this game. He is too good to let this game get out of hand. However, with the Chiefs defense being so improved, the team being at home coming off of a bye, and let’s not forget about Patrick Mahomes, I do not see an upset happening here. I see a Chiefs win and a Texans cover, 31-23.