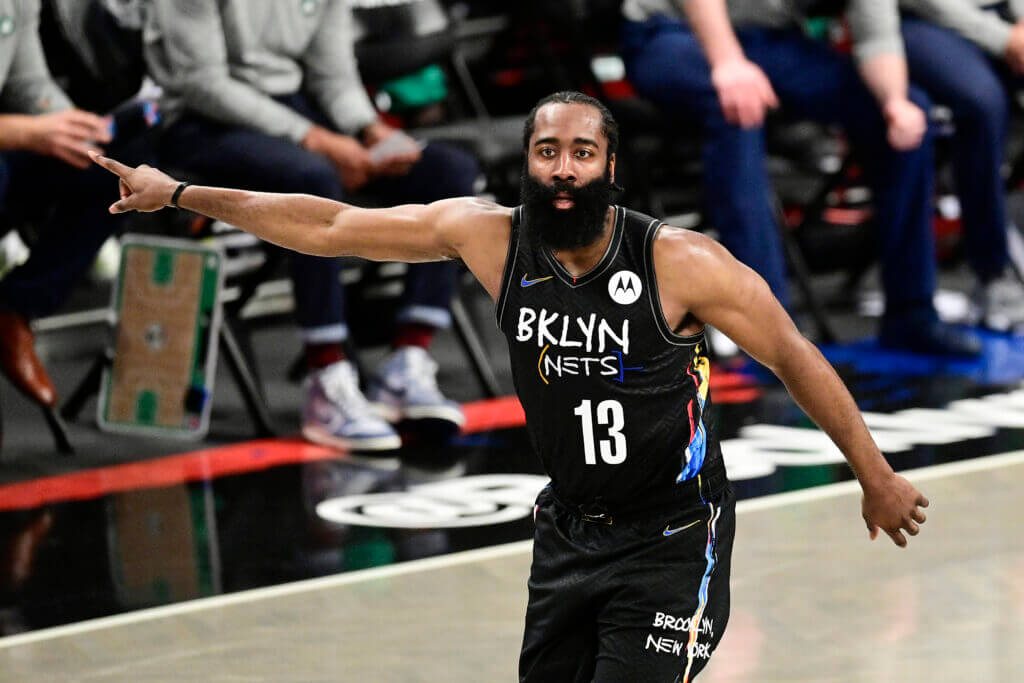 The Brooklyn Nets continued their red-hot postseason play in their 125-86 victory over the Milwaukee Bucks in Game 2 of the Eastern Conference Semifinals last Monday. Having taken a 2-0 series lead, the Nets are currently sitting comfortably in their run for their first championship. Starting tonight, the series heads to Milwaukee for two games, but the Nets will play at least Game 3 down a man:

James Harden exited the game during the opening minute of Game 1 for what would be his second hamstring injury of the season. The first occurrence kept him out for 22 of the team’s 24 remaining games; this injury – reported as ‘right hamstring tightness’ – is all a matter of it he will return for the rest of his team’s playoff run. Can the Nets go on for the time being without Harden? The answer is a confident yes.

Throughout the season, the Nets have shown to succeed when two of their ‘Big Three’ starters – in this case, Kevin Durant and Kyrie Irving – suit up as opposed to only one of them. To briefly recap the first two games of the series, the Nets were able to prevail without Harden’s efforts thanks to strong performances by his fellow starters.

In Game 1, KD and Kyrie each scored 29 and 25 points, respectively; Joe Harris and Blake Griffin scored 19 and 18, combining for 9 three-pointers on 18 attempts. The quartet also combined 13 three-pointers on 33 attempts – the Nets finished 15-39 in three-point shooting while the Bucks finished just 6-30. In their Game 2 demolition, KD scored 32 points and 4 threes while Kyrie added 22 points and 4 treys. The Nets as a team scored 21 threes on 42 attempts with 13 of them coming from the starting lineup.

Defense also a factor in the first two games. In both games combined, Griffin scored 19 defensive rebounds, 3 steals, and 1 block. Bucks’ Khris Middleton scored only 4 of his 30 points in both games combined against his opponent Kyrie Irving. The Nets point guard also blocked the two-time All-Star in Game 1 – as well as contributed to Middleton’s 0-8 start on the floor in Game 2.

The Nets cannot discredit their bench – led by Mike James who totaled 22 points for both games with 4 threes in 54 minutes on the floor; Landry Shamet had an impressive outing in Game 2 with all 9 points coming from behind the arc. The Nets bench outscored the Bucks’ reserves with 59 points in the first two games against the latter’s 43.

Even without Harden, the Nets have the momentum against a playoff-struggling Bucks team. His return will be vital, however, if the Nets hope to advance to the Eastern Conference Finals. Head coach Steve Nash said that Harden’s MRI revealed no structural damage and is currently progressing, but has no clear timetable for his return.