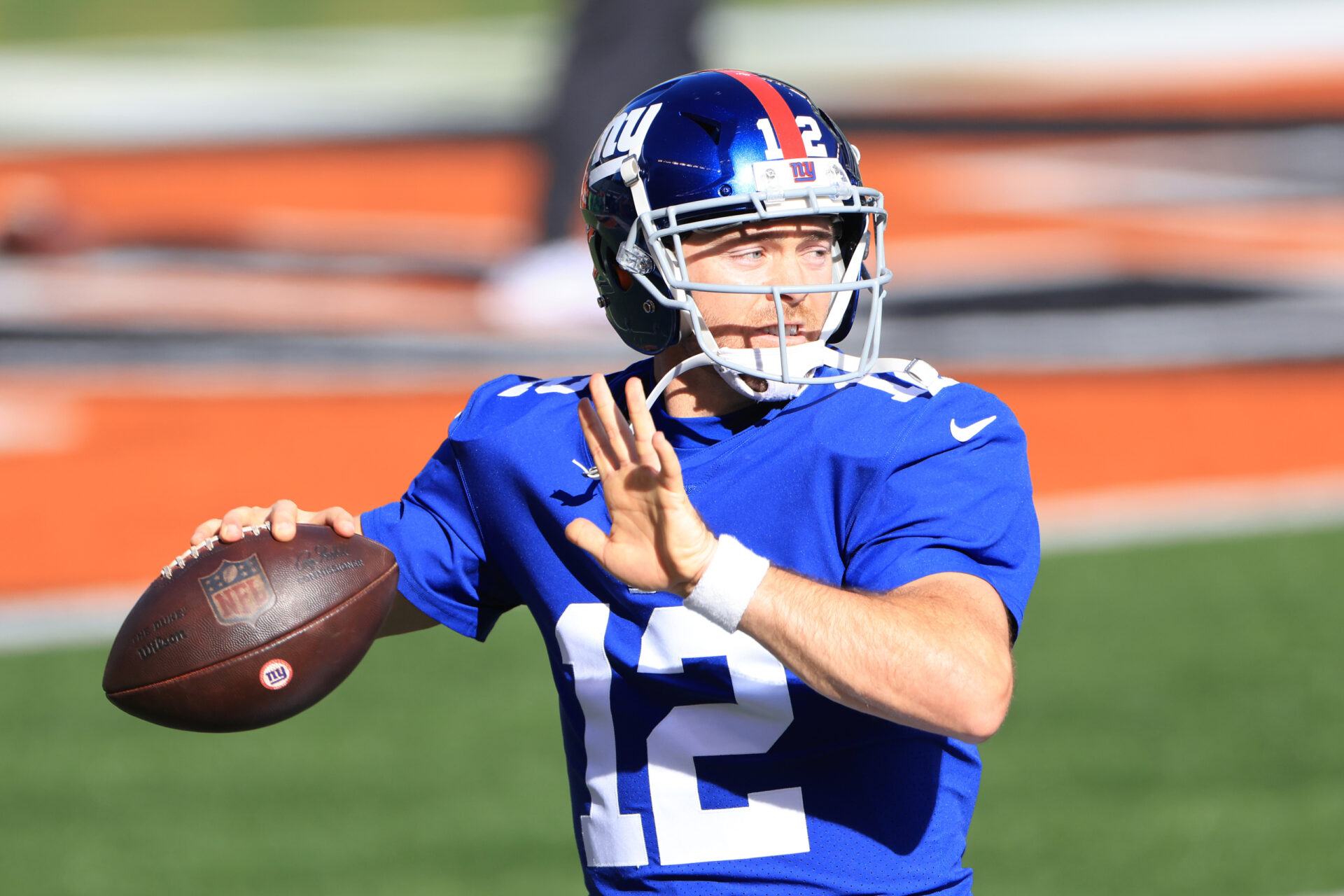 The Washington Football Team – the leading team in the NFC East – just lost to the Seattle Seahawks 20-15, falling to 6-8 on the year. The second-place Giants (5-8) can reclaim the division lead with a win against Baker Mayfield and the Browns. The task might not be easy, but here’s how they can pull it off:

The year 2020 has not been kind to many people – especially those playing in the NFC East. The division posts a combined 20-33-1 record with the Washington Football Team standing in first-place at 6-8. Despite the struggle, teams within the division have pulled off a few upsets, such as Washington’s win over the previously undefeated Steelers back in Week 13.

Heading into tonight’s primetime matchup with the Browns, the Giants are a half-game behind Washington in the win column. If Big Blue wins tonight, they will once again see themselves overlooking their divisional opponents as they own a head-to-head tiebreaker over the Football Team. However, they are faced with a number off tasks as they face off against the playoff surging Cleveland Browns.

The Giants defensive line will be facing their toughest RB unit of the season: Nick Chubb and Kareem Hunt. The Browns have played 11 games with one or both running backs reaching 70 yards on the ground. Together, the duo have combined for a total of 1,653 rushing yards (Chubb has 881 and Hunt has 772).

As for the Giants D-Line, they are coming off their worst performance against the run this season by giving up 159 rushing yards in the team’s 26-7 loss against the Cardinals. Expect Leonard Williams, Dexter Lawrence, and Dalvin Tomlinson to step up enough to keep Cleveland’s RB tandem under the 80 or 90-yard threshold. Don’t sleep on them.

The Giants secondary will also have to make Mayfield, who is fresh off a 343 passing-yard performance in a losing effort to the Ravens, think his options while under pressure. Reasoning for why Baker has so been hot as of late? Three names: Jarvis Landry, Donovan Peoples-Jones, and Rashard Higgins.

In the Browns past two games, Landry had 14 catches for 114 yards and one touchdown; Peoples-Jones had 5 receptions for 166 yards and 1 score; and Higgins had 12 grabs for 163 yards and 2 scores.

As for the secondary, the player to watch is Julian Love who is subbing in for the team’s top CB James Bradberry as he was placed on COVID/reserve last Friday. A solid cornerback at Notre Dame, Love needs to carry his talent into tonight’s matchup with Landry – who had 14 catches and 1 touchdown while limited to 114 yards in his last two games. Opposite of Love is Isaac Yiadom – who will also be put to his biggest test of the season while guarding Higgins. Let’s see this duo prove tonight’s Next Man Up attempt a success.

Heading into his second start as a Giant, Colt McCoy has yet another tough task to complete. He made his first outing as a Giant in their 17-12 upset victory over the Seahawks back in Week 13, but the offense under him was not at its best. They were shut out throughout the first half and didn’t put up any points until the third quarter while claiming their unvanquished lead in the process.

McCoy is expected to face a lot of pressure as his O-Line will face off against Cleveland’s D-Line led by Defensive Player of the Year candidate Myles Garrett. As for his targets, the team’s leading receiver Darius Slayton will play tonight and TE Evan Engram is expected to return from his calf injury. Giving them the ball – along with recently hot RB Wayne Gallman – is crucial for the offense to have its gear moving forward.

Tonight’s game will definitely be the Giants’ biggest challenge of the season, but who knows what surprises will be made tonight. After all, a first-place hold in the division is at stake.