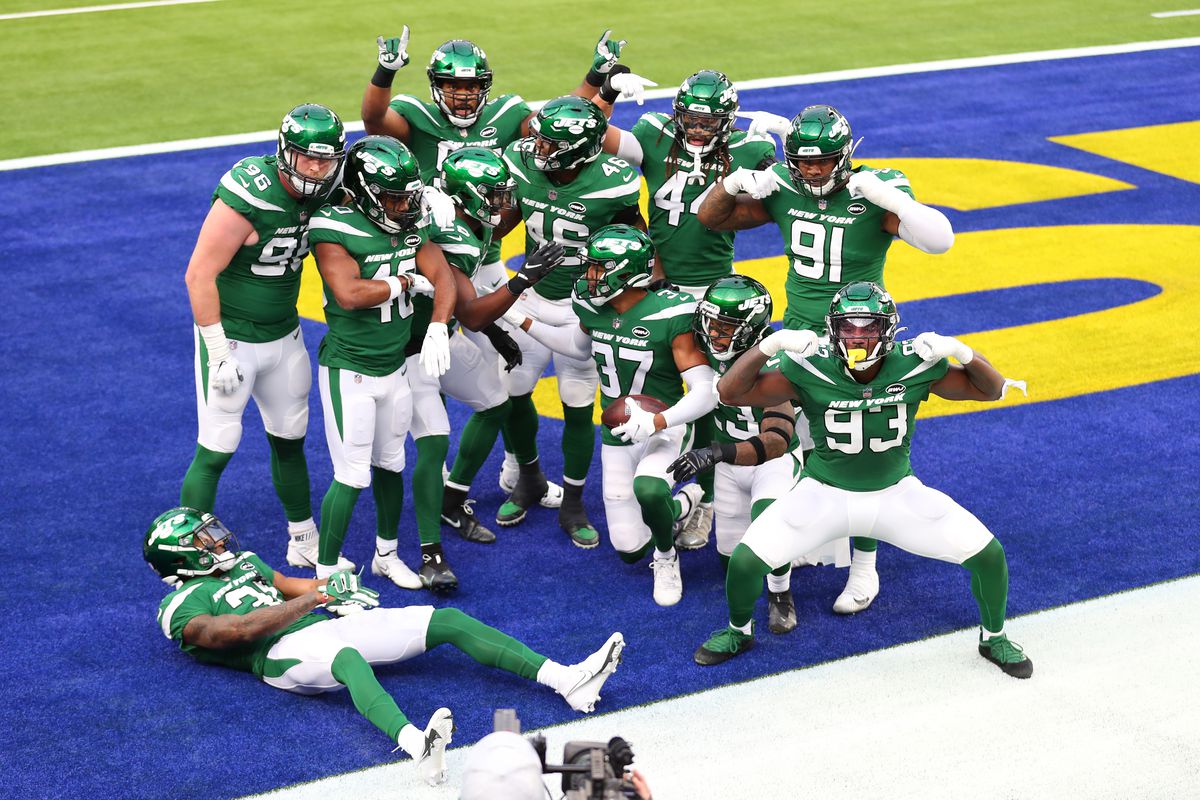 Just a few weeks ago, the Jets were projected to have the first overall pick in the NFL Draft, where they would have almost certainly drafted star Clemson quarterback Trevor Lawrence and then traded their current quarterback Sam Darnold. A lot has changed now for the Jets though, as they shockingly beat the Rams in week 15 and then the Browns on Sunday. This means that the Jaguars have officially clinched the first overall pick, leaving the Jets with the second pick (for now). This complicates things quite a bit for the Jets, as they will have a difficult decision to make if they do eventually end up with the second overall pick. There are two things the Jets could do with the pick: (1) choose a player with the pick, or (2) trade the pick to a team likely looking to move up to take Ohio State quarterback Justin Fields. So let’s take a look at these two options to decide what the Jets should do.

There are a number of extremely talented players the Jets could draft with the number two overall pick, but if they ultimately decide to keep the pick, I think the most likely outcome will be the Jets taking a quarterback, likely Justin Fields or possibly Zach Wilson from BYU. I personally like both of these quarterback prospects and I think there is a high chance that they will both be good quarterbacks in the NFL, but as of right now, Fields would probably be the pick. This would mean that the Jets would likely trade Sam Darnold to another team that is in need of a quarterback, probably for a second or third round pick.

I think that Sam Darnold can still be a good starting quarterback in the league, but unfortunately, a change of scenery might be the only way for that to happen. Jet fans seem to be ready for another quarterback to take the reins, and with how things have gone for Darnold during his tenure with the Jets, he might be ready to play somewhere else as well. So if the Jets truly want to turn the page and start fresh, trading Darnold and drafting another quarterback might be the best move for them moving forward.

Another direction that the Jets could go with this pick is keep Darnold, and then draft a player that is not a quarterback, possibly wide receiver Jamar Chase, tight end Kyle Pitts, cornerback Caleb Farley, or linebacker Micah Parsons. It would likely be considered a reach if the Jets took any of these players at number two though, which makes option number two much more likely in my opinion.

Before getting into what trading the number two pick might mean for the Jets, I want to start by saying that I think that this is what the Jets SHOULD do if they end up with the second pick, but we will obviously have to wait and see whether or not this is what they will do.

If the Jets decide to trade the number two overall pick, I think they could get a top ten pick in 2021, a 2022 first round pick, and then a second or third round pick in either the 2021 or 2022 draft. Even though he is no Trevor Lawrence, Justin Fields is a highly regarded prospect, so teams will probably be willing to offer a package of picks similar to the one I just described. Of the teams currently projected to be picking in the top ten of the 2021 draft, there are two teams that I expect to be looking to draft a quarterback, the Falcons and the Panthers, who currently have the 4th and 9th overall picks, respectively.

Yes, the Falcons are fine at quarterback right now with Matt Ryan, but whoever the Falcons hire as their new General Manager might want to start fresh with a new quarterback leading the franchise for years to come. The Falcons could then trade Matt Ryan (whose contract I’m sure the Falcons would like to get off their books) to a team that has a lot of talent on their roster but could use a short-term upgrade at quarterback, maybe the Washington Football Team, Colts, or Bears for example.

On the other hand, the Panthers currently have Teddy Bridgewater under contract for two more years after this season. If the Panthers decided to trade up for a quarterback, they could have him sit for a year like many other quarterbacks have in recent years and learn from the team’s current starter. Bridgewater is widely regarded as a “true professional”, so I think there is a good chance he would embrace the role of mentor and enjoy coaching a rookie quarterback while continuing to start for the Panthers. The Panthers could also choose to allow their hypothetical rookie quarterback to start in his first year and then trade Bridgewater, who is the lowest paid starting quarterback in the NFL that is not on his rookie contract. Much like the Falcons, the Panthers will also have a new GM next year, which could mean that they will want to make a splash early-on in their tenure and draft a new face of the franchise. If either of these teams decided to pull the trigger and move up to take their franchise’s next quarterback, the Jets would still have a really valuable draft pick, plus more picks in the future to help them jumpstart their rebuild.