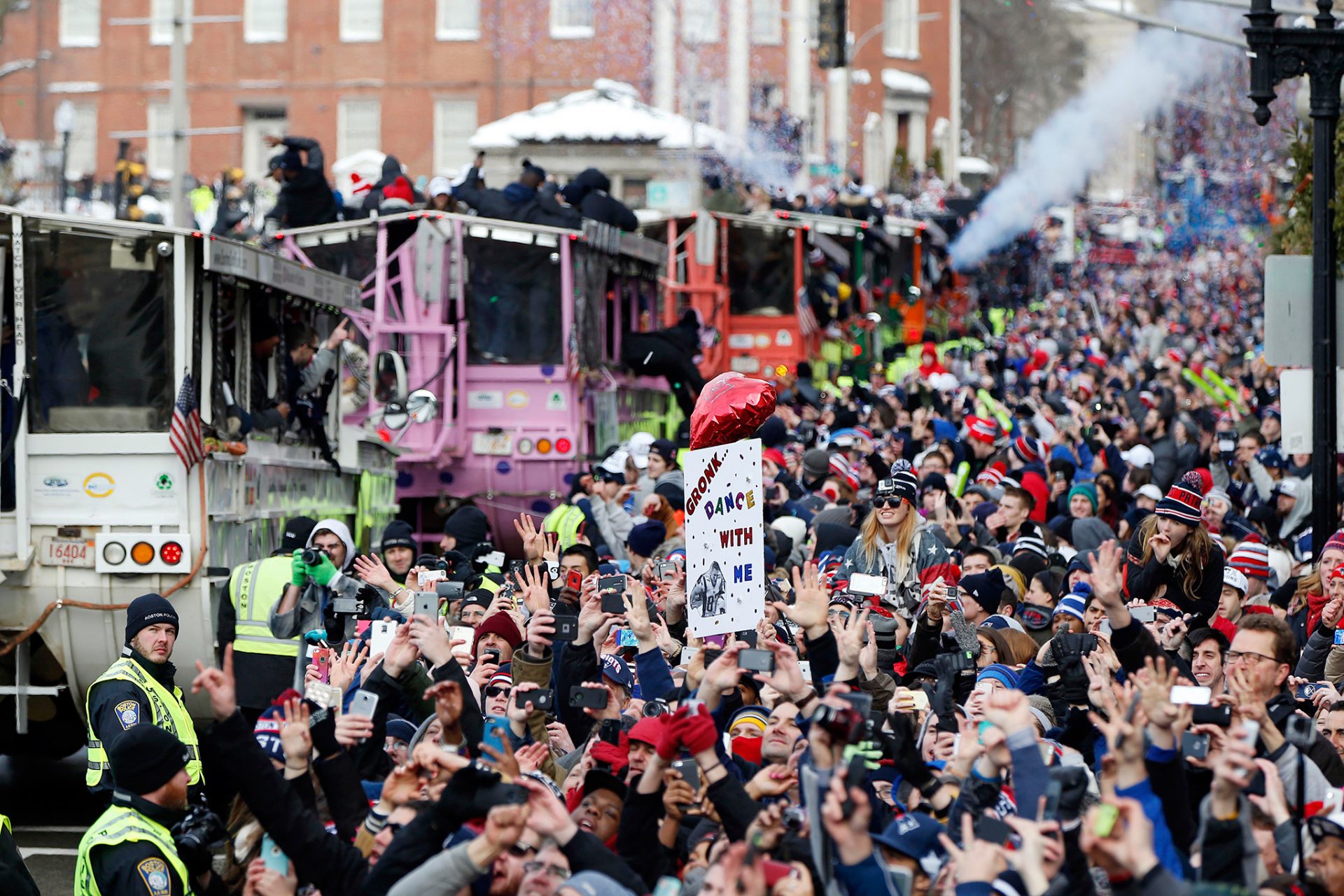 We all know at least one of them…A bandwagon Patriot fan. A family member, a classmate, a co-worker, or a friend, the Patriot bandwagon doesn’t discriminate. These bandwagon “Pats fans” have become one of my biggest sport fandom pet peeves in the last 10 or so years and they are alive and well again!

The Patriots have won the Super Bowl six times since the year 2000; 2002, 2004, 2005, 2015, 2017, and now 2019. Unlike many other New Yorkers I actually have no problem with the Patriot team, I respect watching greatness and that is exactly what Tom Brady and Bill Belichick have turned this franchise into, greatness. I also respect the Pats fans who have been a fan of the team through the ups and the downs, the real die-heart fan. That really means for the fan who cheered for the Pats before the Brady era began. What I don’t respect is the “fan” who comes out of the woodworks when the Pats make the AFC Championship and act like they have been rooting for the team throughout the entire season.

As a die-heart of many unsuccessful New York teams let me explain to you why this is so infuriating…Unlike bandwagon Patriot fans I watch just about every single game the teams I root for play. I pour my heart and soul into my teams, when they lose I get upset and when they win I’m genuinely excited. And, cheering for a team on a nightly basis year after year when they have only won playoff series in 27 years. Lastly, not even coming close to a sniffing a championship in your existence. For most people reading this that probably sounds very familiar, of course only if you are a “real” fan. Bandwagon Pats fans don’t get that feeling, how could they? They decide to cheer for “their team” at just the right time, when they are winning Super Bowl after Super Bowl.

This isn’t some sob story for us New Yorkers; it’s a constant nightmare of watching people who really don’t care about the outcome of the game getting to celebrate year after year while we wait for our franchises to make the next wrong move. It’s the nightmare of watching those people go to the 1,000,000 championship in Boston this upcoming week. It’s the nightmare of seeing all the Patriots jerseys, shirts, and hats at school and work being worn by these fake fans for the next week or so.

Bottom line: sometimes life isn’t fair and the people that deserve something don’t get it and vice versa. The only thing is we keep seeing the vice versa come true, the “fans” who don’t deserve it get what they want over and over again. Congratulations bandwagon Patriot fans I can’t wait to see where your fandom is when the Pats are shit. Rant over, goodnight.