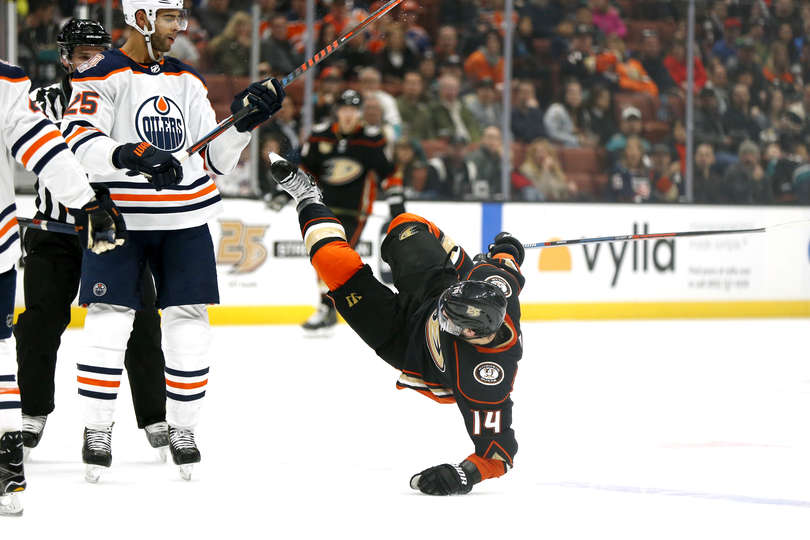 The situation is going from bad to worse in sunny Anaheim. With Monday night’s loss to the Toronto Maple Leafs the Ducks are 2-12-4 in their last 18 games…Not particularly good. In the Ducks last two games they have let in 15 goals; no team in this league can win games if they are giving up that many goals.

This organization is in total shambles and the lack of talent on this roster is really starting to show. Earlier in the year the Ducks unimpressive roster was masked by the unbelievable play by their goaltender, Christopher Gibson. Gibson is arguably the best goaltender in the league. The fact was, there was no way he was going to keep that high of a caliber goaltending up for the entire season. With Gibson now not standing on his head every night the true flaws of the Ducks are on center stage.

In my eyes, the Ducks are the worst team in the league. Hot take? At this point, not really. There is only six teams below them in the standings and if the losses keep piling up those teams will pass them. It’s crazy to think about, this team was in a playoff spot not too long ago and now they are looking at drafting in the top 5 of this years NHL draft.

The first point of action Bob Murray and the Anaheim Ducks organization needs to take is firing their head coach, Randy Carlyle. Firing a coach in the middle of the season is something Murray is very against, but it has to be done. What message does it send the fans if Carlyle is still coaching the Ducks at the end of the season? I wouldn’t be surprised if Carlyle is fired before the Ducks next game.

Moving onto the actual team. The Ducks have a really solid system of young players, the problem is they have too many players on the wrong side of their peek. At the deadline the Ducks must be active selling some of their veteran players such as Silfverberg, Del Zotto, and Eaves. It is time for a “re-tooling” in Anaheim.