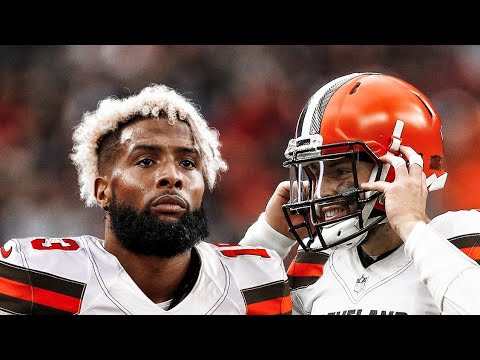 As NFL Training Camps open expectations are high for the significantly re-vamped Browns, but will they be able to live up to them?

OBJ. Baker. Jarvis Landry. Kareem Hunt, Nick Chubb, Myles Garret. The Cleveland Browns are not short of talent, but will all this talent be able to mesh? Will there be an ascendance to an AFC North Title and their first playoff birth since 2002? Or will all these personalities begin to clash so much they self destruct their season? These are all very legitimate questions heading into training camp for Cleveland. However, before we dive into whether the Browns are a legit Super Bowl contender let’s recap how this franchise has transformed over the past year.

Last season the Browns made significant improvement in many areas. They had an outstanding season last year compared to their 0-16 record the season prior. Cleveland went 7-8-1 including a 5-2 stretch in their last 7 games. The Browns seemed to have found their franchise QB too in Baker Mayfield. The rookie out of Oklahoma was runner-up for Offensive Rookie of the Year, as he had a 63.8 completion percentage 27 TD’s 14 INT’s and a very good 93.7 QB rating in 14 games played (13 starts).

This off-season the Browns were huge winners. They traded for arguably the best WR in the game in Odell Beckham Jr. and made a bold move for the talented Kareem Hunt who will be suspended the first 8 games of the season. This is due to Hunt breaking the NFL’s Personal Conduct Policy after a video emerged of Hunt in a physical altercation with a woman. He was cut by the Kansas City Chiefs after the video came to light. Although Hunt has a checkered past his talent is simply undeniable and will help the Browns become even more lethal offensively upon his return.

Are They for Real?

Now the moment of truth. Are the Cleveland Browns a legit Super Bowl contender? My answer to this is NO. The Browns do have a lot of talent, but there are so many personalities in that Cleveland locker room. I think all these personalities will indeed cause some sort of controversy. Although this team might have problems off the field, I think they have too much talent for that to completely derail them from the playoffs. One could argue talent doesn’t take away the issue of a divided locker room. Look at last year’s Pittsburgh Steelers for example. They had a Super Bowl talented roster and failed to make the playoffs due to dysfunction. I think that this dysfunction in Cleveland will take some time to develop. That Steelers team last year had been playing with each other for many years with little playoff success. Pittsburgh also had to deal with their star running back Leveon Bell holding out which caused an off the field distraction. Even worse then Bell they dealt with Antonio Browns antics all season which directly lead to his trade.

This talented Browns squad are all pretty much together for the first time right now. I believe over time their may be issues with this club’s star players not meshing. Particularly in the case of OBJ. What if Baker doesn’t give him enough targets and gives Jarvis Landry more? What if their down in a game and nothing seems to be going right? The OBJ sideline outbursts wore thin with the Giants and they will sure do the same in Cleveland if the Browns face any controversy in game situations.

In saying all this I think the Browns will be an 11-5 football team and win the AFC North this year, ending their long playoff drought. However, this does not make them in my eyes a Super Bowl threat. I think in the AFC the Patriots, Chiefs, Chargers, heck may even the Steelers could present rather large obstacles for the Cleveland to hurdle. It will be interesting to see what happens as training camp is only the first step of what should be a long, but fun road. Hopefully for the 2019 Cleveland Browns, that road leads to the playoffs and beyond. Only time will tell if that actually happens.