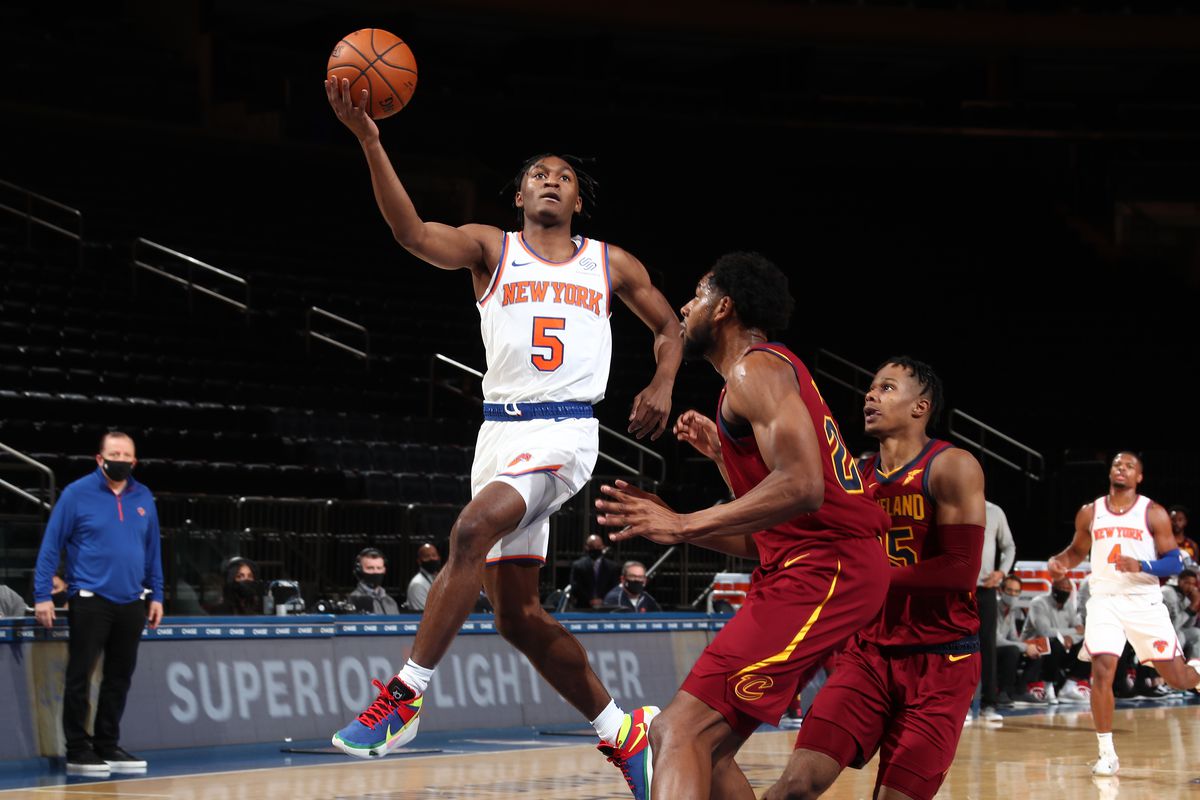 The Knicks played their first game at The Garden against the Cavs last night, and although the seats were empty, they brought the energy. They were short-handed from the beginning, as Nerlens Noel, Alec Burks (who had both started the first two games), and Frank Ntilikina were all ruled out for various reasons.

As the game moved forward, Mitchell Robinson was in foul trouble and Cavaliers Center, Andre Drummond, was dominating the paint. In the 3rd quarter, the Knicks collapsed and looked like they were just going to roll over after falling behind by 18 points, but Coach Thibs pushed all of the right buttons with his 4th quarter lineup, sending out Rookie Immanuel Quickley to run the offense. Quickley’s energy was infectious, as it rubbed off on Dennis Smith Jr., Kevin Knox, Obi Toppin, and Mitchell Robinson, who played most of the quarter with 5 fouls.

In the end, a plethora of Kevin Knox 3’s and Quickley dimes led the Knicks to a huge comeback win against Cleveland. Although it won’t count in any standings, it was a moral victory for the youngsters of New York, who’s oldest player on the floor was Obi Toppin during most of their run.

Check out the video below for my full thoughts on the game: