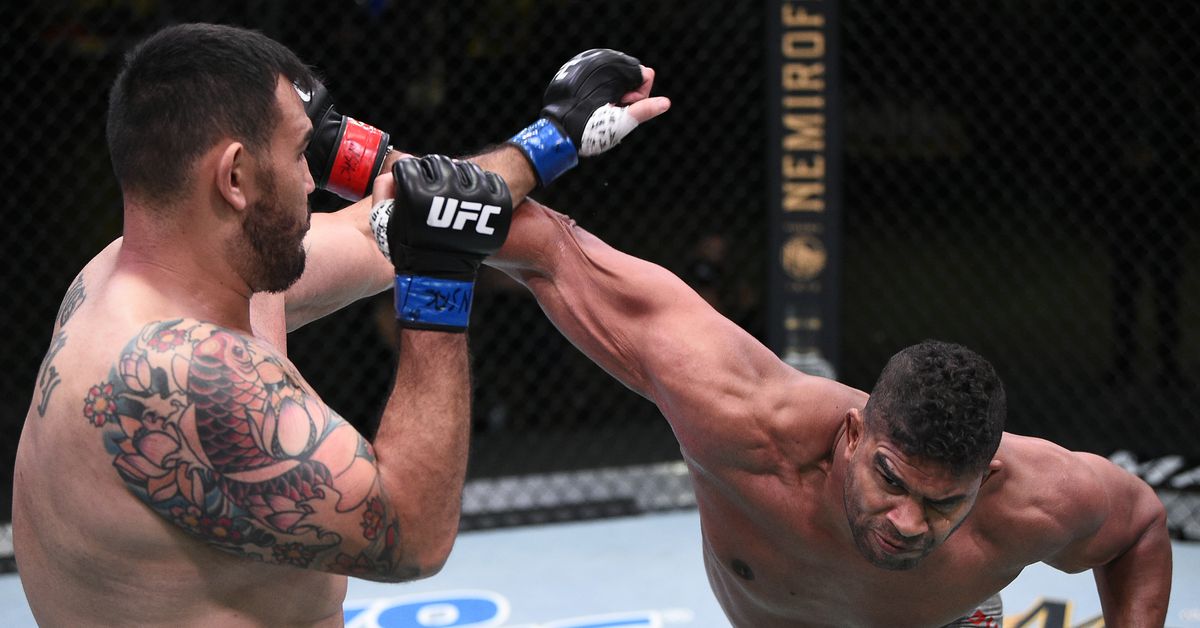 MMA legend and heavyweight contender Alastair Overeem proved once again that he is a title contender with an impressive win over the dangerous Augusto Sakai. Despite facing adversity and losing rounds 1 and 2, Overeem was able to make adjustments and turned the tides in his favor at the midpoint of round 3 when he landed a takedown. Round 4 saw Overeem once again close the distance and land a takedown where he was able to control Sakai and land devastating ground and pound. Sakai barely made it past round 4, and referee Herb Dean was close to stopping it a few times. In round 5, Alastair was able to take Sakai down early and he landed a few deadly elbows and hammer fists from the top, and got the stoppage within the first minute of the round. Overeem displayed his versatility once again and was able to stop Sakai in his tracks. Sakai fought a fantastic fight as well, especially in the early rounds, but Overeem’s grappling and experience proved to be too much for the Brazilian up and comer.

“The Demolition Man” Alastair Overeem had a spectacular performance on Saturday night. He was able to weather the early storm and then use his experience and skills to get the finish against a dangerous opponent. Despite all the craziness and excitement in the heavyweight division, I believe that Overeem can be right back in the title picture where he wants to be, with 1 more win. His next fight should be against #3 ranked Jairzinho Rozenstruik, an opponent who he dominated for nearly five rounds last December, but got knocked out right before the final horn. Overeem would love to take that loss back.

Although Augusto Sakai lost Saturday night’s main event, I believe that his stock went up. This was by far his toughest test in the UFC and he performed very well, despite the loss. He was able to put together rapid combinations as well as land knees and elbows against a true veteran. Once he works on his ground game, which I believe he will, he is going to be an even tougher challenge for heavyweight contenders. Sakai’s next fight should be against #9 ranked Walt Harris. If these two powerful strikers collide, it would be a fun fight for everyone.

1. Although we did not get to see a Von Flue choke from Ovince Saint Preux, we did get to see an amazing knockout from him in round 2. Despite coming off of COVID-19 and having the fight pushed back a week, Saint Preux looked great all fight. He took a few shots from the powerful Alonzo Menifield, but always looked the superior fighter. Congratulations to Saint Preux on the highlight left hook knockout, and the performance of the night bonus.

2. The always entertaining Michel Pereira defeated Zelim Imadaev by a rear-naked choke in round 3. Pereira and Imadaev had several good exchanges in the fight with Pereira winning most of them. He was flashy as always, throwing strikes from awkward angles and got the finish in the final round. Congratulations to Pereira on earning the performance of the night bonus.

3. Brazilian Andre´ Muniz was able to get the round 1 finish over Bartosz Fabinski with a crafty armbar. Fabinski’s game plan was to take Muniz down from the first second of the fight. Muniz however, was too skilled from the bottom and locked in the armbar at the midpoint of the fight, winning him the performance of the night bonus.

4. Featherweight veteran Brian Kelleher locked in a perfect guillotine choke on Ray Rodriguez to finish the fight inside 40 seconds of the first round. Kelleher made light work of Rodriguez who came in on short notice. Kelleher also won a well-deserved performance of the night bonus.