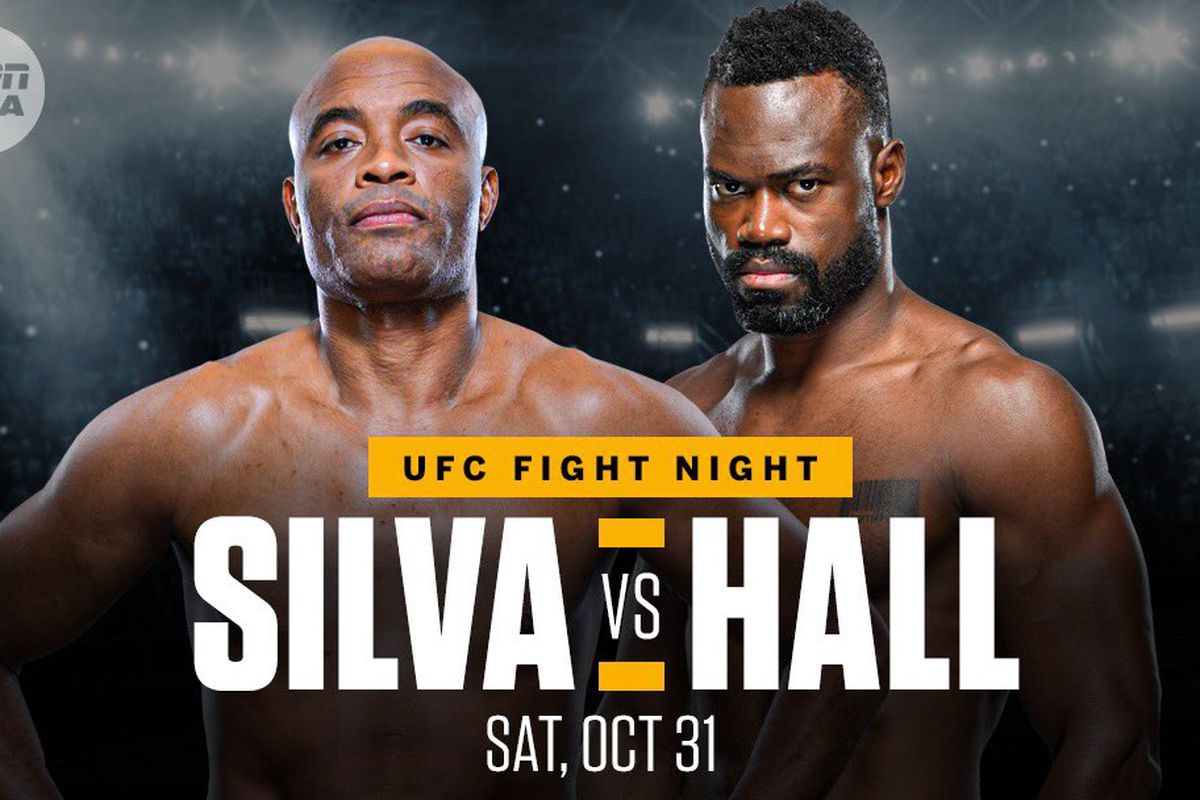 After a successful trip to Fight Island, the UFC returns to the Apex Center in Vegas, starting this round of events with the #10 ranked Uriah “Prime Time” Hall taking on the legendary “Spider” Anderson Silva in Saturday night’s middleweight main event. Hall has had two fights canceled in 2020 against Jacare Souza and #5 ranked Yoel Romero in 2020, and now he gets to go up against the former champion, in what could be “The Spider’s” last fight. Hall is on a 2 fight win streak, but his last fight was in September 2019. Silva on the other hand has won just 1 of his last 8 fights, losing the last one to #3 Jared Cannonier in May 2019, where he hurt his knee in the first round. It will be interesting to see if Hall can build on his streak and how Silva comes back after a horrible knee injury at the age of 45.

Hall is a phenomenal striker who has finished 12 of his 16 wins by KO/TKO. He has had different types of knockouts with flashy kicks and punches and will look to land on the former champion. Speaking of great strikers with spectacular finishes, Silva might be the best striker that the MMA world has ever seen. His timing and precision has been unmatched in the octagon and this was seen during his legendary title run, where he won 12 out of 14 championship fights. This fight is going to be a standup back and forth, and I do not see it going to the ground. Will the dangerous Hall be able to spoil Silva’s retirement party, or will the once invincible Silva give us one more heroic performance?

Hall by KO/TKO (+150)
I would love for nothing more than Anderson Silva to walk in there and get the finish to ride out into the sunset with a win. But I think that Uriah Hall will have the advantage because of his youth. Silva has lost the speed and power he possessed as a younger fighter, while Hall still possesses those tools. Since this is a five-round fight I do not see it going the distance.

Mitchell to Win (-136)
The man with the camo shorts, Bryce Mitchell faces his toughest test to date in Andre Fili. Mitchell has had great success in the UFC because of his unbelievable ability on the ground, where he has been able to control every opponent he has gone up against to get a submission or a one-sided decision. Fili is a tough, well-rounded fighter with a lot of UFC experience, but I do not see him being able to compete with Mitchell on the ground where the fight will end up.

Hardy by KO/TKO (-120)
Greg Hardy will have a clear advantage on the feet against Maurice Greene, and Greene will have the advantage on the ground. Greene tends to gas out during the fight and that is why I see Hardy being able to keep the fight standing and land strikes. Hardy also has 5 finishes in his 6 wins and I think he will add another one to that total.

Holland by KO/TKO (-167)
Kevin Holland has had 3 fights and 3 wins in 2020 with 2 KO/TKOs. He is taking on Charlie Ontiveros who is making his UFC debut. This is such a tough opponent to throw at a debutant but fighters have to make the most of their chances in the UFC. I see the UFC veteran taking this by knockout because he is the better fighter and has looked terrific in his recent fights.

Green by Points (-135)
Another fighter who has won three fights in 2020 is Bobby Green, having done so with 3 unanimous decisions. He takes on the young Thiago Moises who got a submission win this May. Once again, I like the more experienced and active fighter to win, and looking at what Green has done this year, he is going to get another decision win.