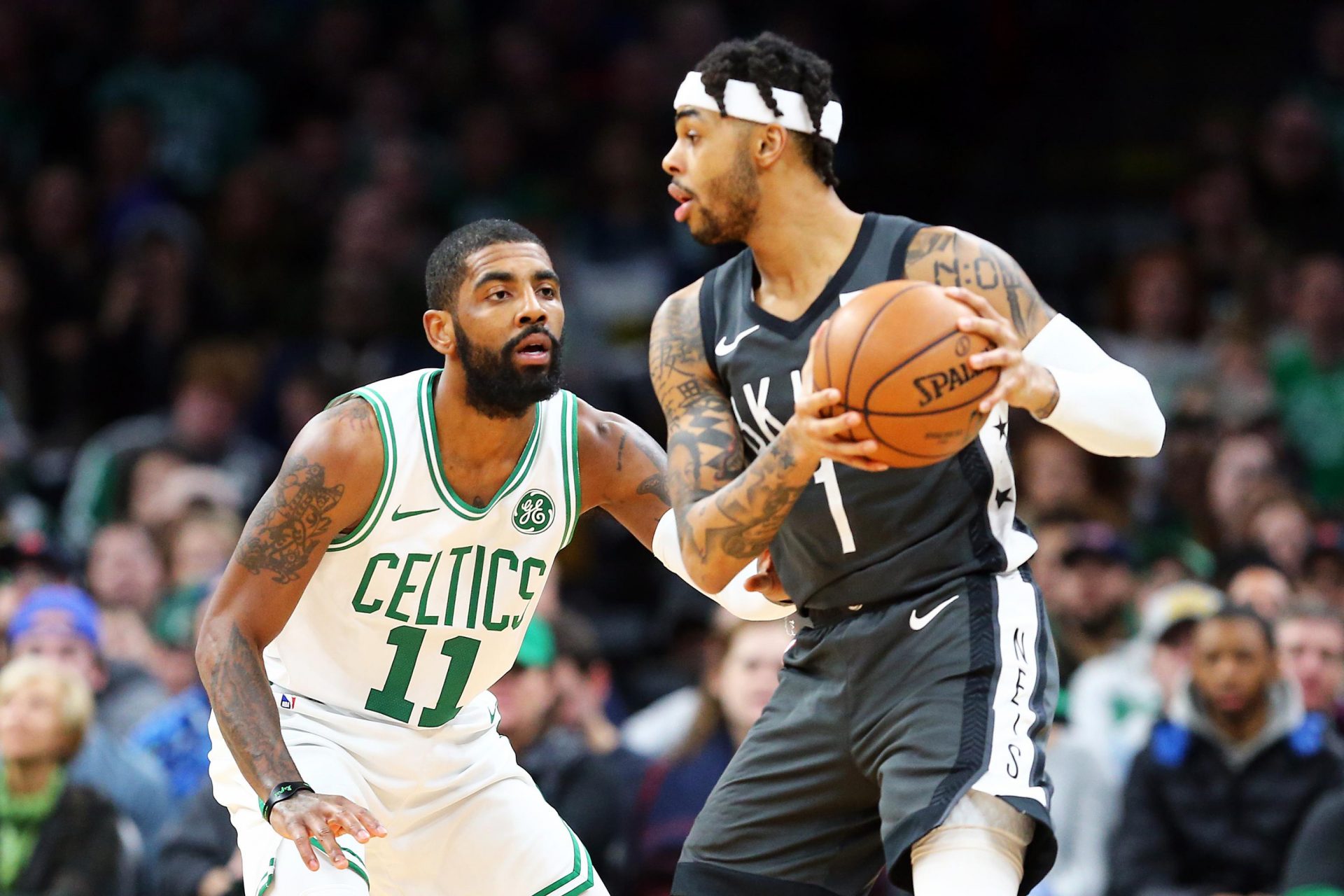 This all started about a week ago when the Nets made the smart decision to trade Allen Crabbe and his huge contract to the Hawks. After this trade, the rumors started to swirl almost immediately that Kyrie could be headed to the Nets, as the famous Woj tweeted this:

This report is obviously a big deal, and since a lot of plugged-in people from around the league thought that Kyrie would sign with the Nets this summer, I think it is fair to trust this report and assume that the Nets will sign Kyrie very early on in free agency. News also broke last night that Kyrie Irving had signed with a new agency, ROC Nation Sports, which was founded in 2013 by former Nets owner Jay-Z. The possibly more relevant connection though, is that the current President of ROC Nation is the twin brother of the CEO of the Nets. So when you consider all of these different factors, I certainly believe that this rumor is totally true, and that Kyrie will be signing with the Nets in the coming weeks.

So what does this all mean for the current face of the Nets, D’Angelo Russell? D-lo has made it very clear on Instagram a couple of times that he wants to play alongside Irving in Brooklyn, but will this actually come to fruition? It’s hard to say, but as I wrote in my last Nets blog, I am not convinced that two players that play the same position with very similar play styles will gel well together. This hurts me to say because I LOVE D’Angelo Russell, but I still think the best things for the Nets moving forward would be to sign-and-trade Russell to a team for a high draft pick, and then go after another max free agent (preferably a forward), such as Jimmy Butler, Khris Middleton, or Tobias Harris. I think this would maximize the talent on the Nets roster more than simply re-signing Russell and signing Kyrie. If the Nets did re-sign Russell though, I would definitely be okay with it because of how much I like him, I would just be a little skeptical as to how the two star point guards would mesh with each other.

I truly believe that this is just the beginning of an extremely exciting offseason for the Nets and their fans, so Woj, let the free agency rumors fly.