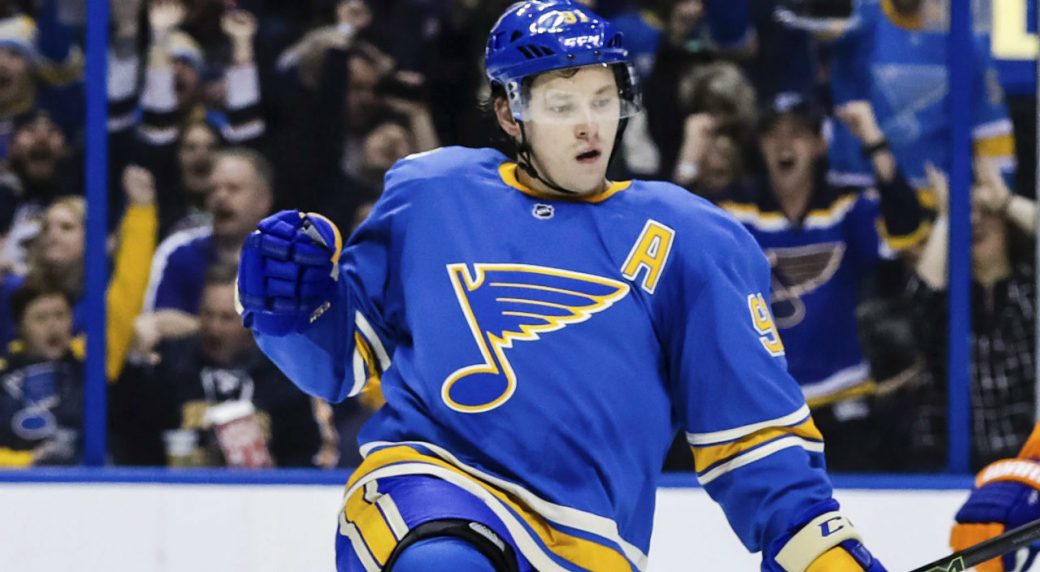 After a terrible first half of the season, the St. Louis Blues are the NHL’s hottest team after winning their 10th straight game. Will it continue?

After narrowly missing the playoffs last season, the St Louis Blues had what many thought was a great offseason. St. Louis bolstered their roster as they acquired players like Ryan O’Reilly, David Perron and Tyler Bozak. They looked like a team that would easily be among the top 3 in the loaded Central Division and a true contender in the Western Conference.

Fast forward to January 2nd. As the Blues entered the new year, St. Louis was among the league’s biggest disappointments. They sat at a 15-18-4 record and had the least amount of points in the ENTIRE National Hockey League. Their head coach Mike Yeo was fired earlier in the season. Interim Head Coach Craig Berube wasn’t solving the issues. Star players Vladimir Tarasenko and Alex Pietrangelo were not playing nearly to level most were accustomed to seeing. The goaltending was absolutely deflating and terrible. St. Louis was to put it honestly, an absolute dumpster fire. Nothing seemed to go right.

Fast forward now to today, February 18th. The Blues are now 31-22-5 and have gone 16-4-1 since January 1st. They are winners of 10 straight games and find themselves as the 3rd seed in the Central Division. What an absolutely incredible turnaround. The Blues are rolling right now. The biggest factor is their best player has finally found his game and just like his team, he is the hottest player in the league. Vladimir Tarasenko is on a 12 game point streak and over that streak has 22 points (11 G, 11A). That is absolutely dominating hockey by Tarasenko. The Captain Alex Pietrangelo is also looking like his old self as he has been playing great two-way hockey of late.

Another huge factor into St. Louis’s resurgence is the goaltending. It has improved drastically since Jordan Binnington has taken the net. The 25-year-old Binnington who was a third round draft pick in 2011 (88th overall) haw been stellar in net for the Blues. Binnington has posted a 12-1-1 record with a 1.58 GAA and a .937 save percentage. He’s provided the goaltending the Blues desperately needed and weren’t getting from Jake Allen the first half of the season.

On top of the goaltending I would be remiss to mention what a job Craig Berube has done since taking over this team. Berube has gone 24-13-2 since taking over the Blues from Mike Yeo. What’s even more impressive is if the Blues make the playoffs, this would be the second time in Berube’s head coaching career that he has taken over a team after an early season firing and took took them out of the league cellar and into the playoffs. During the 2013-14 season Berube did just that with Flyers.