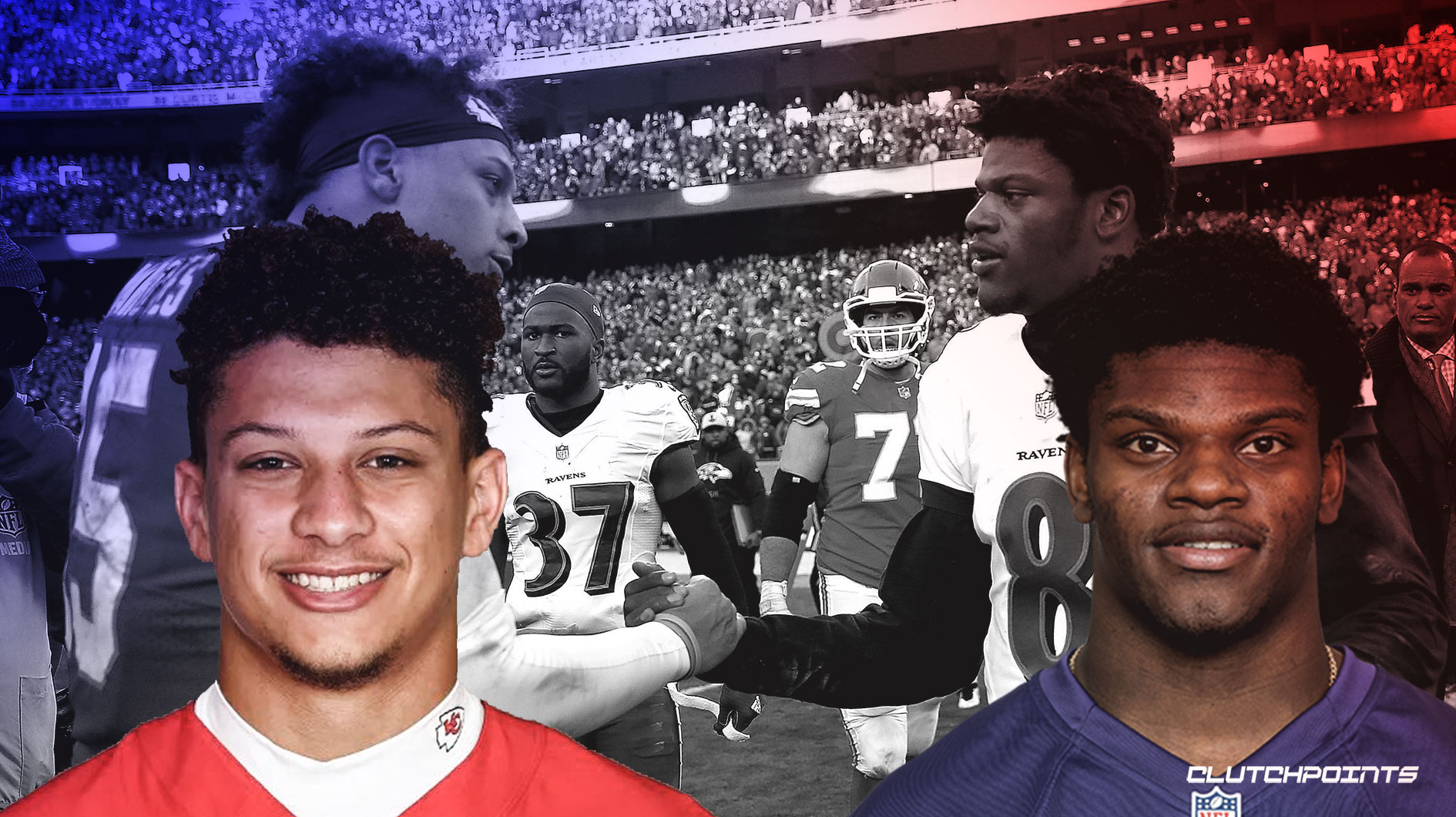 NFL fans have been blessed in the past 5 years with a plethora of young talent at the quarterback position. From electric rookies Justin Herbert, Joe Burrow and Jalen Hurts, to proven stars Lamar Jackson, Josh Allen and Patrick Mahomes, nearly half the league boasts a quarterback age 25 or younger at the helm. Out of the 12 young starters, who falls within the top 5?

What a season from the rookie out of Oregon. The Chargers turned some heads when they drafted Justin Herbert 6th overall, but as soon as he took over the starting job from Tyrod Taylor, he proved them right immediately. Throwing for 4,331 yards and 31 touchdowns is an incredible start to what the Chargers hope will be a long career in this league.

It wasn’t quite his MVP season from a year ago, but Lamar Jackson still remains one of the most electrifying playmakers in the NFL. He is a threat to score from anywhere on the field, with either his arm or legs, and finally ended the “can’t win in the postseason” narrative, which I believe was unfair to begin with. Despite a “down” year, Jackson still ran for another 1,000 yards and posted 35 total touchdowns. He’ll be back in the conversation for MVP sooner rather than later, maybe even in search of the franchise’s 3rd Super Bowl.

It was a rough season for the Texans, and an even tougher offseason already. The lone bright spot this season was Deshaun Watson, who led the league in passing yards in 2020. However, after questionable decisions made by the front office, Watson now wants out, exploding trade rumors and leaving interested GMs scrambling to gather assets to potentially offer for the young star. One thing is for sure: Watson is worth it, and whatever team ends up snagging him will tremendously upgrade their offense, provided they can build around him correctly.

Josh Allen had himself a season to remember, aided by the offseason addition of Stefon Diggs. He accounted for 45 total touchdowns on his way to leading the Bills to a 13-3 record and a AFC Championship Game appearance, showing doubters that his ceiling is as high as nearly anybody in the NFL. Allen took a huge leap in 2020, and shows no signs of slowing down.

When it comes to ranking the best quarterbacks in any manner, Patrick Mahomes has turned himself into the default number one. Heading to his second Super Bowl appearance in as many years, as well as an NFL MVP award under his belt, Mahomes has blown away even the highest expectation he had coming out of college. What he has done in 3 years as a starter is nothing short of incredible, and it must be terrifying to the rest of the league what this guy can do as his career progresses. Expect his name in this conversation, and any conversation for that matter, for years to come.

Fun Fact: Only 3 of the 12 starting quarterbacks age 25 and under play in the NFC (Daniel Jones, Jalen Hurts, Kyler Murray).