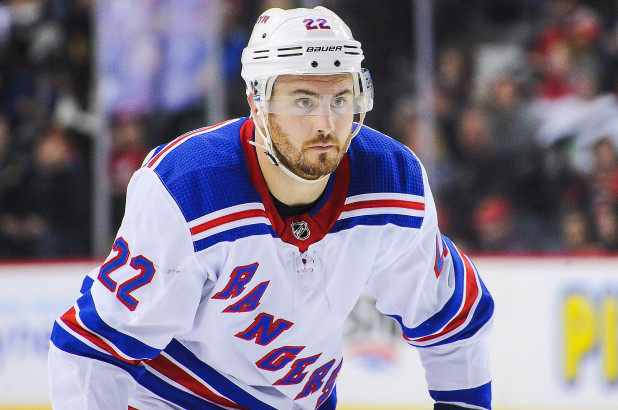 After just two seasons with the Blueshirts Kevin Shattenkirk will be bought out of the final two years of his contract.

The Rangers very difficult salary cap situation just got some much needed relief for the time being. The last couple of weeks there were a lot of questions of what New York was going to do with their cap crunch. Well, that question was answered on Wednesday evening, as Brett Cyrgalis of the NY Post reported that the 30-year-old Shattenkirk will be bought out of the final two years of his contract. It is a decision that will give the Blueshirts some much needed cap space after the re-signing of restricted free agent Pavel Buchnevich put them over the $81.5-million-dollar cap. The Shattenkirk contract will now carry a $1.483-million-dollar cap hit next season. After that though it becomes a little dicier with a $6.083 million dollar hit in 2020-21 and a $1.433-million-dollar cap hit the next two seasons after that.

The Rangers did not have a ton of choices to become cap compliant. They can’t find trade partners for Vlad Namestinkov’s $4-million-dollar cap hit. Buying out Brendan Smith or Marc Staal were other options, but Smith will likely be playing in Hartford this fall leaving the Rangers with a little relief. A Staal buyout wouldn’t make much sense compared to Shattenkirk, as Staal’s play has been better compared to the injury riddled Shattenkirk over the last two seasons. Trading Chris Kreider who is a pending unrestricted free agent after this season presents another option. However, the big, speedy winger who had 28 goals last season has become a leader and is an important part of the Rangers locker room. I think that Rangers would like to keep him as opposed to dealing him for assets. The Shattenkirk buyout in the short term was the best option.

Let’s also not forget the Rangers also have to re-sign RFA’s Alex Georgiev, Anthony Deangelo and Brendan Lemieux. So a Krieder extension is still one that has doubt. The Rangers will have to be very creative to get out of this bind, but with plenty of high priced contracts coming off the books in the next 2 years (Lundqvist, Staal) and an increasing cap the Blueshirts long term will have more room to navigate. For now, they will continue to have cap issues. The Shattenkirk buy out will do plenty to relieve it, but that alone won’t do the trick. There is more work to be done this offseason as summer will eventually fade into fall. Will the Rangers cap problems fade too? Only time well tell.