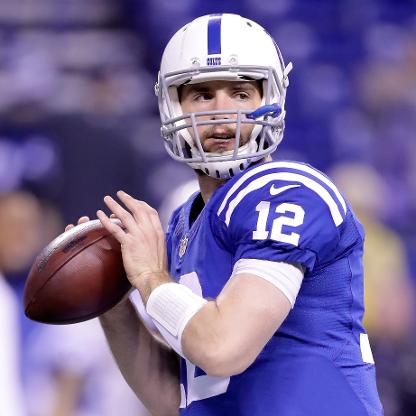 This game is a close one. The teams have played twice this year, with the road team winning by a field goal in each game.  The Colts are probably the hottest team in the league, winning 9 of their last 10 games.  The Texans have shown more consistency throughout the whole season.  People like to think the quarterback who plays best in this game will win this game, Watson or Luck, and that could be the case.  I believe the quarterback that plays best in this game will correlate directly with the quarterback that gets protected the best, and that is undoubtedly Andrew Luck and the Colts. The Colts win this game in a close one like the regular season matchups.

Another extremely tight game with opponents who have played this season.  However, both teams are drastically different teams since that regular season matchup.  These teams have very similar styles, both love to pound the rock, and both have very stingy defenses.  This will be a slow, grind-it-out football game.  Picking the team with the Super Bowl winning quarterback, and the number one rushing attack in football may be the sexy pick, but I don’t think it’s the right one.  Behind a great game by Zeke, Dak making the necessary plays, and the defense playing the way they have been, the Cowboys win this football game.

What a tough draw for the Chargers.  Finishing the season 12 and 4 and their reward is an away game across the country during Wild Card Weekend.  This game continues the theme of a tight one with two teams who recently played.  Baltimore won in Los Angeles 22-10.  The exciting rookie Lamar Jackson against the Super Bowl hungry veteran Phillip Rivers.  Rivers will not go down without a fight and I am sure he will give it everything he has against this gritty Ravens defense.  However, the combination of the unique Ravens offense with the scary defense will be too much.  In the most exciting game of the weekend, the rookie quarterback and the Ravens prevail.

To close out the weekend we have the former Super Bowl champion Eagles against the best defense in the league, the Bears.  The Eagles got hot at the right time with Nick Foles at the helm and managed to squeak into the playoffs after a pretty disappointing season.  However, none of that matters now that they have made it in, anything could happen.  Sadly, for Eagles fans, I can’t see them going into Chicago on Sunday night and winning this football game.  The magic will run out.  The Bears defense is too dominant and their offense has been able to get it done under Matt Nagy.  The Bears will pull away late in this one.