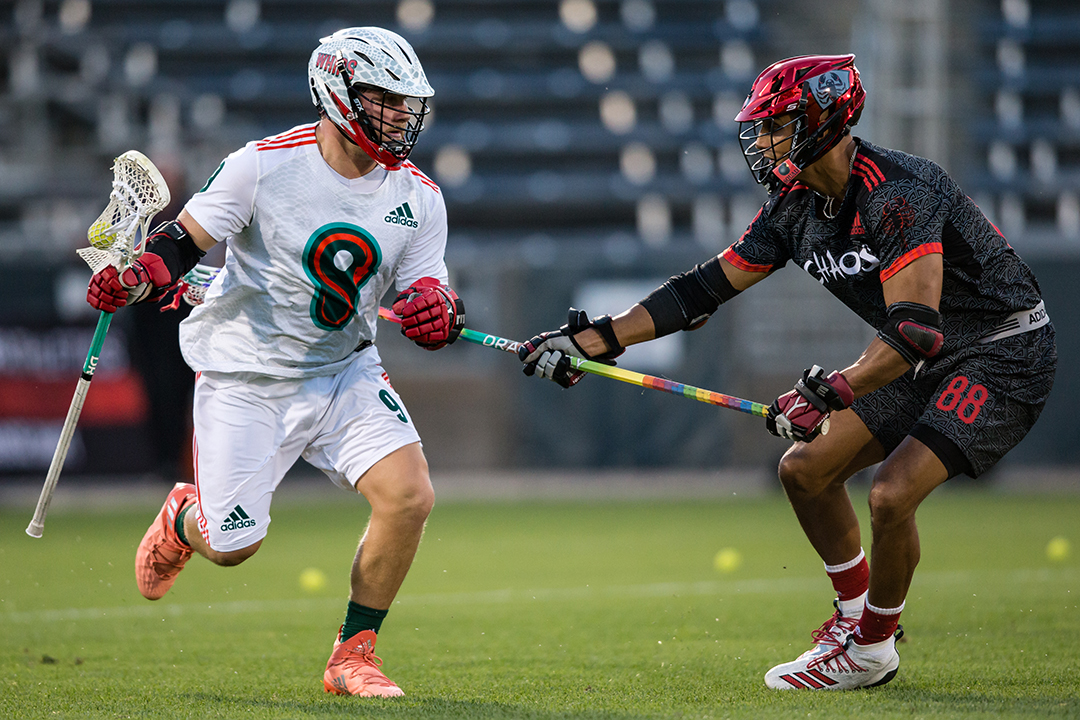 It’s hard to believe that the PLL’s Championship Series is almost finished. It feels like it only started two weeks ago (oh yeah). It was a quick but very exciting couple weeks of lacrosse, and I have a feeling the best is yet to come. See below for reactions to the playoff games so far, and predictions/matchups to watch out for in the Championship game on Sunday.

Unfortunate ending for new head coach Tim Soudan and his group, who came out the gates firing on all cylinders, finishing 3-1 in pool play. They just caught a Chaos team that got hot at just the right time, and John Galloway and his defense had no answers for them. However, watch out for Chrome LC. With Jordan Wolf and Justin Guterding manning the offense, young star Connor Farrell at the faceoff X, and veterans Jesse Bernhardt and John Galloway heading the defense, this is a team that could do some damage in 2021.

Great season from the Waterdogs, who quickly formed a good culture around them, credit to head coach Andy Copelan. Unfortunately, the ‘Woods offense was too much for the ‘Dogs, who will have the whole offseason to retool and come back stronger. Never count this team out, even if their 2020 record didn’t necessarily show it. This is a talented team with a ton of upside.

Crazy start for the Archers who looked like they would win the game 20-0 against an Atlas team that looked like a deer in the headlights. Atlas finally figured it out after spotting Tom Schriber & co. 5 goals, but it was too little, too late, as they will have to try to build up that chemistry next season, hopefully with a full training camp. For the Archers, what a game from Captain America, who finished with 3g 2a on 5 shots!

Bravo to Andy Towers and his squad. After going 0-4 in pool play, Towers benched 2019 MVP candidate Connor Fields for the playoffs, and miraculously, it worked! The Chaos offense has erupted the last two games to score as many goals as they did in the first four games, and now find themselves in the championship game. I have no doubt the Archers will be back in contention in 2021 with their full cast intact. Chaos remain one of the most talented teams in the PLL, they just needed the right push. Can they now knock off the Whipsnakes?

Count me as someone who didn’t think this game would ever go to overtime. Even in the second quarter, when the Whips had a 8-3 lead and all the momentum in the world, it seemed like they would just continue to steamroll whoever was in their way. Credit the ‘Woods, especially Matt Kavanaugh, who had 4g 1a, for fighting back into this game and showing everyone that Jim Stagnitta’s group was indeed human. The Redwoods defense held Matt Rambo’s offense off the board for 20 straight minutes at one point, and somehow it seemed like the Whipsnakes wouldn’t walk away with 2 rings in 2 years. However, in Whipsnake fashion, Jeremy Sieverts, in his first shot of the game, put one in the back of the net to send the Redwoods packing once again.

The Whipsnakes D has been able to shut down nearly everyone they have faced, controlling the pace of their opponents and forcing them into turnovers and double teams. With the unpredictable nature of the Chaos offense, and their potential to score in bunches, the pace of play will likely play a large part in the outcome of this game.

Joe Nardella has dominated everyone he has faced in 2020, and remains by choice for MVP. While I don’t think Kelly will be able to go blow for blow against Nardella, he and his wings must find a way to slow him down and at least try to make it a 50-50 game at the faceoff X. If they aren’t able to do what nobody has done so far, expect this game to be over quickly.

Matt Rambo & Zed Williams have lit up almost every game they have played, finishing pool play as the 1 and 2 scorers in the league, respectively. Will Jarrod Neumann get the nod for Rambo, and how will they stack up against the overpowered Whipsnakes offense?