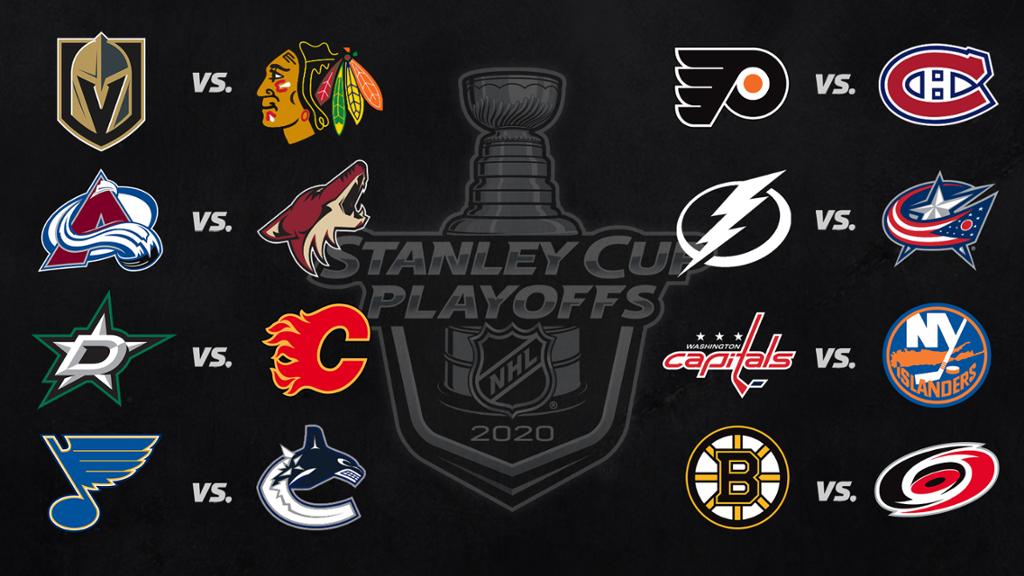 The field has officially shrunk from 24 teams to 16, it’s officially playoff time folks! The qualifying series’ were awesome. Hockey fans’ biggest question going into the postseason was answered, the intensity level was close, if not equal, to what playoff hockey usually feels like in a normal season. Only 8 teams will continue fighting for the cup, but which teams will that be?

The Stanley Cup champs of 2015, the Chicago Blackhawks, looked close to that in the qualifying round against the series favorite, Edmonton Oilers. The Hawks have a great core of young players like Kirby Dach, Dominik Kubalik, Alex Debrincat, Alex Nylander and Dylan Strome who are major pieces in this Hawks team, but the veteran presence is what could potentially lead to an upset over the Knights in this series. Kane, Toews, Saad, Keith and Crawford will be the players that will have to push this team to compete against the Knights.

BUT, it won’t happen…Having cup champions is great but the issue for the Hawks is the team they are playing had major playoff experience throughout the lineup. This years Knights team is filled with the same players who made it to the Stanley Cup Finals in the franchises’ inaugural season. Another huge factor in this series is going to be goaltending. The Knights have the upper-hand with Fleury and Lehner, over Crawford and Malcolm Subban. The sky’s the limit for this team and the Chicago Blackhawks are not getting in the way of that.

The Desert Dogs of Arizona come into this series after beating the Nashville Predators, a team I thought we would see go deep into the playoffs. Now they face a high-flying and VERY skilled Avalanche team. The seeding numbers of this matchup would suggest the Avs will blow right through the Yotes, but I don’t see that happening…

Yotes’ goalie, Darcy Kuemper, was lights out against the Preds in the qualifying series. If he plays close to the way he did that round the Avs could find themselves in some trouble. At the end of the day though, it’s hard to beat against a team that has Mackinnon, Landeskog, Rantanen and Makar. They are just too good to not beat the Yotes. This one’s going 7.

Oooooh man, this is going to be a good one. The Flames come into this series after beating a hobbled Winnipeg Jets team. Not to take any credit away from the Flames but I think the series would have been a lot different if the Jets were all full strength. Not only are the Flames top players going to have to have a great series, but the biggest question mark and X-factor is Cam Talbot between the pipes. If Talbot can hold his own in this series, then we have a series, but if not, this can turn into an early exit for the Flames.

On the other side, the Dallas Stars are loaded with players hungry for a Stanley Cup and they very well are in the mix to do it. One of the major categories the Stars get a nod in is the goaltending. Ben Bishop, when healthy, is a beast, flat-out. Veteran players, such as Benn, Seguin, Perry, Radulov and Pavelski, along with having Ben Bishop in net, makes me think the Stars will win this series.

The defending Stanley Cup champions, St. Louis Blues, come into this series after going winless in round-robin play. But, does that really matter? Just like the Boston Bruins, the team they faced in the finals last season, they will easily be able to turn their play on. It’s hard to bet against a team that is loaded from top to bottom but I might just do it…

The Canucks are a young, exciting and upcoming team, but are they ready to compete with the big dogs yet? I think so. When you have a team made up of J.T. Miller, Pettersson, Boeser, Horvat and Hughes it’s hard not to like this team. I see an upset potentially brewing…

You almost have to feel bad for the Canadiens and their fanbase; this team has no business being in the playoffs and should have been praying to the hockey gods for the 1st overall pick, but here they are. The Flyers are the much better team than the Habs and everyone knows it. The Canadiens will not win this series but if they want to win a game or two they need Carey Price to stand on his head, which is not out of the realm of possibility…

The revenge series? After being swept in the first round last season by the Columbus Blue Jackets, it’s time for the Bolts to claim their revenge. But, it’s not going to be easy. The Lightning come into this series banged up. Both, Victor Hedman and Steven Stamkos are both questionable to play, and not having one, especially Hedman, would put them out a great disadvantage right from the jump.

The good news for the Lightning is they still have really good players behind Stamkos on the offensive end and Hedman in the defensive. For the Lighting, they are going to need Kucherov, Point, Sergachev, Johnson, McDonough and Vasilevsky to step up in a big way.

On the Columbus side, if Torts’ boys can play solid defensively, get timely goaltending and score when they have an opportunity they can send the Lightning back to Tampa Bay early. I don’t think that’s going to happen though this year…

The storylines going into this series are endless. Barry Trotz going against his former team, division rivals and the “Devon Toews celebration,” where Toews mocked Kuznetsov’s “Bird Walk” celebration. This is going to be a great series.

The Islanders coming into it after dominating the Florida Panthers. The Isles played their ideal style of play; play great defensively and score when given the perfect opportunity. They also had great goaltending from their netminder, Semyon Varlamov. If the Islanders are going to win this series the same things that they did well in the qualifying series must happen. Also, players like Barzal, Eberle and Lee must step up to match the Capitals lethal offense. At the end of the day, you have to score more goals than the other team to win.

We all know what the Capitals are all about. The usuals, Ovechkin, Kuznetsov, Oshie, Backstrom, Wilson and Carlsson will all be great. The question mark for me is Brayden Holtby. He must play at a high level for the Caps to win this series. It’s going to be a close one…

A rematch from last years Eastern Conference Finals, in which the Bruins swept the Canes. The two teams come into this series trending in opposite directions; the Canes are coming off a 3-0 sweep against the New York Rangers, and the Bruins are coming out the round-robin winless. While this is true, I don’t consider a real negative for the Bruins. There is a HUGE difference between “exhibition” round-robin games compared to the playoffs. We are talking about the Bruins here, they will step up their play.

I’m not a liar, so here I go I’m going to say…I think this series is a true toss up. Both are built for a deep run in the playoffs. I’m going with the team that is running out of time with it’s core unit…