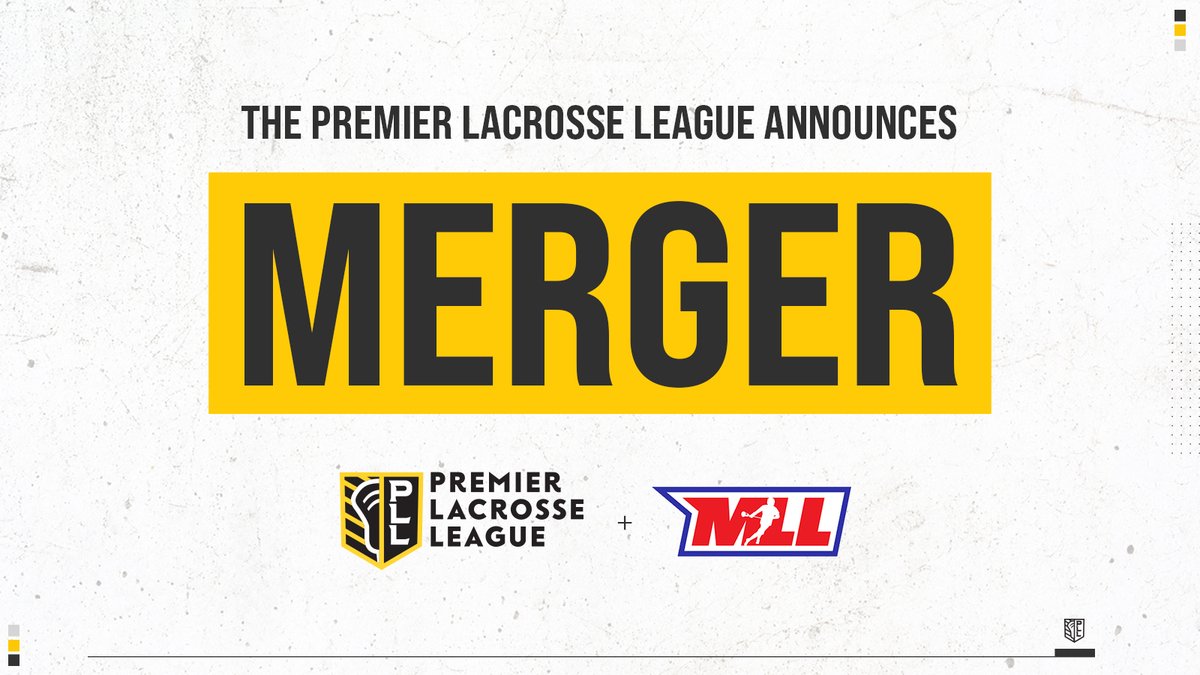 The leagues also announced that the PLL will be adding the MLL’s Boston Cannons as their 8th team, renaming them to the Cannons Lacrosse Club. The Cannons roster will be redrafted through an official Expansion Draft in 2021, with details coming soon about the draft as well as further moves to complete the transition.

This is fantastic news not only to lacrosse fans but to the game of lacrosse as a whole. Since its inaugural season in 2019, the Premier Lacrosse League has been continuously making leaps towards higher viewership and quality of play. With altered rules to better equip the game for television, as well as a higher talent pool than that of the MLL, the PLL has been taking the lacrosse world by storm and shows no signs of slowing down.

It will surely be interesting to see how the two leagues merge, as the professional lacrosse landscape shrinks from 13 pro teams to just 8. While this is unfortunate news to many in the MLL who already struggled to make a roster, it will only add to the already extremely talented player pool of the PLL. Now, all of the professional lacrosse players throughout the game will be narrowed down to just 8 teams, or about 200 players under the same umbrella, undoubtedly a great thing for the sport.

Just as we saw when the PLL started out, a higher talent pool only means the top players in the world will have to work that much harder to keep their spots on their respective teams, leading to yet another boost to on-field talent and television product.

Perhaps the most exciting element of this is the arrival of Lyle Thompson to the PLL. While Thompson has dominated the professional landscape at both the National Lacrosse League and Major Lacrosse League, how will he fair against stiffer competition in the Premier Lacrosse League. Assuming he will be acquired by the Cannons Lacrosse Club, who will his new teammates be? For now, we can only await more announcements from the PLL, imagining the prospects of what the game will look like in 2021.

What a day for the future of lacrosse.