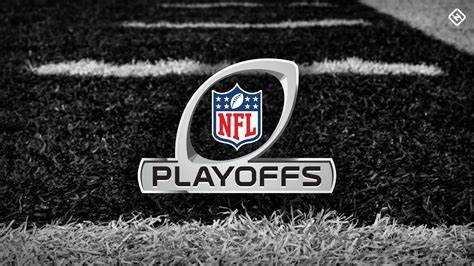 As shocking as it may seem, we are now at Week 15 of the 2020 NFL Season. Despite a few heated division battles, the smoke is beginning to clear for a few of the top spots atop the NFC. Below, we look at how the NFC shakes up heading into the playoffs.

The Packers’ Week 3 win over the New Orleans Saints has become one of the most important wins of the season for Aaron Rodgers & co., as both teams sit at 10-3. With the Panthers, Titans, and rival Bears awaiting them to close out the regular season, the Packers will be looking to put a stranglehold on home-field advantage throughout the playoffs, and it currently looks like the road to the Super Bowl will once again run through Lambeau Field. Can anybody stop the Rodgers-Davante Adams connection?

The aforementioned loss to the Packers early in the season looms heavy for a team coming off a loss to the Eagles. To add on to the pressure, on Sunday they host Patrick Mahomes and the 12-1 Chiefs on Sunday afternoon, becoming a must win for a team that would really benefit from the number one seed in the playoffs. In prior years, the 2 seed in the playoffs wouldn’t be a backbreaker, but with the NFL’s new 7 team playoff format, they no longer get a bye during Wild Card Weekend, and will likely play host to the Cardinals, Vikings, or Bears in place of a bye. The timely return of Drew Brees will be vital to this team’s success in the playoffs.

For the second year in a row, the NFC West will be decided in the final two weeks of the season, as the Rams will have to travel to Seattle in Week 16 for what looks to be a crucial game in deciding what the playoffs will look like. While Sean McVay’s squad can’t overlook the 0-13 New York Jets heading into a matchup, it will likely require a win-out scenario for the Rams to maintain the lead in one of the toughest divisions in football.

While Washington has certainly kicked their season into gear in the second half of the season, buoyed by a relentless defense led by rookie Chase Young, they are still not a lock for the playoffs, as the Giants remain on their heels. With the Seahawks coming to town also needing a win, followed by the Panthers and then a trip to Philadelphia, it won’t be easy. However, the Football Team certainly is playing the best football of any team in their division, and will likely host either the Seahawks once again or the LA Rams in Wild Card Weekend.

Russell Wilson and the Seahawks, as they were in 2019, sit one division win away from reclaiming the NFC West crown. But first, they have to go through a suddenly hot Washington Football Team, and close the season up with another Week 17 showdown against the 49ers. If the defense can hold teams like they did last Sunday (against the Jets, I know), this team is a confident group poised for a deep playoff run.

Tom Brady and his guys escaped a much closer game than the scoreboard suggests, as they were dominated in the trenches by the Vikings for much of the contest. Nevertheless, the Bucs currently sit at 8-5, with two of their next three games against the Atlanta Falcons, and the third against the Detroit Lions. 11-5 is absolutely on the table for Tampa Bay, and if either the Rams or Seahawks happen to slip in the coming weeks, I’m sure they would be happy to travel to an NFC East opponent instead.

The Cardinals got off to a hot start in 2020, followed by a steep drop off following their Week 8 bye, as their win against the Giants puts them at 2-4 since the break, with one of their wins coming from a miraculous Hail Mary to DeAndre Hopkins. The Cardinals seem able to hold off the Minnesota Vikings and Chicago Bears, provided they go at least 2-1 against the Eagles, 49ers, and Rams, respectively. The unfortunate part? A playoff berth would likely send Kyler Murray and his team to either New Orleans or Green Bay, neither of which anybody likes to play.

The Vikes went to Tampa Bay desperately needing a win to bump them up to the 6 seed in the playoffs, but a few unlucky plays and special teams woes (See: Dan Bailey) sent them needing some help to make it to the playoffs for the third time in the last four years. However, with the Bears, Saints, and Lions to close out the season, Dalvin Cook will likely have to finish an already incredible season strong in order to lead a win-out situation if they want a shot at reaching the postseason.

After placing a beating on the Houston Texans in Week 14, the Bears are another team needing some help to limp into the playoffs after starting the season 5-1. With the Vikings, Jaguars, and a Week 17 matchup against the Packers, the Bears are in a similar situation as Minnesota, likely needing to finish 3-0 with some help to make it to the playoffs for the second time in three years under head coach Matt Nagy.