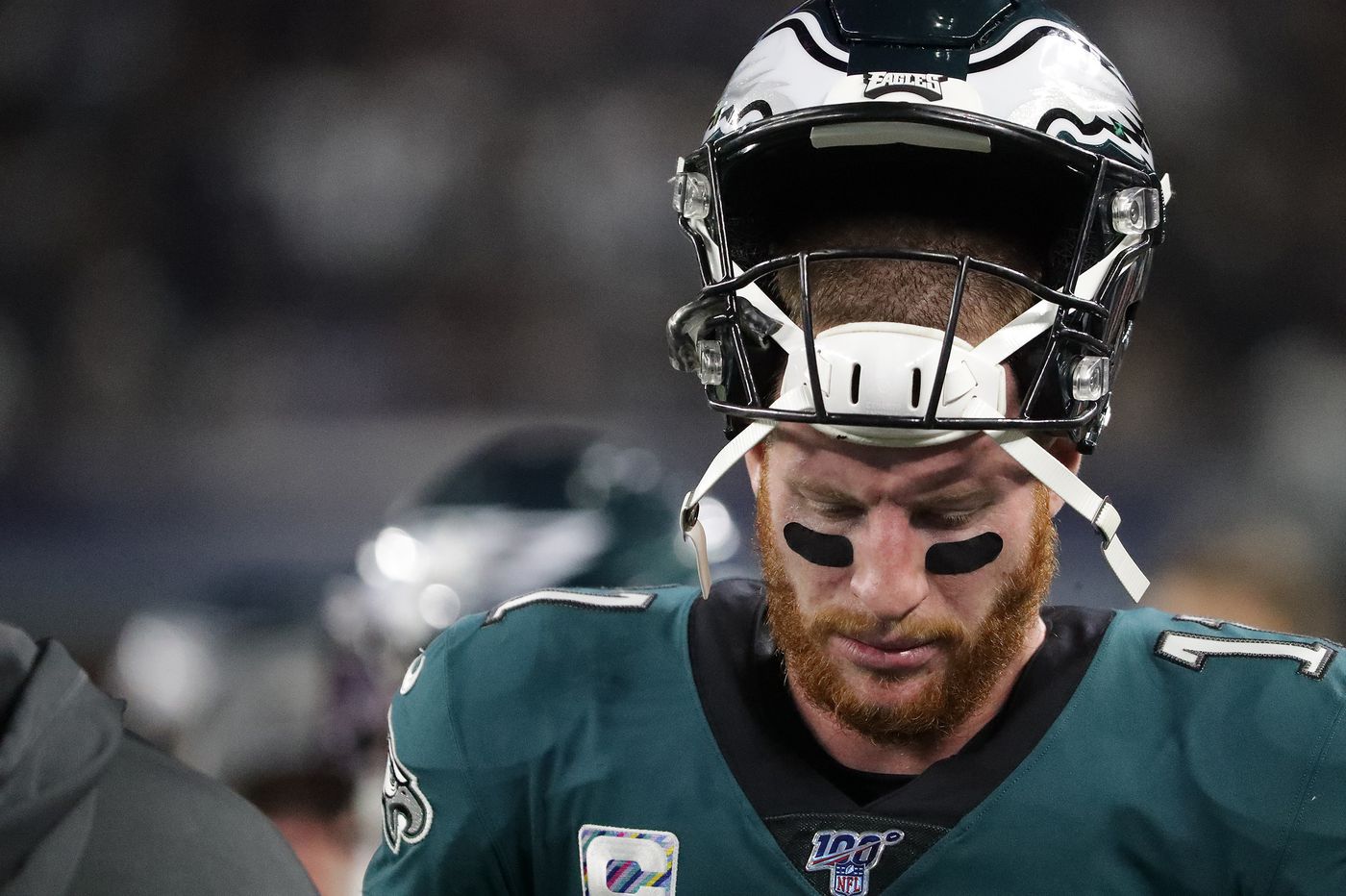 Picture this: When Carson Wentz went to have his throwing hand X-Rayed in the second half of the Eagles 17-9 debacle on Sunday, Josh McCown was preparing in case he had to take over the next series. A little over three months ago, one of these quarterbacks was fresh off a $130-million extension and the other was content being a high school offensive coordinator for his son. The kicker? Career Journeyman Josh McCown could not have – and most likely would not have – done much worse than Wentz performed against the Seahawks. That’s a problem when the organization views Wentz as an elite-level talent at the games most important position.

Take out the desperation no-huddle scoring drive and Wentz’s numbers were… rough. He was 25 of 37 for 176 yards and 2 interceptions along with 2 fumbles lost. Four turnovers by your supposed star quarterback is disastrous, no matter what you slice it. But at home when every game is a must-win? Yikes.

Bad passes and bad drives can be forgotten, sure. Heck, even a bad game every once in awhile can be forgiven. But a trend is emerging with Carson Wentz in Philadelphia and a quarterback problem with $130-million tied to him would be catastrophic in today’s NFL.

Fine, this can’t be an Eagles article without mentioning all of the injuries and roster construction from Sunday’s game: Alshon Jeffery, DeSean Jackson, Nelson Agholor, Jordan Howard, Lane Johnson – all inactive. Darren Sproles and Corey Clement on IR . Brandon Brooks exited the game in the first quarter, Johnson’s replacement Andre Dillard was benched at halftime. Two of the Eagles four wide receivers – Greg Ward and Jordan Matthews – weren’t even on the roster the last time this team won a game. These aren’t stated to be excuses, but they must also be mentioned when discussing Carson Wentz.

However, Wentz touches the ball on every single snap and to be a true difference maker in the NFL, you have to work with what you are given. Yes, the players around him did not play great, but neither did he. He made far too many errant throws and missed seeing too many open receivers. He continued his alarming trend of turning the ball over, at costly times too. Since 2016, Wentz has fumbled the ball 40 times (17 lost) – good enough for third most in the league since that time. His past 6 performances? Nine turnovers to just seven touchdowns.

Right now, Wentz’s QBR sits at 89.6, falling from the previous two seasons when he was over 100 in both seasons. The next five quarterbacks after Wentz in QBR are as follows: Daniel Jones, Sam Darnold, Josh Allen, Phillip Rivers and Kyle Allen. That’s not exactly where a fourth year player with his pedigree should be and is a far cry from the company he has been around before.

Wentz at current stance is becoming a liability. And while a quarterback change is not being advocated for – Josh McCown is a fine back-up sure, but there’s no Nick Foles walking through that locker room door – Wentz needs to figure it out, and fast. The Eagles playoff chances aren’t dead just yet as they have four games remaining against teams with two wins or less and a date with the Cowboys in what will be a division championship battle if they both win out.

This stretch will be critical for the Eagles to answer if Wentz is the solution for this team, or if he is the beginning of a $130-million problem.