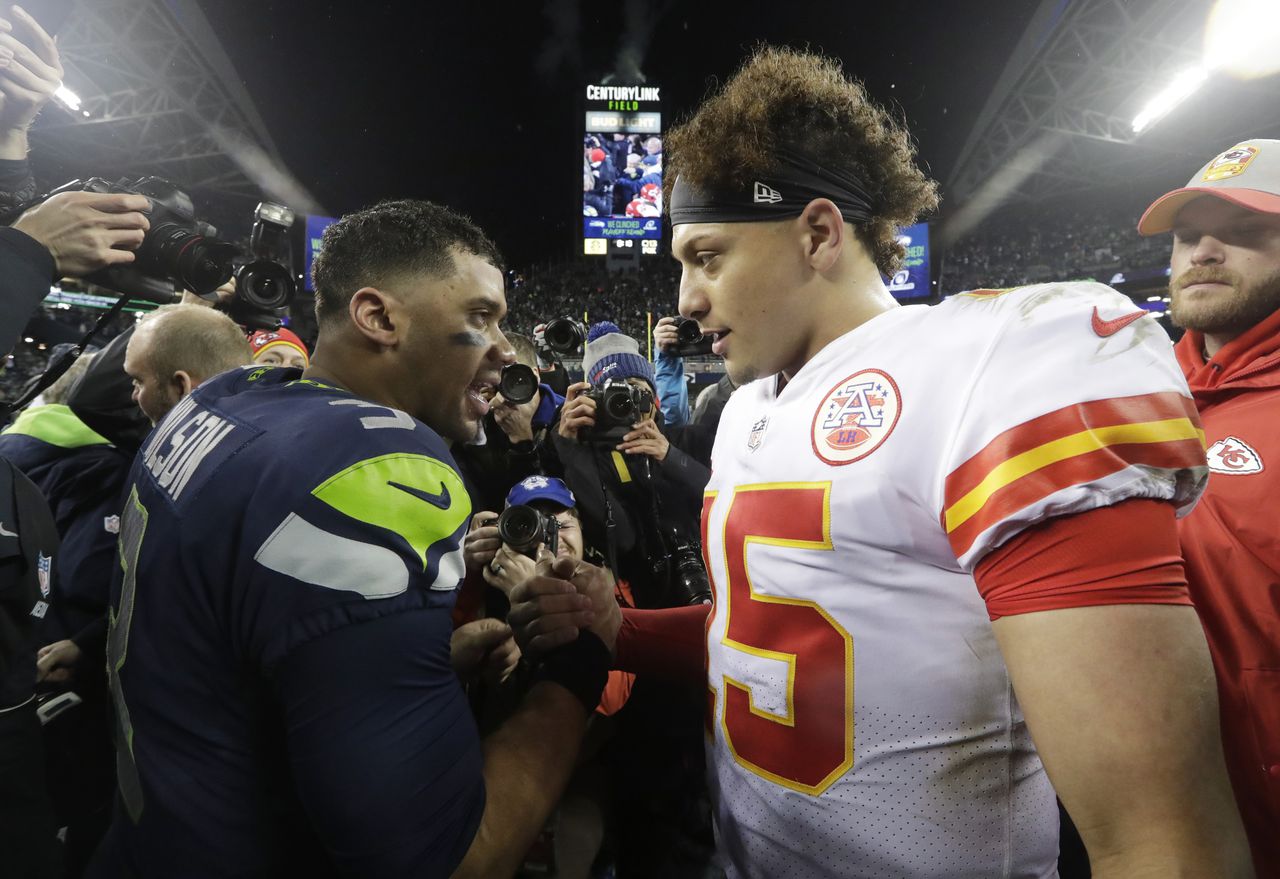 By the end of Week 10 of the 2019 NFL Season, Lamar Jackson had all but secured himself as the soon-to-be MVP of the regular season, tearing apart opposing defenses week after week. Likewise for Patrick Mahomes in 2018, as he was well on his way for his 50 touchdown season. However, in a year where everything is far from normal, the MVP race adds to the uniqueness of the season, without a clear “frontrunner” for the award. Below, we look over predictions for each end of season award.

The reigning Super Bowl MVP appears to be the front runner for his second award in three seasons. Through nine games, Mahomes ranks 5th in the league in passing yards and 3rd in passing touchdowns. However, the most absurd stat from Mahomes is his one interception. If he keeps up this level of efficiency, expect the 25-year-old to bring in even more hardware this season. Saints RB, Alvin Kamara, is another candidate, as his incredible efforts to power the Saints offense gives him a shot to be the first running back since Adrian Peterson in 2012 to take home the award. Quarterbacks Russell Wilson and Aaron Rodgers have also been phenomenal in their own right, throwing 28 and 26 touchdowns, respectively. Look for one of these four to pull away in the coming months, especially as playoff races in both conferences heat up.

The former number one overall pick was a frontrunner for this award before missing the last 6 games due to suspension and finds himself back at the top in 2020. Currently leading the league in sacks with 9.5, Garrett leads a Browns defense that has an improved pass rush and a top 10 rushing defense. His production certainly isn’t a surprise, as he has already racked up 40 sacks in 3.5 years, including a six-game suspension in 2019. While Garrett seems to be at the lead of this race, never count out Aaron Donald, who remains the most impactful defensive player in the NFL. While facing triple teams on a game by game basis, he still sits only half a sack behind Garrett for the league lead. Also knocking on the door is TJ Watt, who looks to be in this conversation for years to come.

The 5th receiver taken in the 2020 NFL Draft has already proven himself to be a solid playmaker, ranking 6th in the league in receiving yards, even after totaling five total receptions in the first two weeks of the season. The Vikings have found their replacement for Stefon Diggs in a much younger, cheaper Jefferson. However, there are also three rookie starting quarterbacks, and football fans know that the NFL is a passing league. With Joe Burrow’s hot start, Justin Herbert’s talent and poise, and Tua Tagovailoa’s 3-0 record, this is yet another tight race.

The Minnesota product had his doubters when he left after his junior year of college, but his doubters are now few and far between, as he has become quite the playmaker for one of the league’s best defenses. Another Big 10 rookie also has his sights set on this award, as Chase Young has been another key contributor to a vastly improved defense in Washington.

This is an award I have never been a fan of, with the league’s “best offensive player” generally winning the MVP. However, this has turned into more of a running back award, and the most effective running back has been Alvin Kamara, as he has carried the Saints offense, leading them in rushing and receiving and scoring 11 touchdowns in the process. Dalvin Cook has also been impressive, racking up a league leading 945 rushing yards and 12 touchdowns. With back to back 200+ yard performances in weeks 8 and 9, he has fueled the Vikings to three straight wins. If both backs can stay healthy and keep up their production, expect yet another close decision for this award. The looming question: Can Kamara’s production remain consistent with Jameis Winston at QB?

Ben Roethlisberger is having a great year after missing all of 2019, but this isn’t even a debate for this one. After the injury that Alex Smith faced, almost losing his leg at one point, seeing him on the field is a heartwarming scene to NFL fans everywhere. Smith needs to take home this award. While we’re at it, name the damn thing after him.