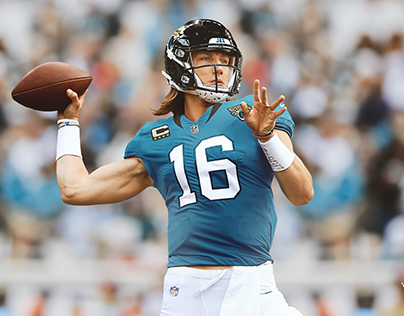 As the year 2020 and the 2020 NFL Regular Season comes to a close, several loyal fan bases go into Week 17 without playoff hopes, while some are still holding on. For each of those teams eliminated from playoff contention, here is a New Year’s Resolution to help them not end up in this same scenario a year from now, beginning in the AFC.

Clemson QB, Trevor Lawrence, is the clear number one overall draft pick, especially for a Jaguars organization in desperate need for a quarterback. Their run game is solid behind rookie running back James Robinson, and a playmaker like Lawrence could really benefit that offense. On top of building around Robinson and Lawrence, moving on from Doug Marrone is an important move towards a new-look Jacksonville team.

Resolution: Move on from Darnold and Gase

It seems like a disappointment that the Jets no longer have the number one pick, after winning their last two games. However, their plans shouldn’t be much different, but the name on the card is certainly different come draft day. Drafting a QB like Justin Fields or Zach Wilson and trading Darnold seems like the right move, hopefully giving a new head coach a shiny new offense to work with. That begins, of course, with firing head coach Adam Gase.

When the Texans inexplicably traded away DeAndre Hopkins to the Cardinals, the direction of the franchise was unclear, especially coming off of a strong campaign in which Hopkins and QB Deshaun Watson showed extreme improvement. To add insult to injury, the first round draft pick that looks to be for 3 overall was sent to the Dolphins last offseason as well. Ah, the legacy of Bill O’Brien. Regardless, it remains vitally important for Houston to add pieces around Deshaun Watson to protect him up front and fit his style of play.

As long as QB Joe Burrow can come back at 100% off of his torn ACL, the Bengals are in a good place to continue their rebuild. Step 1 of this process is adding to that offensive line, protecting the most important position in football. After this, adding to their defense is another important step.

Throughout the 2020 season, it became clear that Drew Lock was not the answer at QB for the Broncos. With Melvin Gordon at running back and weapons at wide receiver, the missing piece is an efficient quarterback. Maybe a playmaker like Fields or Wilson will fall to the Broncos, in which case they would have to jump on the opportunity.

Resolution: Move on from Anthony Lynn

Despite yet another talented roster, the Chargers could not win close games in 2020, a continuous problem throughout head coach Anthony Lynn’s tenure. Lynn has been given ample time and talent for the Chargers to move on. Any coach would be more than happy to take the reigns of this roster, led by rookie Justin Herbert.

Resolution: Find a quarterback for the future

The Cam Newton experiment in New England didn’t pan out as expected, leading to missing the playoffs for the first time since 2008. In order to return to the glory in the Bill Belicheck era, New England must find a quarterback that can produce without turning the football over. Rumors of a Jimmy Garrappolo trade incoming?

Resolution: Finish how you start

After starting 6-4 and going toe to toe with the Chiefs after beating them once already, the Raiders looked like an easy bet for the postseason. 5 games later, Jon Gruden’s unit find themselves at 7-8, out of playoff contention going into the final week. People forget that in 2019, the Raiders also began 6-4, only to miss the playoffs. They must find more consistency heading into 2021 from the beginning to the end of the season.