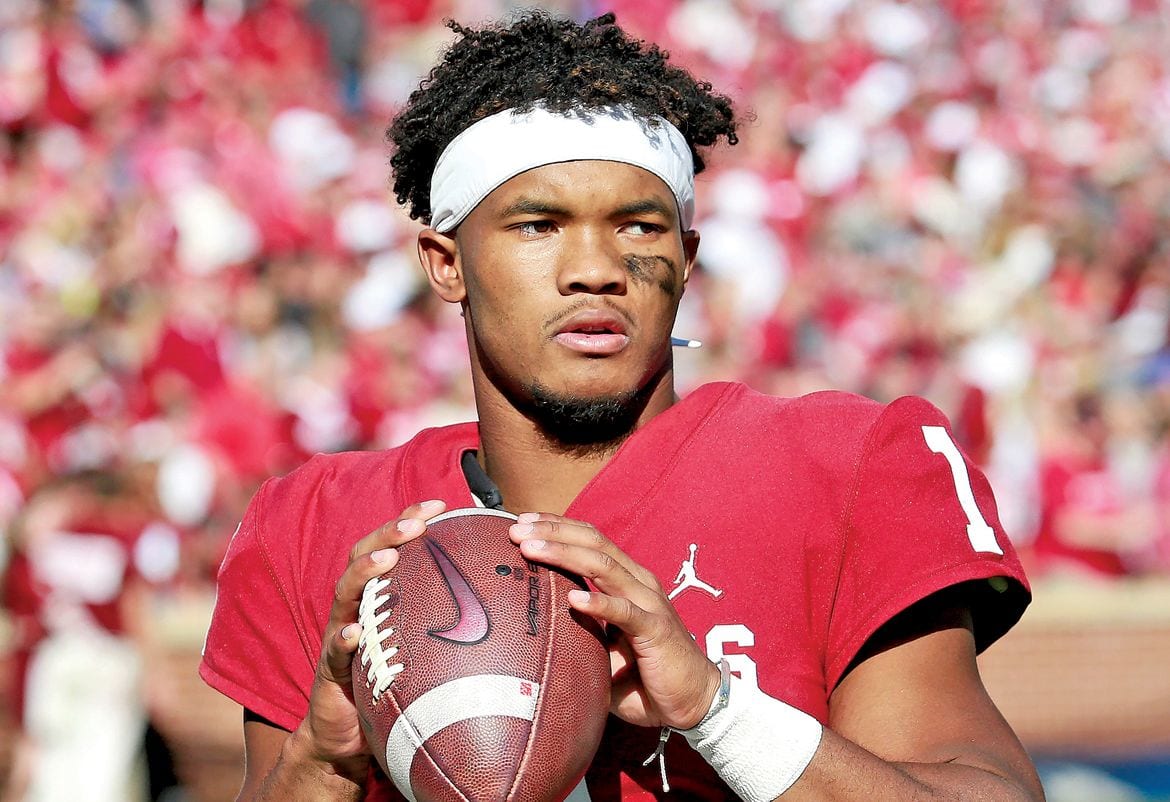 The measurements are in for Kyler Murray, and they are looking pretty good for the heisman winner.  Kyler measured in at 5’10’’, weighing 207 pounds with 9 ½ inch hands. This gets Kyler compared to a Russell Wilson body-type, and I would say that has worked pretty well for the Seahawks.  Many had been speculating that Murray would measure in under 5’10’’ and weigh less than 200, so this is an absolute win for him. Realistically, I don’t think this will have as much of an impact on his draft stock as people think, although it definitely helps.  I think there are teams that have already fallen in love with this kids athletic ability and big arm, so all this does is solidify him as top 10 pick, with potential to go top 5 and maybe even number 1 overall.

The Cardinals had their chance to get away from the Kyler Murray talk, however GM Steve Keim answered “He is, right now” when asked if Josh Rosen was their guy at quarterback. Personally, I would give Rosen another chance because I do not think one year with the team they had last year was enough to see if he is their guy. However, it is hard to pass on a player that you see as a superior option to Rosen. Their love for Murray has not been quiet since the hire of Kliff Kingsbury as head coach, who once said he would take Murray with the first pick if he ever had the chance. Well, Kliff Kingsbury this is your chance.

If the Cardinals want Kyler Murray as their guy, these measurements probably did not mean much to them, but for other teams who may have been unsure about the prospect, this could give them some comfort. There is still a lot to come with this draft process, and many more hurdles for Murray to jump over.  I expect Murray to continue to shoot up draft boards, and the number one overall pick talk may just be getting started.