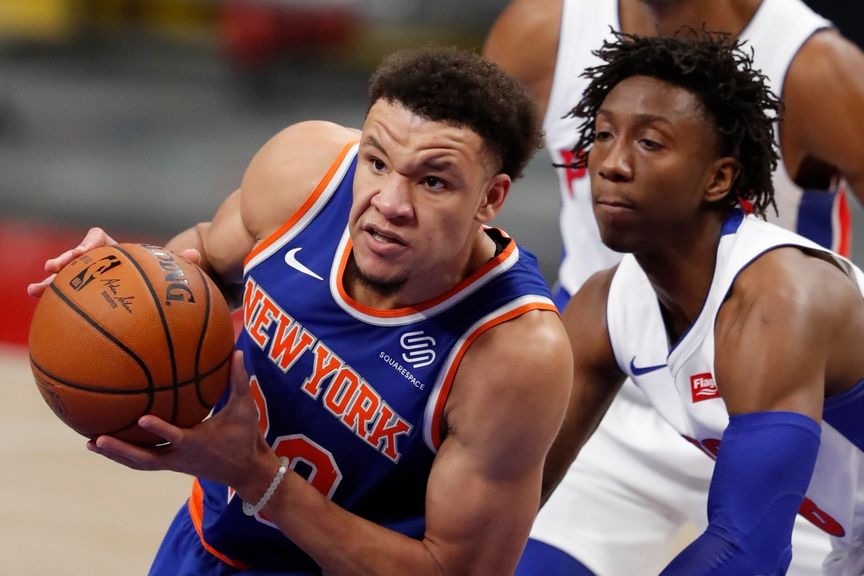 Without the help of Nerlens Noel, Elfrid Payton, Dennis Smith Jr., Alex Burks, and Frank Ntilikina, an unlikely group of Knicks came together to obliterate the Cavs in their final game before the regular season commences on the 23rd.

Theo Pinson, Jared Harper, and Ignas Brazdeikis all made their preseason debuts. Harper outplayed the other two dropping double-digit points in a role as the backup point guard. Later on in the fourth quarter Myles Powell and Bryce Brown checked into the game for some garbage time minutes.

The game ended in a 119-83 score, as the Knicks were carried by the performances of rookie Immanuel Quickley, who dropped 22 points in his first start, and Kevin Knox, who backed up his heroic fourth quarter from Wednesday with a 7/10 20 point performance of his own.

It’s obviously very exciting that the Knicks have finished any season with a winning record, but perspective is important. They only played Detroit and Cleveland, who are arguably just as bad as them. It’s good to take care of business against bad teams, and that’s what the Knicks must continue to do if they want this season to represent any progress.

The three biggest stars of the preseason were Immanuel Quickley, RJ Barrett and Kevin Knox, who each provided multiple promising outings in the preseason. Quickley was a large surprise, as he was the 25th pick in the draft and was overshadowed by lottery pick Obi Toppin going into the season. He went from a DNP in game one, to a starter in game four. Kevin Knox also showed rapid improvement throughout the four game preseason. His increased confidence in his own shot could be a game changer for the team this season. Lastly, RJ Barrett look like a much more polished and comfortable version of his former self thus far. He has been playing with conviction and a decisive energy, which could help him make a large leap in his second season.

The Knicks won’t make the playoffs this season, but there are a lot of team and individual goals they can accomplish in order to make this season a success.