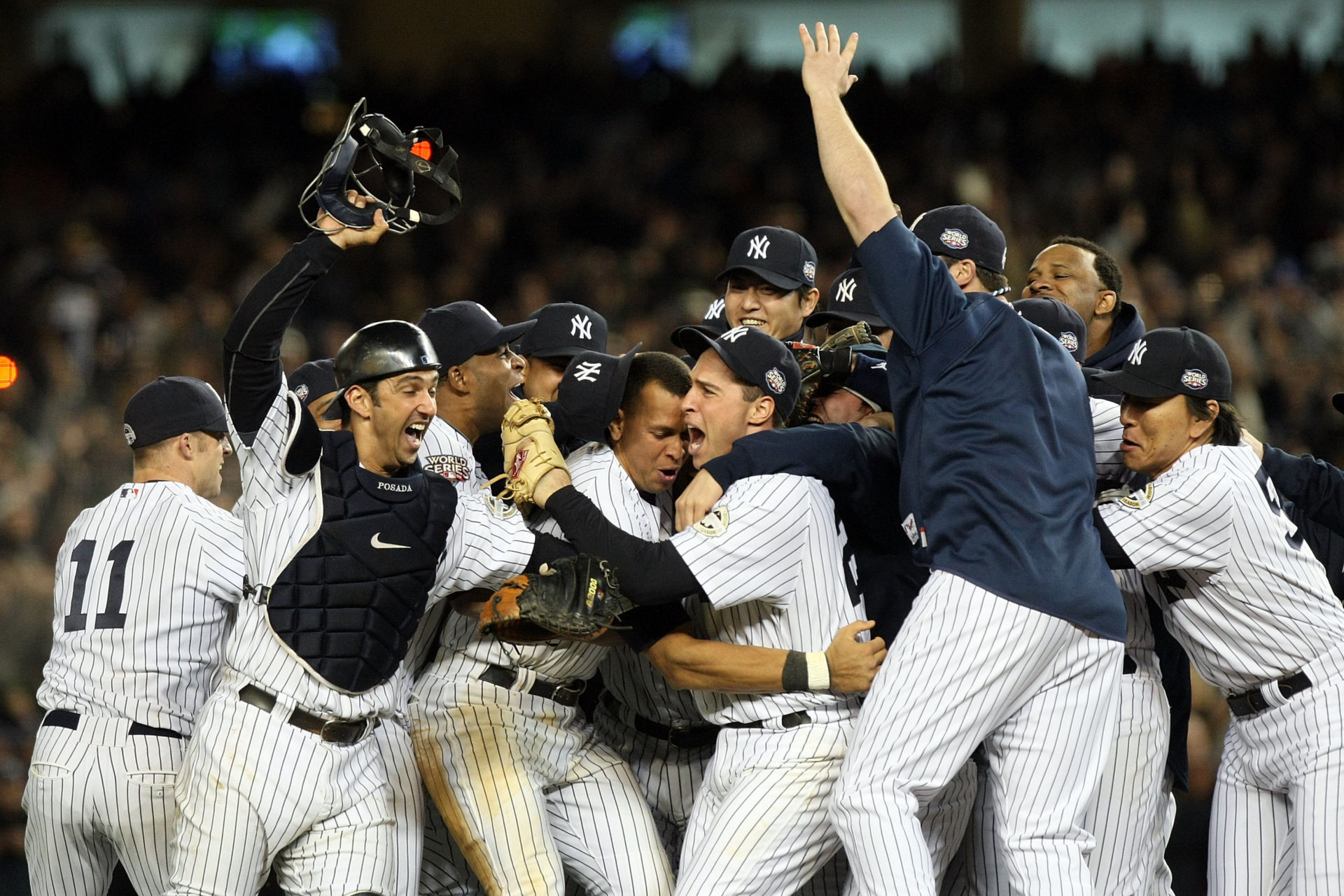 During the last decade, the Yankees failed to reach the pinnacle of the sports world for the first time since the 1980s. It was 11 years ago that the Yankees last held up a trophy in the Bronx. The 2009 Yankees were the first championship team built by the children of renowned owner George Steinbrenner, and they didn’t waste a penny doing so. Here is how the 2009 New York Yankees were built.

The Yankees are known for being good to their players, both financially and otherwise, so it’s no surprise they were able to keep a lot of their superstars for a long period of time leading up to the 2009 season. The Captain, Derek Jeter, was a lifelong Yankee and known winner, as he was a core member of their championship stretch in the 90s. In 2001, the Yankees and Jeter came to terms on a 10-year $189 million contract, which at the time was the second-largest in baseball history. Other long term Yankees by 2009 included Andy Pettitte, Jorge Posada and the “Sandman” Mariano Rivera. Pettitte was pitching on a 1-year deal, Posada was in the second year of a 4-year deal, and Rivera was two years into a contract that made him the highest-paid closer in MLB history.

Rivera’s 4-year $52.4 million contract was hardly the most the Yankees spent in the 2007 offseason, and they had a much bigger fish to catch. His name was Alex Rodriguez. A-Rod had already been with the team since 2004, after being traded from the Rangers, but now he was a free agent and looking to double down on his previous record contract. A-Rod and the Yankees agreed to terms on a 10-year $275 million deal that even had the Yankees paying him in 2019 as part of his retirement plan.

After dazzling in his first few seasons in the States, the Yankees knew they had to lock up Hideki Matsui in 2005, signing him to a 4-year $52 million contract that had him playing with free agency on his mind in 2009. In December of 2005, the Yanks decided to swipe Johnny Damon from the Red Sox for an additional four years and $52 million.

This core of Yankee prestige had been together for quite some time without championship success. The Yankees had lost the World Series in 2001 and 2003, and had a few tough playoff losses along the way as well. By the time 2009 had come around, all of these players were 33 or older.

From the offensive side, the Yankees had a few homegrown players that were key contributors to the team’s success in 2009. Two young outfielders quickly made a strong impression on the team and the fanbase that season. Melky Cabrera had been a Yankee his entire career going back to 2006, and in 2009, the 24-year old had a starting spot, and didn’t disappoint. The ladder of the two outfielders was rookie Brett Gardner, who’s speed and defense helped the Yanks win several games.

The best known Baby Bomber at the time was 2nd Baseman Robinson Cano, who played 161 games posting a .320 ba with 25 home runs, a career high. In 2009, Cano and Jeter were the first middle infield duo in MLB history to both put up 200 hits in the same season. Although Cano didn’t reach the Majors until 2005, the Yankees had the foresight to sign him as a teenager out of high school in 2001.

The young talent wasn’t limited to the bats. The Yankees had a solid core of young arms who came up huge during the 2009 campaign. Phil Hughes, Joba Chamberlain, Phil Coke, and David Robertson all had significant positive impacts on the teams success in 2009 all under the age of 27. All four of them were previously drafted by the Yankees.

Before embarking on their magical championship run in 2009, the Yankees front office knew they were still a few steps away from having the perfect roster. The Steinbrenner children wanted to give Yankees fans a winning team as they moved across the street into their new stadium, and they were willing to pay the price to do so.

They ended up letting Jason Giambi walk in free agency, and future Hall of Famer Mike Mussina hung up his cleats after the 2008 season, so the Yankees had some holes to fill. Their first big move came on November 13th 2008, when they traded a package including Wilson Benemit to the White Sox for Nick Swisher. Swisher played 150 games and tallied 29 home runs in 2009. The acquisition of Swish initially looked like the Yankees plan to fill the hole Giambi had left at first base, but a bigger star would later fill that role.

Before finalizing the star-studded infield, the Yanks looked to strengthen the starting rotation. On December 12th, they agreed to terms with AJ Burnett, and just eight days later, they got the biggest fish in the sea. CC Sabathia was coming to the Bronx for a record 7-year $161 million contract, which was the largest contract ever given to a starting pitcher. Sabathia was a known winner and work horse, who already had loads of playoff and big-game experience under his belt. The rotation was set.

The Yankees final move of the offseason was their biggest. They got their first baseman of the future in Mark Teixeira. It cost them $180 million for eight years, but his impact in 2009 was worth the cost to many. Tex hit 39 big flies while driving in 122 RBIs as well.

After their huge offseason, which also included bringing back Andy Pettitte and drafting Ivan Nova in the Rule 5 draft, the Yankees were ready to welcome fans into their new stadium with a polished winning product.

Oddly enough, the Yankees roster remained generally intact throughout the entire season. They made a late June trade where they received Eric Hinske from the Pirates, but Hinske’s impact would be generally small. One small note is that 2009 was the year the Yankees signed Gary Sanchez at the age of 17.

The generalization that the Yankees buy all of their players might be true. When looking at the 2009 roster, it’s hard to look past the absurd amounts of money being paid to players, but there is also a lot of scouting and strategy that came with their decisions. Much of the Yankees core in 2009 was drafted by the team, then resigned later on. They also have many players that they signed internationally, years before they would reach their full potential. Mostly, this team was built on culture and relationships. They had a mix of star power, veteran leadership, and whatever you would call Nick Swisher. The 2009 Yankees had a total of 17 walk-off wins, seven players hit over 20 home runs, and had three of their starters pitch over 194 innings. Overall, this team was built to win, and they did.