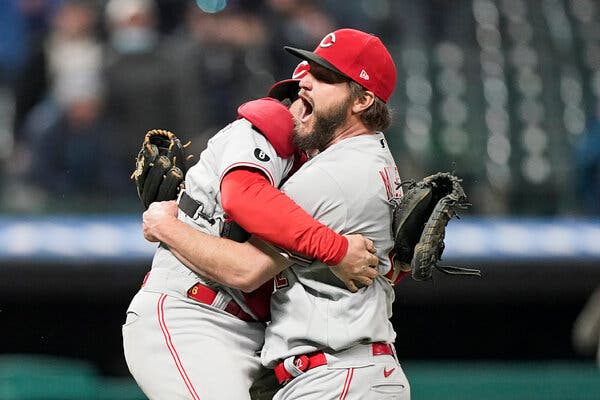 Yesterday, on a night in which the Texas Rangers were giving out Corey Kluber bobbleheads to honor their former ace, Kluber threw a no-hitter, now as a member of the New York Yankees. Seeing as it is only May 20th and we have already seen 6 no-hitters across baseball, many are saying that the accomplishment has lost its luster. When trying to answer why there have been so many no-hitters this year, fans of the game are pointing to the modern-day approach to hitting where batters exclusively swing for the fences, while others suggest that the newly-deadened baseball being used in the MLB this year is a key contributor to the abundance of no-hitters. Both factors are likely playing a role in the 2021 no-hitter pandemic, but I unfortunately have to agree that no-hitters feel a little less special when we are seeing one seemingly every few days, and Clayton Kershaw seems think so too.

Maybe Kershaw is just a bit salty that he hasn’t thrown a no-hitter this year, but all jokes aside, players are clearly taking notice of all of the no-hitters being thrown and they seem to be worried. Interestingly enough, the 6 no-hitters this year have all come against the Cleveland Indians, Seattle Mariners, and Texas Rangers, and some suggest that those teams should be taking most of the blame for the increase in no-no’s rather than the sport as a whole, but I disagree. The combined records of those three teams is 63-67, which is not that bad, so I think it would be letting baseball off a little too easy to say all of the no-hitters are a result of those teams being lousy. To look into those specific three teams even more, while the Mariners and Indians account for two of the three worst team batting averages in the league, the Rangers are 17th in the league in batting average. Therefore, I think it is off base to say that those teams are simply so bad that they are the sole problem here.

Additionally, the record for the most no-hitters in a single season is seven, and we have already had six this year. You could potentially even argue that we have already had seven no-hitters in 2021 if you count Madison Bumgarner’s 7-inning no-hitter that came in a seven-inning game because it was part of a double header. I personally do not count Bumgarner’s no-hitter because a seven-inning no-hitter is obviously not equivalent to a nine-inning no-hitter, but his fantastic performance that day only further proves that there is a problem in baseball. The following tweet counts MadBum’s no-hitter, but whether you count it or not, this graph is not a good sign for baseball:

I could go on and on about how it feels like analytics are ruining baseball with the vast use of shifts and the new “home-run-or-nothing” approach at the plate from hitters, but I’ll keep it brief and simply say that baseball seems to be going in the wrong direction. During a time in which the league is trying to attract a new generation of fans with more action in games, this trend of less hits and more strikeouts is especially concerning, and I hope the MLB and the players realize this and make adjustments to improve the game.