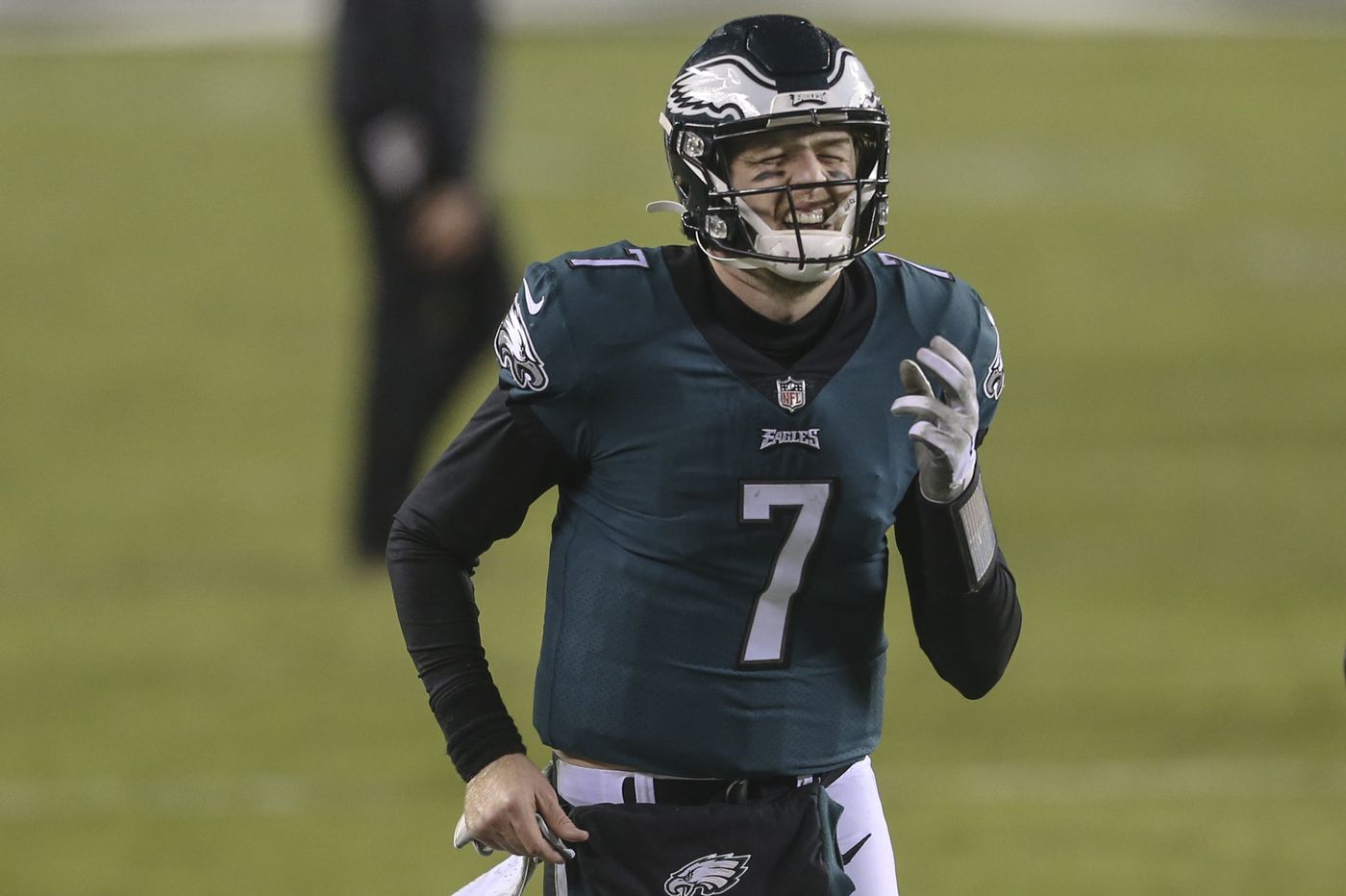 In an NFL season that was all too weird, featuring constant postponements, upsets, and a team playing without a rostered quarterback, last night’s game between the Philadelphia Eagles and Washington Football Team was the icing on top, sending shockwaves throughout the NFL and the country. The result solidified a playoff berth for Washington after a five-year post-season drought, but also punctured the hearts of New York Giants faithful who were hoping to make the playoffs for the first time since 2016. However, the most ludicrous aspect of the game was how Eagles coach Doug Pederson gifted Ron Rivera and The Football Team a golden ticket to the playoffs.

Those who watched the game were surely baffled by Coach Pederson’s decision to insert Eagles 2nd string QB, Nate Sudfeld, into the game with Washington leading by only 3 points with just under 13 minutes remaining in the fourth quarter. Equally confusing, was Coach Pederson’s play calling, which led the Eagles to go for a 4th & Goal from the four-yard-line, towards the end of the third quarter, when they could have kicked a game-tying field goal. Add on T.Y McGill’s apparent neutral-zone infraction on 4th&1, which essentially sealed the game for Washington, and it becomes all too obvious that Doug Pederson never had any intention of winning Sunday night’s game. And if that isn’t compelling enough, imagine a scenario, in which Philadelphia is propelled three spots in the draft––from the 9th overall to 6th overall pick––if they lost to Washington on Sunday night. That was precisely the case.

What’s more embarrassing, is that the Eagles vs. Football Team game was flexed to primetime, meaning the Eagles performance was scrutinized by a nationally televised audience. It’s possible that had the game been televised over local networks Pederson’s outright decision to lose may have gone unnoticed. However, with the entire country watching on Sunday night, there were too many questions left unanswered. Surely, one could make the argument that Pederson put Sudfeld into the game to “evaluate his QB room” for the offseason, but is a Week 17 game with playoff implications on the line, the appropriate time to do that? Would Pederson have benched starting QB Jalen Hurts had the Eagles still been in playoff contention? The answer is an emphatic NO. And surely one could claim that Pederson’s decision to go for it on 4th & Goal is a testament to his aggressive play-calling that won him a Super Bowl only two years ago. But how do you explain videos of a dejected Jalen Hurts in which the starting QB is clearly saying “it ain’t right.”

I’m not sure when Coach Pederson decided to tank the game––maybe it was before kickoff or even at halftime––but Philadelphia’s selfish decision to stop trying had drastic consequences for other teams and obstructed the integrity of the league. It is time for the NFL to take the next step forward, like so many other professional sports leagues have, to prevent tanking. In the NBA, we saw how an imposed lottery system interfered with the worst team in the league obtaining the best player in the draft class. In the NHL, a hybrid lottery system exists. Yet, in the NFL, there is no legitimate system in place to penalize teams for intentionally losing. And that is problematic. Especially in the waning weeks of a season, when playoff football is on the line. If I were Commissioner Roger Goodell, I would not be mincing words with Doug Pederson––or even GM Howie Roseman––explaining how the Eagles decision and performance were a disgrace to the rest of the league.

Worst of all, was a slightly higher pick in the draft worth the fractured locker room culture that will persist through the offseason? How does rookie Jalen Hurts feel, knowing his future team has no integrity or fight? Or how about veterans like Zach Ertz or Jason Kelce, who likely won’t return for Philadelphia next year and went out with a pathetic loss after shedding blood, sweat, and tears into the organization for almost a decade? And, if I’m Carson Wentz, I’m elated to leave Philadelphia at the right time with an opportunity to sign with a contender. This is what Doug Pederson has done to his team in a mere season; he’s torn it apart from the inside-out. Not even Adam Gase could achieve what Doug Pederson did––well, maybe. But kudos to the New York Jets for having more self-respect than the Eagles, to actually stay competitive and win two games (against two playoff teams), even though it cost them an opportunity to take the top prospect in the draft. One thing is for sure: The Eagle’s performance on Sunday night sets a very bad precedent for the league going forward, an issue that needs to be rectified very quickly.