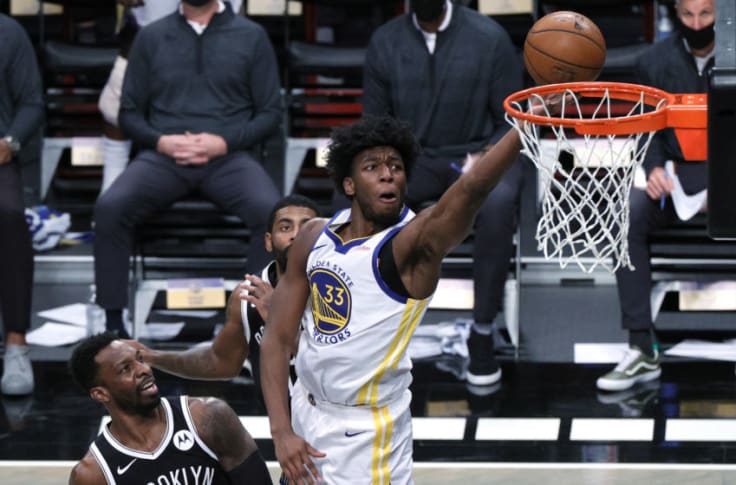 Despite the Warriors’ crushing defeat to the Nets on Opening Night, 125-99, they look to find themselves in luck with their second overall pick James Wiseman. Here are a few takeaways from his impressive debut:

Following a slap out-of-bounds on the opening tip-off and a pass from Andrew Wiggins, Wiseman’s career began with a SLAM. After that, the 7-foot center finished the night as the best shooter in the Warriors’ starting lineup, and almost came away as the team’s leading scorer… by one free throw.

Wiseman was paired up with DeAndre Jordan, and the rookie displayed a solid showing. Despite being outrebounded 8-3, Wiseman allowed only a dunk and a lay-up from the 14-year veteran and recorded one of his three steals off of him. The rookie also added two dunks of his own.

Wiseman hardly contested Kevin Durant but when he did, he allowed only two shots from the former Finals MVP – one of which drew a foul. He also forced a missed three while contesting sharp-shooter Joe Harris.

Wiseman scored 7 of his 19 points in the fourth quarter… in 49 seconds! With just over 4 minutes remaining and the Warriors down 118-84, he scored off of his only three-point attempt, a mid-range jumper, and on an alley-oop pass from Jordan Poole. Two minutes later, he made one more mid-range jump-shot, capping off his impressive showing.

The Warriors next game is against the Bucks on Christmas Day. Get ready to see him put his skills to the test in his enticing matchup against Giannis.