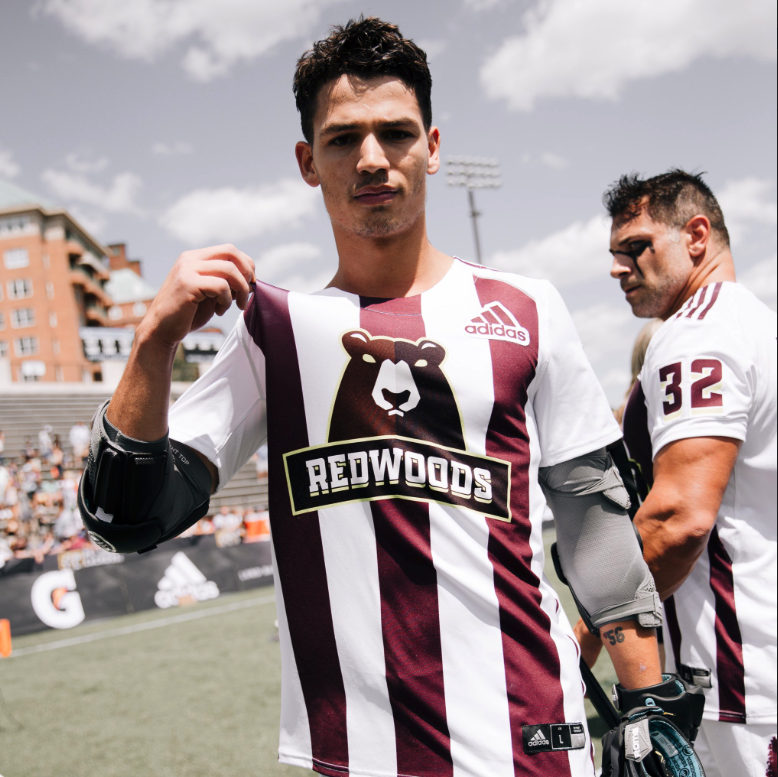 The Redwoods trading for Jules Heningburg was the best trade in Premier Lacrosse League history.

Does it have anything to do with the fact it’s been the only trade in PLL history? Absolutely not. The Redwoods gave up defensemen Alec Tulett, and a 2020 4th round draft pick to get their #1 attack scorer in Heningburg from the Whipsnakes. He was a 2X All-American at Rutgers University, went to Seton Hall Prep, and displays his Jersey toughness every time he touches the field.

The Redwoods impressed the league in week 1 with stout defense from Matt Landis, Garrett Epple, and Eddy Glazener. While LSM’s John Sexton, Larken Kemp, and Brian Karalunas provide help on defense as well as transition and ground balls off the wings.

But, the Redwoods offense seemed not to be clicking the way people suspected them to. It should be noted that Redwood’s attackmen, Joey Sankey is just returning to the sport after TWO knee surgeries and a battle with testicular cancer; so he still might not be ultimately 100%. Besides that, communication by the attackmen seemed to be off for the first three weeks with Sankey and Matt Kavanagh. They struggled to link up on some plays which will happen, for sure, especially when they have never played together; but the defense kept keeping them in ball games.

The defense gave up a goal against average of 10.3 through the first three weeks, yet, still sat at 1-2, which is highly disappointing to see because the defense did their job at limiting 2 of the best offenses in the league (Archers and Chaos) below their goals per game averages.

The Redwoods desperately needed an offensive weapon who could dish it, finish it, and take a beating physically.

When the trade window was announced last Monday, June 17, it opened up the window for when players could be traded up until Jull 22.

Like I said earlier, the Redwoods are stacked on defense and no offense to Alec Tulett; he’s a great player, but the Redwoods didn’t really need him. #46 LSM John Sexton proved that he could move fluidly from LSM to defense as he took over for Landis when he was out with a groin injury; so Tulett became disposable.

On the day the trade window was announced, the Redwoods trade Tulett and a 4th round draft pick in next years draft to the Whipsnakes for Heningburg.

Heningburg is an outstanding offensive threat, but, the Whipsnakes were loaded offensively with Rambo, and Reeves on the attack while Ryan Drenner proved to be unconscious in the 4th quarter and OT with two game-winners in weeks 2 and 3. Drenners production forced Jules to get more looks at midfield, an unnatural position for him. Consequently, he was not getting the looks he was familiar with and looked a little lost, which is not crazy since he was the number one option at Rutgers.

Heningburg isn’t a stranger to the Redwoods squad as tensions were high between him and a couple of his new teammates:

The bottom video is the play that led to his reaction above, but, at least his teammates seem to be having a little fun with it:

In his first game as a Redwood, Jules made sure to put the rest of the league on notice as he shredded the Chrome defense with 8 points on 5 goals and 3 assists.

Those are video game numbers, that doesn’t happen, especially in this league where it’s the best players in the world your battling against week in and week out.

He put on some highlight performance plays that were deserving of a SportsCenter Top 10 nominee:

This is also an incredible stat I saw the other day, FIVE goals on TEN shots.

This dude is an absolute baller. There is no doubt in my mind he is going to take this team to the next level with his shot-creating ability, vision on the field, and selflessness will all contribute in making the Redwoods a severe contender for the first PLL Championship in September.

Here’s his disgusting highlights from the other day:

Filthy player, it will be interesting to see what they do with their attack rotation; as of right now, I think you have to stick with Kavanagh, Jules, and Petterson as the finisher. The fourth guy will either be Garnsey or Sankey, but what about even having one of those guys come out of the box for a mismatch with a short-stick.

I’m very intrigued to see what the Redwoods roster looks like this week.

Heningburgs on the field production is undeniable, but the way he carries himself off the field is just as impressive, look at his reaction to getting traded:

The Premier Lacrosse League travels to Atlanta this weekend after an impressive audience came out to Homewood Field in Baltimore this past weekend.

In Atlanta, the Redwoods take on the Whipsnakes, in what will be Heningburgs first matchup against his old club. While he probably has some friends still left on the team, I couldn’t imagine that Jules doesn’t want to make his former club pay for trading him away, no matter the circumstances, no one wants to feel unwanted or traded.

His old coach, Jim Stagnitta of the Whipsnakes had a few words about Heningburgs impressive performance this past weekend:

You might be wondering what Jules’ reaction to his coaches kind words were?

Love it. So pumped for this weekend’s action, I love this league.

I think it’s safe to say that the Redwoods are winning this trade so far, unless Tulett becomes a Hall of Famer or the 4th round pick turns out to be the next Mikey Powell.