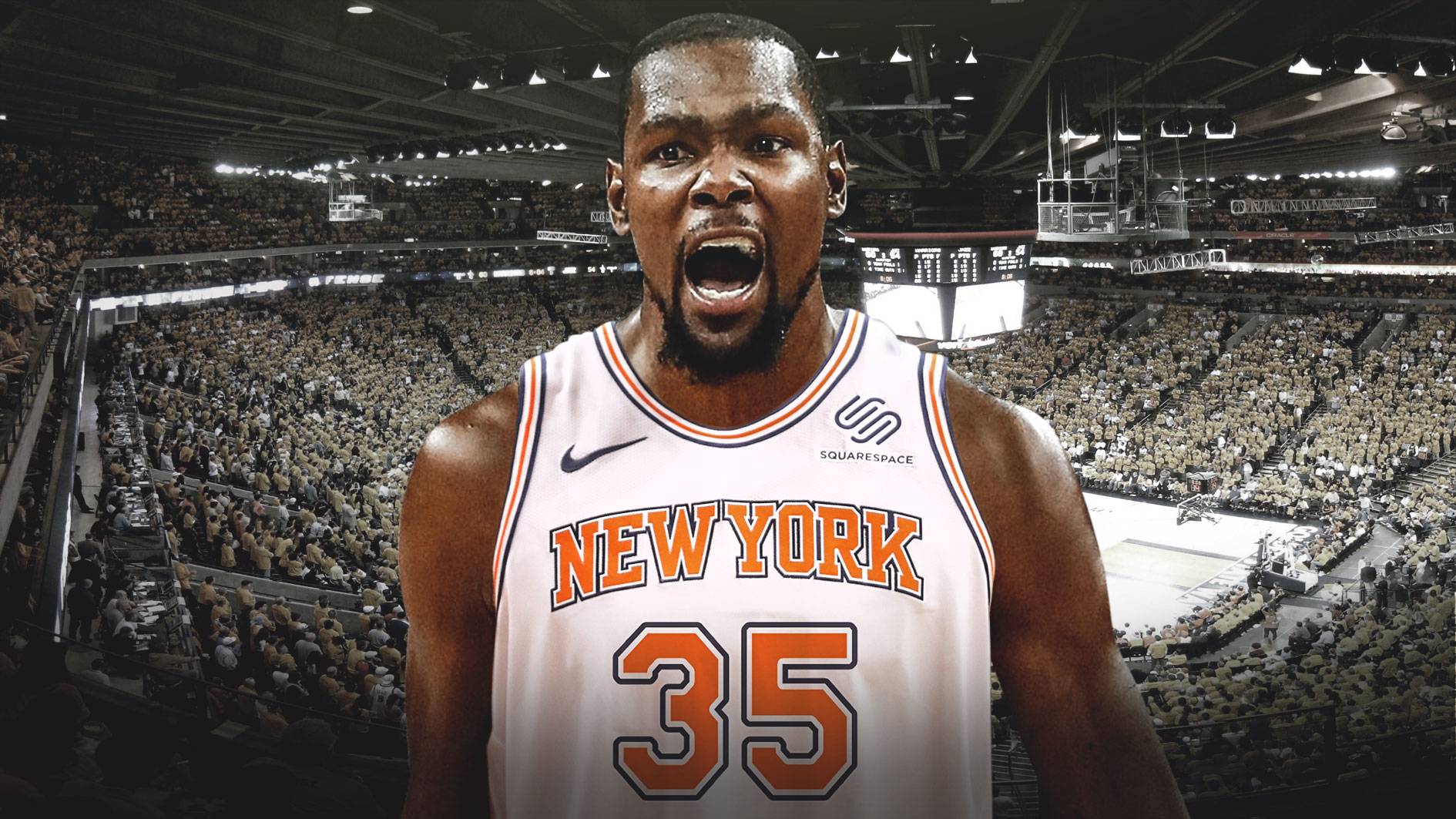 As of right now, we are less than a week away from one of the most anticipated free agencies in NBA history. With a plethora of stars available (most of their names beginning with a “K”), there is no doubt that the balance of powers in the league will shift. The biggest question mark coming into free agency surrounds Warriors’ Forward Kevin Durant, who tore his Achilles in The Finals. With this severe injury, it is likely that KD will have to sit out all of next year, but the New York Knicks still need to do everything they can to sign him.

Diving into the reasons the Knicks have been bad for so long would be a complete waste of everybody’s time, and it might even make a few people, including me, start to cry. The bottom line is that the Knicks need a star, and KD is THAT guy. 41 nights a year, Madison Square Garden would rally around Durant, cheer for his greatness, and love him no matter what. KD is the player the Knicks need if they want to turn around their franchise. He is an All-World talent and a lethal competitor. Even if the Knicks pay him the maximum to sit out a year, it would still be well worth it.

If they Knicks sign KD and save the rest of their cap space, they could tank this next season and go for another top pick in the 2020 Draft, which is said to be as deep, if not deeper, then this years Draft. During the season, Knox, Barrett, Robinson, and the rest of their young core can take the time to develop under the guidance of Durant, a 2-time champion. Durant can help them with their scoring, their teamwork, and their overall focus. Then, in the 2020 offseason, they can pick their top guy and use their remaining cap space to sign another star to pair with KD, who would then be healthy.

They could also make a move to sign Kyrie Irving, Kemba Walker, or D’Angelo Russell this offseason with the rest of their cap space. This could make them more competitive, and therefore lessen the value of their draft pick, but knowing the Knicks, they’ll still end up with a lottery pick. In this scenario, Durant would be returning to the team with a star Point Guard, RJ Barrett (who will be a stud), Mitchell Robinson, and maybe even someone else.

It’s hard to truly predict how good the young players on the Knicks could end up being, but their potential is there. If they go after KD, even if he sits out the season, they will benefit tremendously. Toronto got Kawhi Leonard after he sat out a season and look where they are. The Knicks will be in a great position a year from now if they sign Kevin Durant. After all, who wouldn’t want to see The Snake paired up with The Maple Mamba?