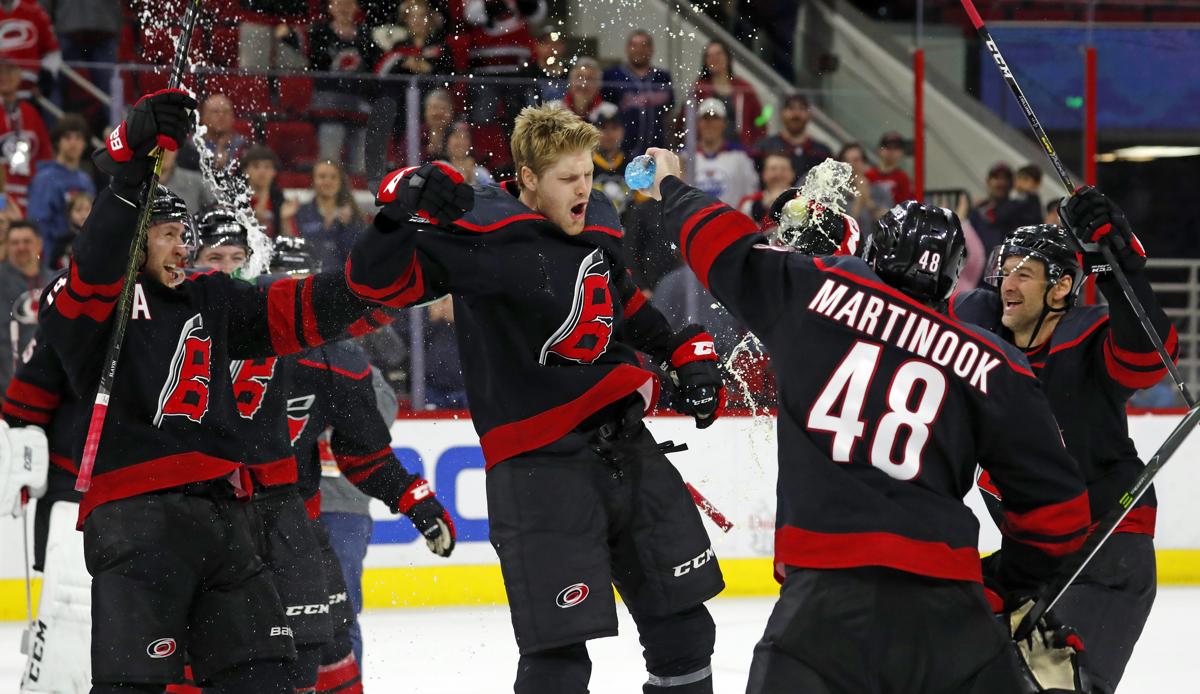 Ladies and Gentlemen, the Carolina Hurricanes just might be legit. After sneakily getting past the defending Stanley Cup champions and my favorite team, the Washington Capitals in the first round of the Stanley Cup Playoffs, they have now taken a 3-0 lead in the 2nd round against the New York Islanders. This is no small feat as well, as the Islanders swept the Pittsburgh Penguins in the first round, a team that is notorious for playing outstanding in the postseason. While I watched the Canes in the first round against my Caps, it looked as though the Caps should handily have won the series. It can be easy to blame injury on the reason why they lost, as they lost one of their top defensemen, Michal Kempny to a leg injury that wiped him out for the next 4-6 months, and later T.J. Oshie, who broke his collarbone on a dirty hit by Warren Foegele into the boards during Game 4.

Yet, Carolina is really beginning to show that the series win over Washington was no fluke. With point leaders Jacob Slavin (0 G, 12 A), Warren Foegele (5 G, 3 A) and Jordan Staal (4 G, 4 A) leading the way, along with shutdown goaltending from Petr Mrazek, and 2 appearances from backup goalie, Curtis McElhinney due to a recent Mrazek injury. The Canes also have 3 players with 7 points, and  this production is helping them rack up the wins.

Just one win away from an Eastern Conference Final appearance against Boston/Columbus (please be Columbus), the Carolina Hurricanes are shocking the world, bringing hockey to the south, and proving that they aren’t just a “Bunch of Jerks.”

The Canes brought tons of attention to themselves throughout the season due to their post-win antics at home throughout the regular season. The traditional hockey heads were not exactly on board with the moves they put on, but it definitely got the fans involved. Hockey analyst, Don Cherry motivated the Canes to continue their winning tear and their post-game celebrations by calling them a “Bunch of Jerks.” Being a hockey player in the South myself, a lot of the fans that come to the games don’t know much about the game. But through entertaining the fans and doing this after their games, they put their name back on the map, electrified the city of Raleigh, and it can be argued that they have the loudest crowd so far in the 2019 Stanley Cup Playoffs. The Canes embraced their name as the group of Jerks and ran with it, proving everyone wrong and having tons of fun along the way.

The Hurricanes have a chance to complete the sweep this Friday, in Raleigh at 7:00 P.M. This team has electrified the entire city of Raleigh, and I see them completing the sweep. How they’ll compete in the Eastern Conference Final may be a completely different story, but they just might continue to prove everyone wrong.