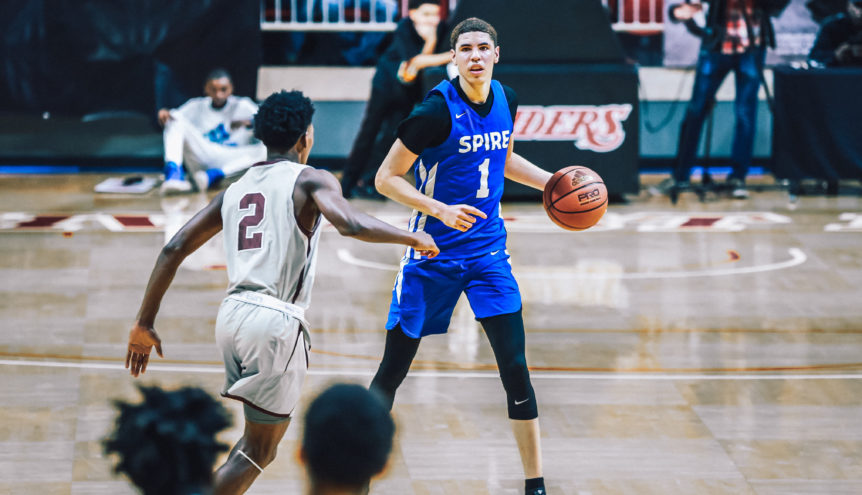 For NBA fans, this time of year typically brings at least four months of excitement; the opening of the playoffs, the NBA Finals, the always unpredictable NBA Draft, and Summer League, where newly drafted/signed players get a chance to exhibit their talents in hopes of securing a contract. One individual that has brought as much buzz to the sport as any of these events in recent years is LaMelo Ball.

The former Chino Hills and current SPIRE Academy guard has not only seen a leap in height (Now 6’7-8”), but also a jump in maturity and experience. No longer do we see the unheard of 92-point performances and crazy confidence in half-court pulls, but we have gotten to see stints in professional basketball in Lithuania (averaging 6.5PPG, 2.4AST, 1.1REB in league play) and the US with the Big Baller Brand-sponsored JBA (averaging 40PPG, 13.8REB, 11AST, 3.6STL in league play). Now back playing at SPIRE Academy, a preparatory school in Ohio, the question remained following this season:

What will he do next?

The question had various potential answers: College, G-League, back overseas to play professionally, or even another year of preparatory basketball before entering the 2020 Draft. Reports stated that LaMelo himself was potentially leaning toward returning to SPIRE for another year, even though he had reportedly been courted by the University of Southern California and the University of Kansas among other unnamed collegiate programs. The final answer came from Lavar Ball himself at the Big Baller Brand All-American Game in March. LaMelo will seek a brief career in Chinese or Australian professional basketball.

With the collegiate option however, amateurism and eligibility were brought into question. In the past, LaMelo had his own signature shoe, was the face of BBB, and technically played professional basketball overseas. All three of these factors, according to standard NCAA regulations, strip Ball of his eligibility and amateur status. As this became apparent, there were rumblings that the Ball family would seek legal action if eligibility wasn’t immediately granted. As this is no longer necessary for LaMelo or the family, it raised concerns over future instances of eligibility issues.

Regarding amateurism, paying student athletes, and eligibility, the NCAA has a lot to comb over in the future. While this potentially landmark case was never heard, one can only imagine its implications and the impact it would have had. Having that said, the future is bright for LaMelo Ball, and I predict we very well may hear his name called in the 2020 NBA Draft as long as his development in skill and maturity continues.

Regardless of his maturity, I couldn’t bring myself to end this without including arguably one of LaMelo’s greatest highlights of his playing career thus far. You’re welcome.