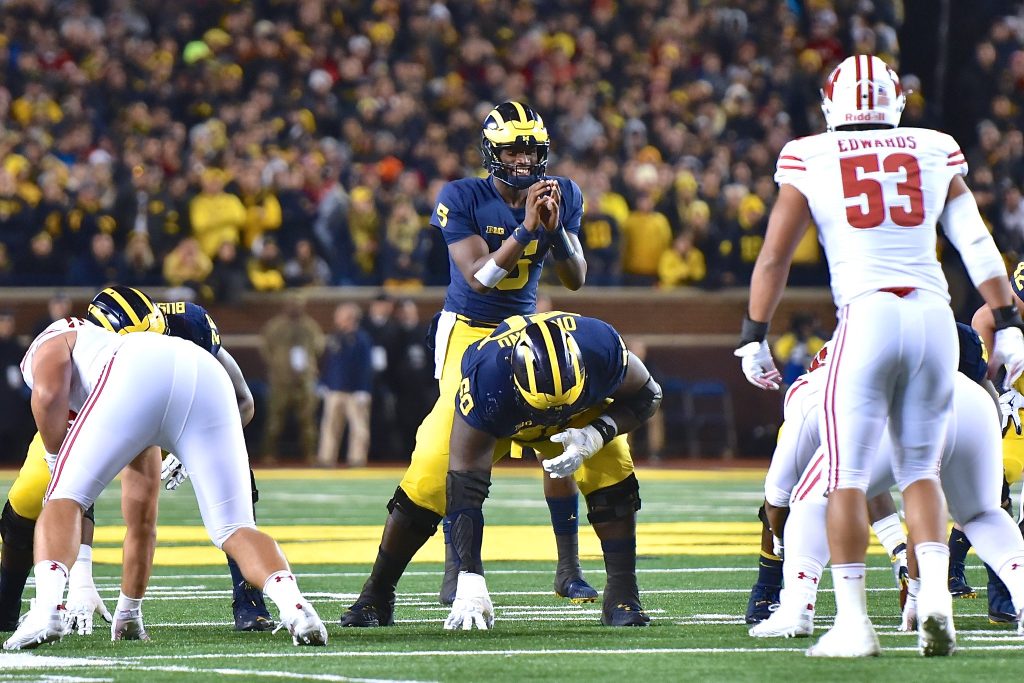 It took much deliberation on the part of the Big Ten conference and a new emergence of rapid testing, but despite the continuation of the COVID-19 pandemic, there will be Michigan Wolverines football in 2020. The No. 18 Michigan Wolverines begin a eight-game, conference-only season with a road game against the No. 21 Minnesota Golden Gophers as they battle it out for the Little Brown Jug, the oldest trophy in college football.

Things really began coming together for the Gophers in 2019. In his third season as head coach, P.J. Fleck led the team to an 11-2 record with big wins against Penn State in the regular season and Auburn in the Outback Bowl en route to a top ten finish. The team also came within a game of its first Big Ten West title in school history and they’re more than hungry to finish the job this season.

The Gophers lost some key pieces on its high-powered offense, but it returns quarterback Tanner Morgan and wide receiver Rashod Bateman, who won the award for best receiver in the Big Ten and may be a first round pick in the 2021 NFL Draft. The defense loses seven starters including star safety Antoine Winfield, but it still has two great corners in Coney Durr and Michigan-transfer Benjamin St-Juste who each had 10 pass deflections a season ago.

The Wolverines typically boast one of the better pass defenses in the Big Ten year after year. In fact, the maize and blue have finished with a top-two pass defense in the conference each of the last five years, allowing no more than 175 yards per game. However, this unit loses some key playmakers including their starting corners Lavert Hill and Ambry Thomas. This young unit will be tested early by Rashod Bateman, who caught 60 passes for 1,219 yards and 11 touchdowns a season ago.

It appears that Don Brown will tab Vincent Gray-the only cornerback with experience as a starter-with the task of neutralizing Rashod Bateman. However, it pays to have a plan B or even a plan C in a game of this magnitude. Doubling Bateman doesn’t appear to be on the table at the moment, but perhaps they could consider bracketing him with a safety up top like, say, Daxton Hill. Regardless, the Wolverines will be hard pressed to find an answer as they were burned on big plays by Penn State’s KJ Hamler, Ohio State’s Garrett Wilson and Alabama’s Jerry Jeudy in some big games in 2019.

How Michigan’s Runningbacks Will Be Used

Though there are a ton of questions regarding how productive certain units will be, the running back group stands to be arguably the best on the team. The Wolverines return starters Hasaan Haskins and Zach Charbonet from a season ago, the latter of whom has now fully recovered from a knee injury he suffered in his senior year of high school. Additionally, the team will return Chris Evans-who was the second leading rusher on the team from 2016-2018-after missing the 2019 season due to academic probation.

So it’s not so much that there aren’t options in the backfield. It’s just hard to tell how they’re going to be used. Michigan has been working to create more “explosive runs” so which back is most capable of that? Which one will get more carries in the trenches or on QB draws? How will they work Chris Evans back into what has become a more crowded rotation? Will he be used more in the run game or the pass game? It should be noted that the last time he faced the Gophers in 2017, he ran for 191 yards and two touchdowns on 13 carries.

Following the graduation of Shea Patterson, Joe Milton and Dylan McCaffrey were left to battle it out for the starting job. There didn’t seem to be that clear of a frontrunner until late in the offseason, when McCaffrey opted out of the season and announced his plans to transfer, all but handing the keys to Milton.

To say the redshirt sophomore out of Florida will be under a lot of pressure in 2020 would be an understatement. Milton will be asked to be the kind of playmaker that wins championships with just nine games to prove himself all while Jim Harbaugh is entering the penultimate year of his contract and with five-star commit J.J. McCarthy on his way to Ann Arbor after the season ready to compete for Milton’s job. The players and coaching staff have great things to say about the strong-armed Milton and you would think he’s the second coming of Tom Brady with all the hype he’s getting from fans on Twitter. However, until he takes the field for a regular season game, nothing can be certain.