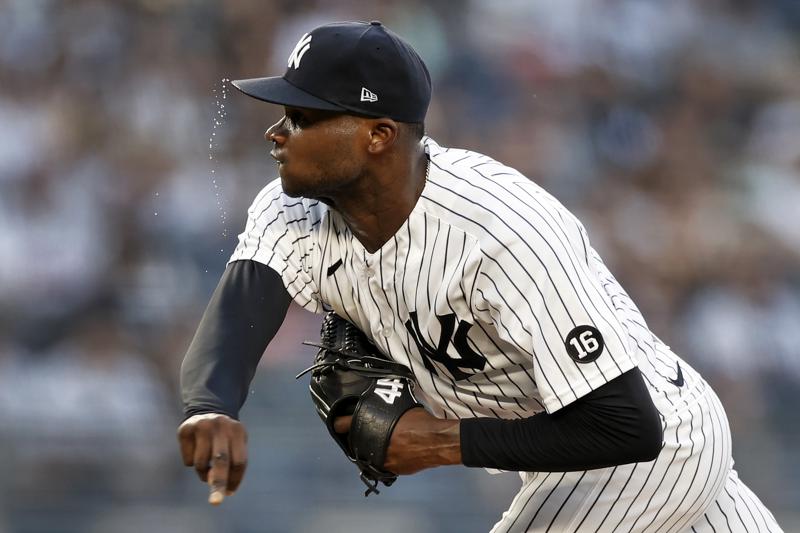 The New York Yankees (48-44) may not be in playoff position at the moment, but they are not far behind. Coming off a day’s rest after their weekend series victory over their rival Red Sox, the Yankees are sitting three spots out of a Wild Card and in fourth place in the American League East. Tonight, however, New York can advance up the American League standings by a couple notches with these following scenarios:

Plain and simple: a victory against the Philadelphia Phillies keeps the Yankees in the hunt and also above teams sitting right below them such as the Indians (47-44) and Angels (46-47). However, a said victory would also require some help elsewhere in the league.

The AL-East rival Blue Jays are a half-game above the Yankees in the loss column with a 48-43 record. Along with a Yankee win, the team would move past the Jays by a half game in the win column if Toronto loses to the Red Sox. Although this would not result in gaining on Boston in the division lead, this scenario would give New York the help they need to inch closer for a playoff spot.

As the top AL team in the hunt, the Seattle Mariners sit three games below the Oakland Athletics, who currently hold the number two Wild Card spot. If Seattle loses to the Colorado Rockies, then the Yankees will move ahead and claim the top AL non-playoff spot in the standings. As a bonus, if the Athletics lose to the Los Angeles Angels, the Yankees would then see themselves three games behind Oakland.

While these scenarios may sound a bit far-fetched, it is possible, to say the least, for the Yankees to advance up the AL ladder. Every win for the Yankees going forward is crucial, but they also need all the help they can get from around the league if they want to play in October.