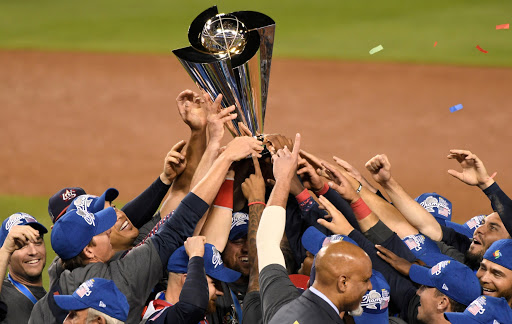 Times seem to be dark in the sports world currently. All of 2020’s biggest events have been pushed back or even completely cancelled. Even though the qualifiers for lesser known baseball countries have been suspended, the 2021 World Baseball Classic has yet to be touched. Assuming it can still be played next year, it’s time to speculate what some of the rosters could look like if they were made up of the MLB’s best players. These rosters are purely speculation, as players haven’t confirmed their participation yet.

The reigning champions of the tournament are going to look very different from how they looked last time, when they were led by Adam Jones, Ian Kinsler, and Andrew McCutchen, but next year’s team might be even stronger.

They came in second place last time out, and they’re looking to rebound with their first championship. They have a few weak spots in their roster where they might have to dip into their national teams, but their depth on the left side of the infield leaves them with a dangerous team with a lot of options. Since 2017, Carlos Beltran, Mike Avilas, Angel Pagan, and Kennys Vargas have all faded out of baseball.

The DR won the whole thing back in 2013, but disappointed their fans with their 2017 performance. They always have a loaded roster, and they are looking to bounce back strong. They might have the strongest roster of any country headed into the WBC. Look out for former outfielder Jose Bautista who reportedly is trying out to make their bullpen.

Venezuela is another country with a deep talent pool. They could assemble a roster of highly successful MLB players. Despite their extraordinary talent, they have yet to find success in the WBC. Maybe 2021 is their year.

Major League Baseball players come from all over the world, but many of the other teams in the WBC fill their rosters with players from leagues on their own soil. Cuban born players that came to America have not been allowed to represent their countries in the past. Other countries not listed above have handfuls of talented MLB players going to represent them. Those countries include: