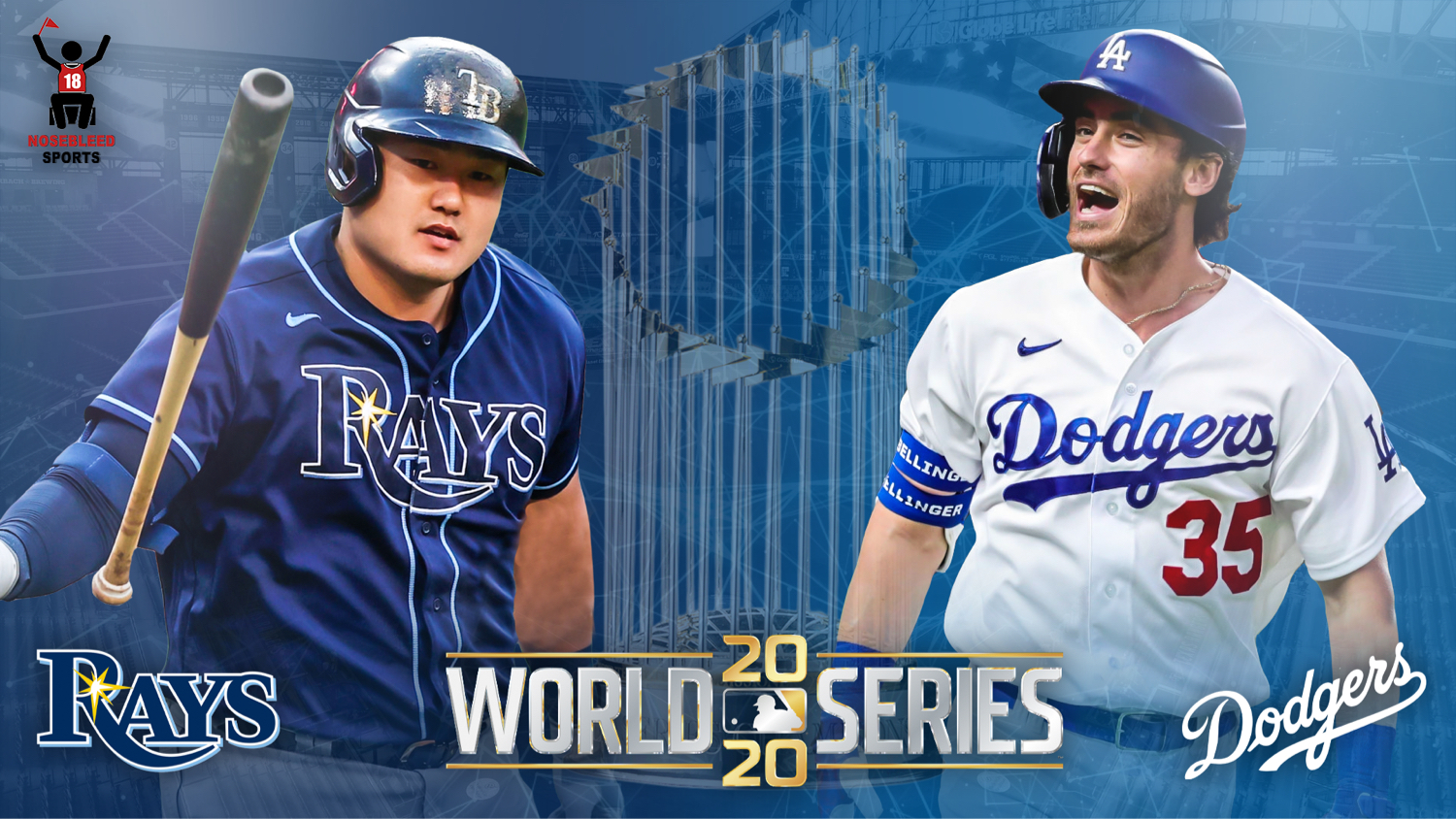 In a year where so much has gone wrong both within and outside of baseball, the 2020 season concludes with a matchup that just feels right.

The two teams that spent most of the regular season on top of their respective leagues while putting up great team numbers under sound management will now battle it out for the Commissioner’s Trophy. Though we would all love for the series to go between Tropicana Field and Dodgers Stadium instead of Globe Life Field in Dallas, we still get a matchup that’ll be fun to watch. Now for a look at these teams.

All those years of built a juggernaut through analytics have finally paid off, as the Rays make their first World Series appearance since 2008. Tampa spent the regular season fending off the Blue Jays and Yankees for the AL East crown and even knocked them off in the Wild Card round and Division Series, respectively. After getting ahead of the hated Houston Astros in the ALCS 3-0, they lost three straight games to even the series as the ghosts of the 2004 Yankees could be seen in the nosebleeds. In Game 7, the Rays rode two home runs and a two-run, nine-strikeout performance by the pitching staff to their second pennant in franchise history.

You can’t mention the Tampa Bay Rays postseason effort without coming back to Randy Arozarena, the rookie outfielder who has taken the baseball world by storm. Arozarena has seven home runs and 10 runs batted in with a .382 batting average in the team’s 14 games. The rest of the Rays lineup includes outfielder Manuel Margot and catcher Mike Zunino, who’ve combined for nine home runs and 19 batted in. Keep an eye out for first baseman Ji-Man Choi. Although his numbers aren’t spectacular, his batting average has gone up with each passing round.

The pitching staff features a combination of talent and depth unrivaled by anyone else in baseball. The Rays don’t usually need much out of their starters, but Tyler Glasnow, Blake Snell and Charlie Morton all provide quality innings and more to start the games, which will come in handy against such a potent Dodgers lineup. In the bullpen Pete Fairbanks brings a strong fastball and his 13 strikeouts are the most among Tampa relievers this postseason. Diego Castillo gets lots of innings and has held postseason batters to a 1.08 ERA. Nick Anderson has been the closer for the Rays the whole season, but he hasn’t been at his best in October.

There isn’t anyone who manages a pitching staff better than manager Kevin Cash, as strange as his methods may seem at first glance. That’ll be more important than ever over the course of the next week or so. With the Rays now on their biggest stage in over a decade, the possibilities of what he might do are endless; Does he save his starters for the later innings? How long will his starters usually go? Will it matter how good they’re doing? The answers to those questions and more could be the difference between the first world title in franchise history and coming up short, especially with Blake Snell going in Game 1.

While the Rays’ appearance comes after years of analytical building, the Dodgers reach their third World Series in four years with the second-biggest payroll in baseball. There wasn’t much question that Los Angeles would return to the postseason let alone win the NL West. However, they began to really separate themselves from the pack after sweeping the Brewers and Padres in the first two rounds, the latter of whom had taken the baseball world by storm in the regular season. The NLCS didn’t start off pretty as the Dodgers went down 3-1 to the Atlanta Braves. However, after some heroics from newcomers in Games 5 and 6, it was Cody Bellinger who sent the Dodgers back to the Fall Classic with a solo home run in the bottom of the seventh in Game 7.

Once again the lineup for the Angelinos is one of the best in baseball. As a team, Los Angeles hit .256 with 18 home runs and 66 runs batted in this postseason, all the highest marks of any team in the National League. This year those contributors include the usual crowd of outfielder Cody Bellinger, infielder Max Muncy and outfielder Joc Pederson, who was almost traded away in the offseason. However, it’s been shortstop Corey Seager-whose nine hits, five home runs and 11 runs batted in for the NLCS were enough to get him the series MVP award-who’s spearheaded this group when it’s mattered most. Mookie Betts is everything the Dodgers hoped he would be after acquiring him from the Red Sox in the offseason and signing him to an extension, as his highlight-reel catches in the NLCS would tell you. Meanwhile, Will Smith is coming into his own as the starting catcher of the team.

The pitching staff may not be as deep as their counterparts from West Florida, but they make up for it with the star power they have. The Dodgers rotation is headlined by Walker Buehler and Clayton Kershaw with Dustin May making a real case for rookie of the year.

The bullpen is often headlined by the likes of Tony Gonsolin, Brusdar Graterol, Pedro Baez, Blake Treinen and Kenley Jansen, who’s seen his reliever duties dispersed among his teammates this October. Keep an eye out for how manager Dave Roberts uses Julio Urias. The top-prospect-turned-bulk-bullpen-arm has allowed just one earned run in 16 innings, the second most on the team this postseason.

It’s clear that the Dodgers have the kind of front-end talent to compete with anybody as the Brewers, Padres and Braves can tell you. However, this is a series where every part of the active roster will be tested. Los Angeles has more than enough hitters to compete with Tampa, but there are some parts of the Dodgers pitching staff that have not quite held their weight. Tony Gonsolin has been called on quite a bit in October, but he’s been hammered for a 9.95 earned run average. Blake Treinen and Brusdar Graterol also have ERA’s north of four in 5⅔ and 8⅔ innings of work, respectively. The starting pitching and other bullpen arms won;t be able to hide them forever and they’ll need to step up in order to bring a title back to Chavez Ravine for the first time since 1988.

The Rays have gotten a lot of big hits when it’s mattered so far, but I find it hard to trust a team whose lineup has a .209 team batting average and 150 strikeouts. You need to be able to hit for both power and contact in the Fall Classic, and the Dodgers do that better. Meanwhile, although Tampa has the pitching advantage in both talent and strategy, they haven’t faced a lineup as deep, as consistent and as talented as Los Angeles, whose starters and bench players are capable of giving anyone fits. Kevin Cash and Dave Roberts will make it quite the chess match with the decision they make (or don’t), but in the end, the Dodgers are just too hungry to avenge the failures of the past few years.