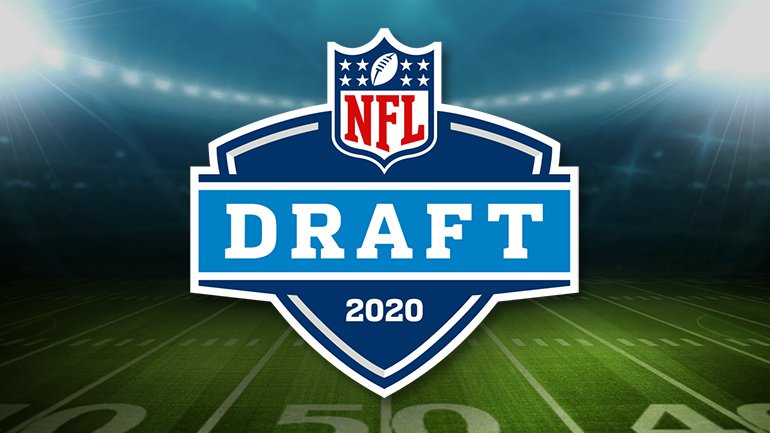 Analysis: Exactly what we all saw coming. Exactly what they needed to do. The Dalton era is officially over and Joe Burrow is now the face of Cincinnati. Here we go.

Analysis: If the Redskins were to pass on Chase here, it would have gone down as the biggest draft mistake in NFL history. I promise you. But alas, Dan Snyder and company gets one right. They have a future star in this kid.

Analysis: Honestly, a great pick. I really thought they were going to make a mistake and take Derrick Brown here (overrated, in my opinion). Okudah is great in press coverage and is the perfect replacement to develop in place of Darius Slay.

Analysis: Thomas was not the best tackle available here. Wills, Wirfs, Becton, even Josh Jones all would have been better picks. I really didn’t even think of Thomas as a first round talent. They fill a position of need, but yikes. Gettleman not winning brownie points with Giants fans.

Analysis: Obviously, the injury concerns are…well…concerning. But, the talent of Tua is undeniable. And the last time Miami worried about injury issues, they signed Daunte Culpepper over Drew Brees. A decision that will forever live in infamy. Not this one. I have a great feeling the Dolphins made the right choice.

Analysis: I think this was the safest pick for LA. Herbert has a lot of potential and was the best quarterback available. And they clearly aren’t sold on Tyrod for the future. Can you blame them?

Analysis: The hype around Brown is just too big. Expectations too high. He’ll be a mediocre starter in the league at best. Kinlaw was the best interior lineman available, plus Simmons is still here? Gotta say, swing and a miss here for Carolina.

Analysis: There’s a lot of potential for Simmons to be great. I just saw that video of him racing Etienne for the first time ever when ESPN aired it. That’s insane, and super impressive. But can he really play everywhere? It will definitely be interesting how Arizona utilizes their newest addition.

Analysis: This guy is legit. While I think the Jaguars need someone else at quarterback than Minshew, look for them to peek at Jordan Love at #20. Great pick to replace Ramsey and Bouye. Jacksonville defense will be top tier again very soon.

Analysis: Best tackle available. Mayfield needs protection and when I saw Wills was falling here, I knew instantly the Browns were going to take him. And so did the Browns. Did you see how fast that quick came in? Anyways, great pick. Smart pick.

Analysis: Darnold has no one to throw to. So the Jets help by…giving him more time to have no one to throw to…? Becton is a great player but Lamb and Jeudy were both available. Two much better impact players. Not sure about this one.

Analysis: Speed is becoming increasingly important in this league. This is a good pick, but again…Jeudy and Lamb are still on the board!!! Can’t believe those guys haven’t been taken yet. Anyways, interesting pick by Chucky, will pan out but hard to understand, really.

Analysis: Gotta protect Brady. The Bucs did the logical thing and made sure the GOAT has his guys up front. While Wirfs has been looked at as a tackle, we could definitely see him slide inside to guard at some point.

Analysis: The perfect replacement for DeForest Buckner. I almost feel like they scammed the Colts here by getting this pick and an extra one. Kinlaw is going to thrive on that defensive line, and it is now the scariest front four in the NFL.

Analysis: I thought the Broncos were going to have to go with Ruggs. Well, apparently not. They sit, wait, and land the best receiver in the draft. Pat Shurmur is going to crazy with this offense. Looking incredible. Now the Broncos just need to work on their secondary and they are going to be right back in the Wild Card talk.

Analysis: The Falcons took a leap of faith here…and I don’t like it. They could have taken Chaisson here and added on to their great front seven. Or they could have picked Jeff Gladney or Jaylon Johnson. I just…I don’t know. Better guys available here.

Analysis: While I love Lamb and think he’s going to be great across from Amari, the Cowboys need help elsewhere. Replacement for Travis Frederick? Help on defense? This offense is about to go crazy, but every game could be a shootout.

Analysis: This was a very smart pick by the Fins. He is a great lineman with outstanding footwork and power. The Dolphins could have taken someone who was projected higher, but they went with their gut and I think it’ll work out. Great first two picks, Tua and the guy who will protect Tua.

Analysis: Pretty early for Arnette. I think the Raiders could have waited for Round 2 to grab him, but I mean hey. Another instance of go get your guy. But…really? I think he could be a great talent, but the fact they went up this high to get him just kinda makes me shake my head. Come on, Mayock.

Analysis: I like it. I like it a lot. Defense is being revamped already and it seems the Jags are preparing for the exit of Yannick Ngakoue. Put this guy across from Josh Allen? Wow. Scary. AFC South quarterbacks are in some trouble.

Analysis: This was one of my favorite picks of the draft so far. I wanted Reagor really bad for my Vikings, and fell to the floor in agony when they announced this pick. Reagor is going to be great for the Eagles and they needed him badly. According to ESPN, a rival cornerback said he still has nightmares about Reagor. That should tell you something.

Analysis: Like I said, I wish we got Reagor. But, I’ve been talked into it by my family and friends. I’m happy with it. Jefferson was a huge part of LSU’s championship season and now can jump right in to replace the hole Stefon Diggs left.

Analysis: This fills a major hole that the Chargers had. They tried to get vet Thomas Davis to come in and make an impact last season to no avail. However, you throw Murray into this slowly improving defense, and this is a B+ move. Maybe a couple other better choices here, but not too shabby, Telesco.

Analysis: A big, BIG need filled by the Saints. I felt like they couldn’t go wrong here with him or Patrick Queen. And they went the offensive route. Protect Brees and open up some holes for Kamara. This is a pick that will really improve that interior line. Ruiz is a great talent.

Analysis: Aiyuk is a raw talent from the Sun Devils that gives Jimmy G someone else to throw to rather than just Deebo and Kittle. Smart to trade up here because I am sure if the Niners would have waited he would have been gone.

Analysis: I can’t give this pick enough pluses. Best pick of the draft, smartest pick of the draft. Must prepare for the future after Rodgers. Love is the same age as Rodgers was when he was drafted and the Packers had Favre. As a Vikings fan, I’m disgusted to see him in a Green Bay hat right now. But man, great pick by Gutekunst and LaFleur.

Analysis: Before Patrick Queen? Really? Next.

Analysis: See Seattle? This is what you were SUPPOSED to do. My goodness. But I digress. Queen is a great athletic player who showed how well he can play in the National Championship against Clemson. The Ravens improve their defense significantly with this future Pro Bowler.

Analysis: Meh. They replace Jack Conklin but I felt like there were two specific names still left on the board that were better. Ezra Cleveland and Josh Jones. Both guys have received more attention than Wilson, and likely will be better in the league. However, I could be wrong, and they fill a position of need. Solid C+.

Analysis: This was a really, really, really bad pick. They just paid Xavien Howard and Byron Jones a LOT of money. Did they forget that? Did they also forget they’re the Dolphins and have many other glaring needs? Wow. Great first two picks and now they just fell flat here. Xavier McKinney or Antoine Winfield Jr. at safety would have been way better.

Analysis: I’m not sure how I feel about Gladney here. Smaller build type of guy who will really need to step into Zimmer’s defense to make a big impact. A friend pointed out to me that Big 12 defenses are trash and that he shouldn’t have been regarded so highly. Well, can you really blame an entire defense on one guy? Big answer is no. We’ll see how this pans out.